From Minecart Rapid Transit Wiki
Jump to navigation Jump to search
Not to be confused with Aero Aviation.

Aero (stylised in all lowercase) is an airline company founded and owned by worrski. It was founded on July 16, 2020.

On July 28, 2020 worrski started working on her planned airline aero by purchasing a Climax Y10A and a gate at the new Deadbush Valletta Desert Airport. On August 13, 2020, aero joined the SkyNation Alliance, which allowed them to link up the VDA gate with a gate at FYI. Once TSA Phase 2 opened, aero also began operating from Deadbush Valletta to Titsensaki Sealerwhale International Airport. In September 2020, aero announced aero regional, which would operate flights from helicopters, seaplanes, and small airplanes; its first flight was that month from Central City Heliport to Funnyland. In early October, aero left SkyNation Alliance after news broke out of the Modgate controversy, which had stems in a SkyNation group chat. Shortly after it was announced that the airline would be joining the Stanley Air Alliance.

The airline ultimately came to a standstill when worrski was indefinitely banned from the server on October 21, 2020. aero and its parent company BenCo were absent in her will. However, they would successfully return to the server more than a year later on March 20, 2022, after submitting a successful ban appeal. Thirteen days later, time2makemymove announced that aero would be joining the HiWorld Alliance.

On July 30, 2020, two years after the airline had claimed their first ever gate in Deadbush, worrski announced that Concourse B of the new Deadbush International Airport would be known as the aero concourse, and would be served entirely by aero. This would be completed with a new headquarters building in Deadbush's Southwest City suburb, which opened for business on August 2nd. 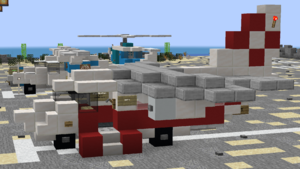 These are planes that aero currently hold in their fleet.