Anthro Island is a island situated in the eastern part of the New World, in the middle of the Quindici Sea, founded by RacCort. The island is home to various small towns and was founded on the day Zeta Server opened. It was the first recognized Councillor, Mayor & Senator town founded in the Zeta region.

Anthro Island started after the opening of the Zeta Expansion on the New World. It is situated in the middle of the Quindici Sea in the far east part of Zeta. The town reached councillor and mayor rank in less than 1 month. The town has been featured in many gameshows.

You can get to Anthro Island via the Regional Airport located in the north side of the island. Anthro Island Airport (IATA: AIS, ICAO: NAIS) is a focus city for the airline Waypoint Hopper. This was the first airport built on the Zeta World. It is managed by Punta Airport Company.

The Port of Anthro Island has multiple connections to cities around the MRT Server. It is located on the west side of the island. Companies that serve the waterport are: Hummingbird Boat Lines, Savannah Ferries and BART Boat.

Where we come from Statue 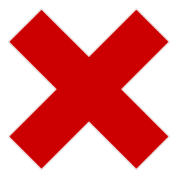 Coordinates: 24069, 66, -1617 The "Where we come from" statue located in the north-west point of the island is the main landmark of Anthro Island. Three members stare in the distance towards Central City, where everything started.

Coordinates: 24205, 68, -1540 Inside the Cty Hall you can find the Mayor and Deputy Mayor offices. The structure has 0 carbon emissions and it is self sustainable. Purified water directly from the Anthro Glacier flows from its roof.

Coordinates: 24293, 64, -1293 Magma Beach is one of the most famous beaches on the island thanks to its underwater magma ravine located just west of the seashore. Multiple excursions start everyday to visit this incredible natural underwater maze.

Coordinates: 24271, 68, -1552 The Wave Theatre is the main venue in Anthro Island. It started to gain popularity after Murrville's win at the MRTvision Screenshot Contest where this theatre was featured. The structure lays above the ocean water and the view from the auditorium is breathtaking.

Coordinates: 24540, 96, -1488 The Public Library is the perfect place if you need to relay with a nice cup of coffee and a good book. 3 floors of books, a dedicated private study area, PC area and a coffee bar make this the perfect place for students and book-lovers. Its open-air concept allows natural ventilation to cool the entire building.

Coordinates: 24598, 89, -1521 You probably already saw a ton on Spleef Arena, but Anthro Island's one is sure one of its kind. Its diamond-shaped field and the amazing views make this one of the most strange stadiums on the MRT server.