AstroCorp started out as AstroOil, a oil company started by Conric005 the day he reached member status. While trying to find somewhere to build his headquarters, RLCrafters reached out to him asking if Conric could put the HQ in his town of Svobodny. RLCrafters set out an area for Conric to build, and the global HQ for AstroOil was created. The building still stands today, and is still used as the headquarters for the AstroOil department.

After the first HQ was made, AstroOil started to expand. The first ever regional HQ was made in the town of Frostbite. Sometime later, the regional HQ in Mega Motion City was built. Mega Motion City has an MRT Line connection, so that was the first time anything AstroCorp related was close to an MRT station. The regional HQs are still used by AstroCorp, but the signage hasn't been changed for any HQ. These beginnings paved the way for a name change...

Changes in the company

This point in AstroCorp history marks the point where the parent company for AstroOil was created, called AstroCorp. With this parent company in place, AstroCorp could expand into new industries, and a new franchise was born. This was the creation of AstroSlurp. AstroSlurp started out as a small franchise in the town of Frostbite, where the first regional HQ was founded. From there, AstroSlurp expanded to the town of Kevtropolis. After that, more and more locations were built, serving the classic soda, Thicc Juice.

It was at this time that the current AstroCorp HQ was built in the town of Seoland. A new regional HQ was made in Sunshine Coast, and it's still being worked on today. That was the first part of what we'll call the "Fresh Start" time in the company. The next part was the great AstroSlurp re-numbering project, where every known AstroSlurp location was visited, and all locations were counted, including ones in towns that had multiple AstroSlurps. During the project, a list was created in book form so that the number of AstroSlurps would never be forgotten.

AstroSlurp is a custom soda shop where customers choose a soda, an infusement, and a dessert. The company has 16 locations so far. It is notable for its signature Thicc Juice and always custom restaurants. 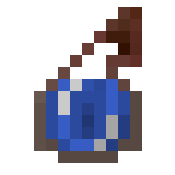 AstroOil is an oil company with regional headquarters in towns such as Svobodny, Frostbite, and Mega Motion City. more info coming soon