The Bakersville IRT system is a metro line run by the BTA that serves Bakersville. It was funded by FredTheTimeLord on November 26, 2016. Court Street and City Hall Station were the first stations built, creating the original route of the 1 Line. Soon, the original Bakers Street Station (Not to get confused with Bakers Avenue) was built, being a transfer from the classic 1 line to the newer 2 line. Bakers Street Station was renamed Union Plaza.

Each service is assigned a color. Within each color is a different line for the service, sort of like branches. The IRT uses a number system, while the BMT and IND use letters.

Throughout the system's history, the Bakersville Subway has had various different maps. 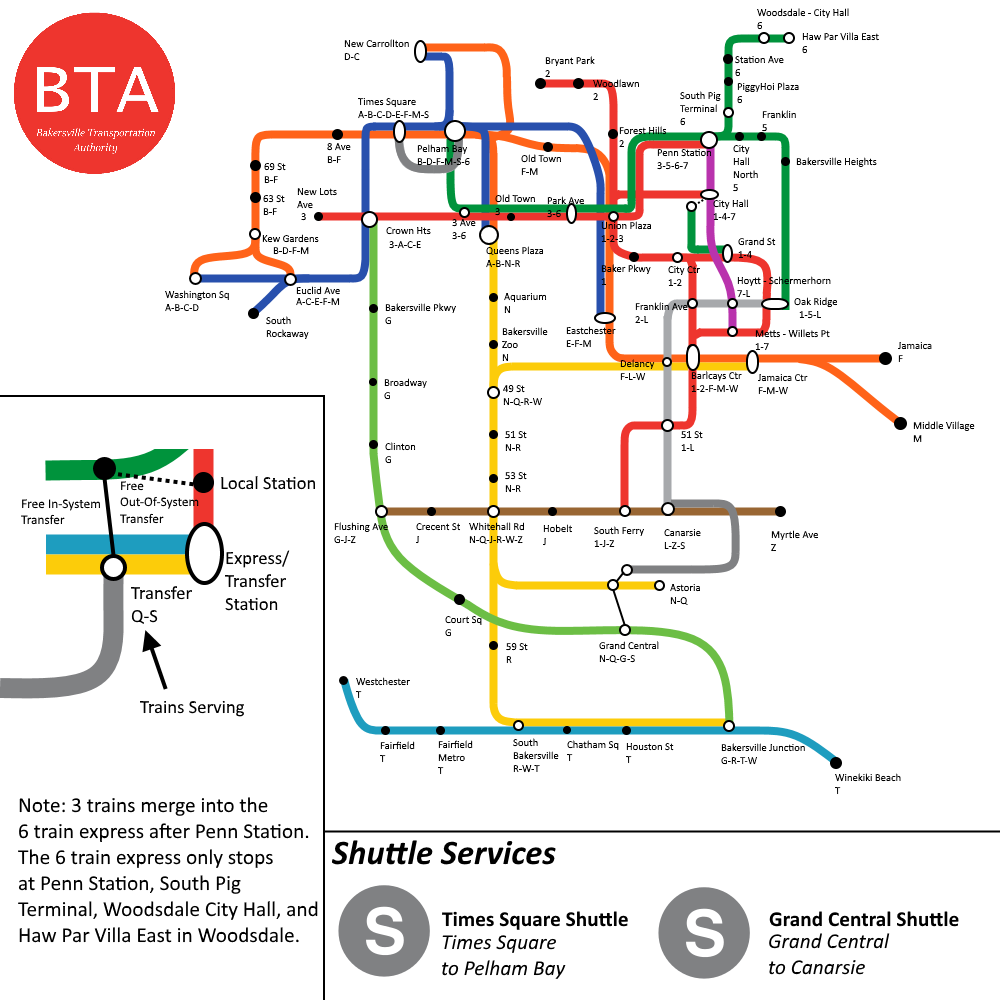 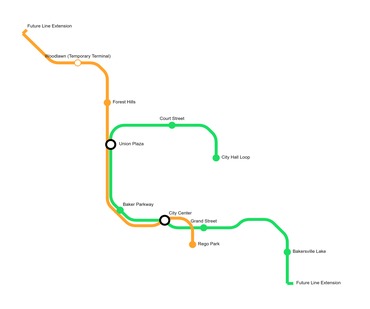 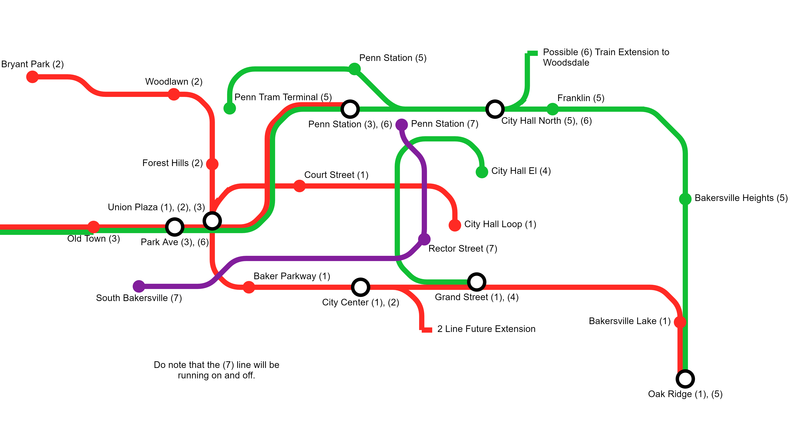 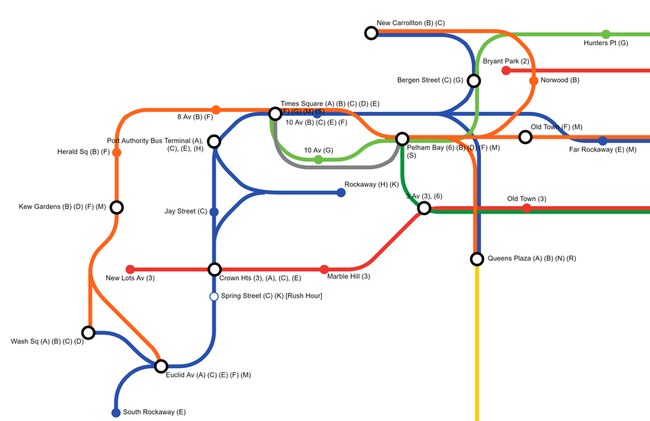 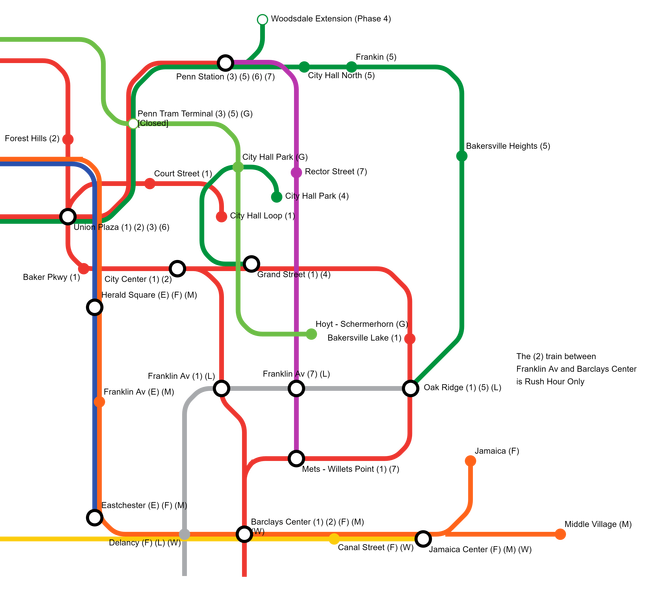 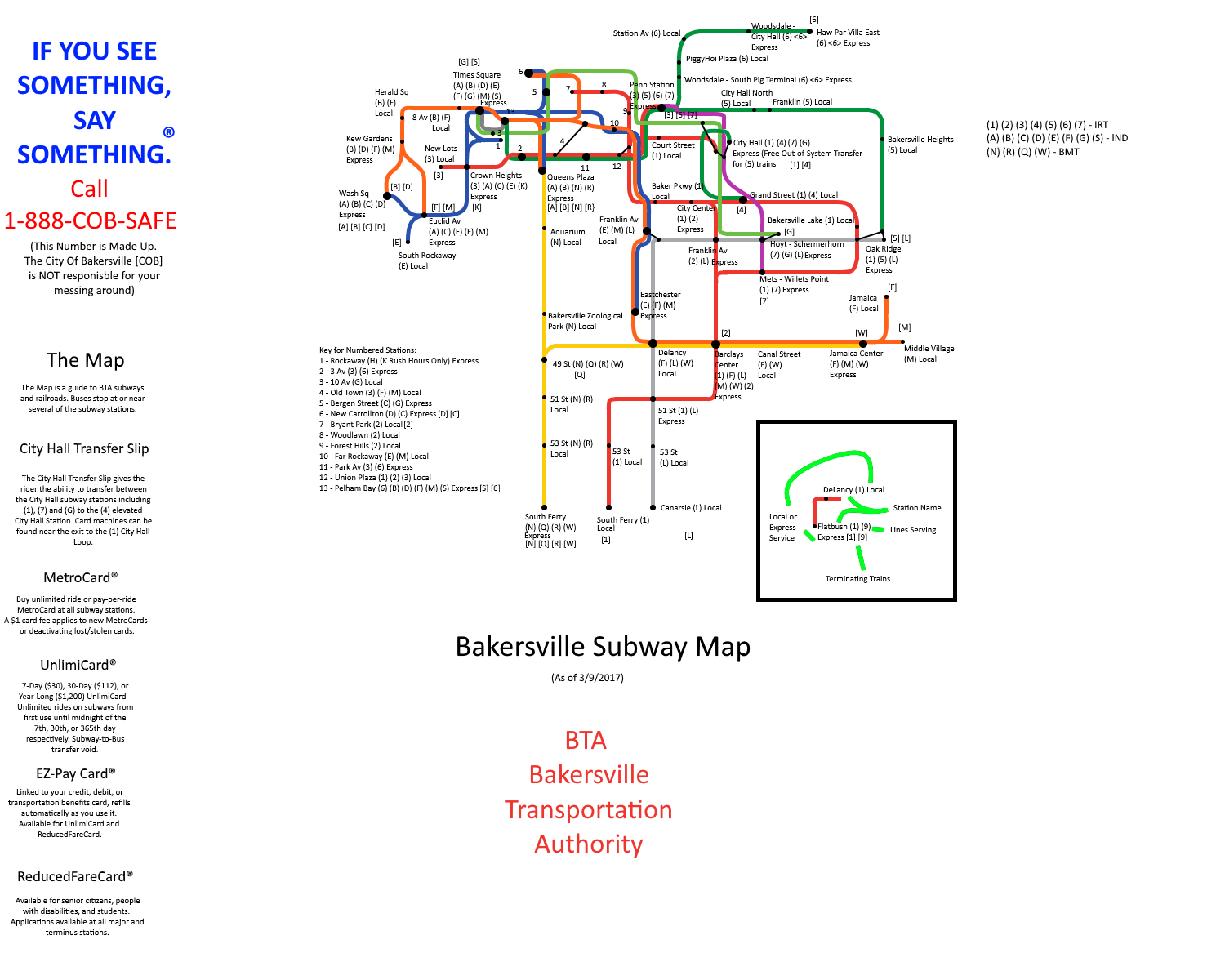 The classic IRT consisted of 2 lines, with different colors.

The revamp era was the golden age of the IRT, and the first major upgrade to the system. It consisted of newer bullets based off the New York City Subway. The bullets are outdated, but have been conformed to be used for other town systems.

This is the most recent update of the bullet designs, following the ones of the MTA. They are used for the IND and IRT lines and will stay the same until all bullets are used.

North of City Hall Loop is an unused station, the only station in the system to have been built and never opened. The present name plaques are inaccurate, as they should say "City Hall Park". The only street exit is an air shaft near the elevator to  ZN9  Bakersville - Penn Station and the building for Court Street Subway Station. The station can be viewed by any