BaseBus is a new Bus Company whose goal is to connect the new world via bus!

We are currently looking for destinations to operate to. If you would like BaseBus service in your city, please let me know ingame or on the Talk page.

Also, feel free to talk to us if you need local buses for your city.

Cities with buses pasted in, but needs a route:

Cities that have expressed interest, but no buses or routes yet:

Feel free to change the status of your city to "approved" or "denied". If you posted your city on the talk page, it is assumed that you have approved BaseBus service in your city, so I will put it in as Approved.

BaseBus is officially open for service on these routes:

To be extended to Whiteley Turing Square, transfer will be available to Line 57

To be extended to Venceslo. Thespe Providence stop to be moved to the Zerez International Bus Terminal, which has been Approved. 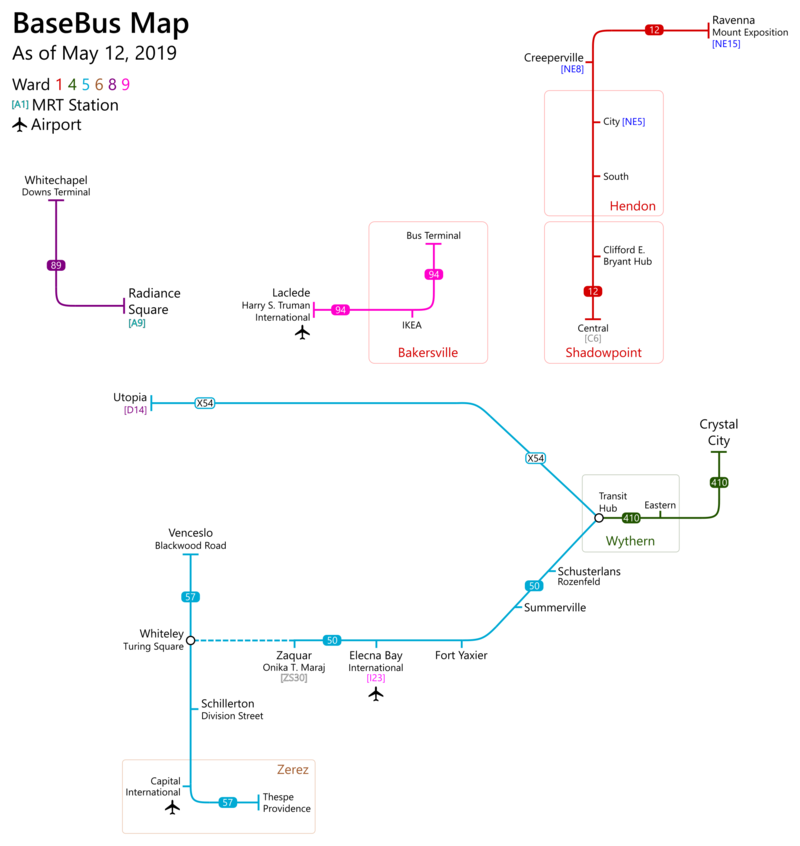 This is the current ridership statistics for BaseBus, as of September 2, 2017:

There will be Ridership by Line added later, when more lines are made. Italics indicate preliminary numbers of an incomplete month.

There are currently four buses in our fleet:

The following two buses are outdated test versions, but can still be used for operation within cities:

The following two buses are versions of the above that were improved significantly by Autobus, and can only be used by BaseBus for our own routes connecting cities, due to an agreement.

Our Buses are 4 blocks wide. We feel that this size strikes a balance between flexibility and detail. 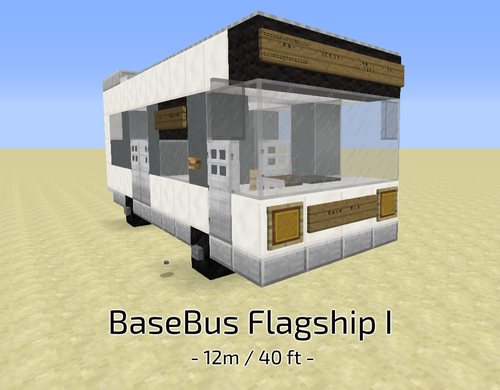 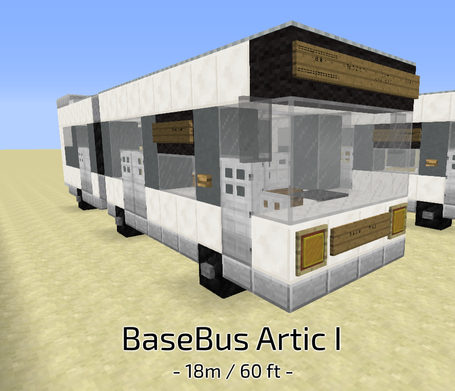