The FSAA has a small space facility in Cape Cambridge. We are also considering a facility at Totem Beach for a large space center, and Sand as a second launch location for smaller rockets. 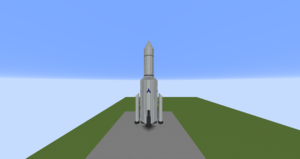 The Neptune I (formerly Void7) is a heavy-lift rocket that is operated by AxiomSpace. It features 7 Shuriken-1X liquid engines and 2 Mallard SRBs. The rocket is only rated for cargo, as there is no intentions for this rocket to carry crew. 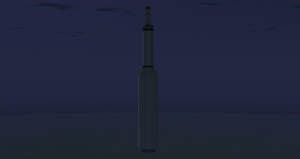 The Triton I is a crew-rated liquid fueled 2-stage rocket. It will carry the Aquarius spacecraft into space.

The FSAA Space Station Azura is a modular station that will be launched into orbit. There is currently 1 module up in space.

The Neptune II will be an upgraded version of the Neptune I. It will feature 2 more SRBs and an improved upper stage.