FliHigh Airlines is a large Class 3-size airline on the Minecart Rapid Transit server. Founded on April 2, 2018, and most well known for its Find the Red Plane advertising campaign, the airline services travelers coming and going to the city of Venceslo and the Southwold and Southern 5th Ward Regions. It is the flag carrier of the city of Venceslo as well. It is owned and operated by company CEO and Venceslo mayor time2makemymove.

Its hub is located in Venceslo-Fifth Ward International Airport, with a secondary hub to be established in Southwold International Airport (Whiteley/Schillerton), once it is built. The airline also operates Itomori Municipal Airfield as a focus city, with less flights than its' Venceslo counterpart servicing more regional destinations. FliHigh is a member, co-founder, and board member of the SkyNation Alliance.

All FliHigh flights use a modified version of an API RJA-20, a small plane that can fit into almost any airfield or small gate at an airport. The plane color scheme is gray with a very red tail. FliHigh uses HiMiles as its frequent flyer program. The HiMiles levels are: HiMiles Bronze, HiMiles Silver, HiMiles Gold, and HiMiles Diamond.

On November 11, 2017, time2makemymove opened Venceslo's first ever airfield, Venceslo University Airfield, better known as UAV. Not wanting to enter into the airline business at the time, citing it as too much work, he simply decided to give out the 10 gates to the airlines who had the coolest destinations. One of these airlines turned out to be FlyCreeper, an airline still looking for it's first flight, but already owning a gate at Woodsdale. Feeling generous and wanting a flight to CWB, time2makemymove accepted Frosty_Creeper10's request for a gate at UAV. Frosty did not know how to set up warps at the time, so time2makemymove helped him out. This was the beginning of a great friendship and partnership between the two players.

In December 2017, time2makemymove applied for and was accepted to join FlyCreeper as a co-owner and operator. This relationship prospered, and combined with the new airports (and consequent FlyCreeper hubs) of Creeperville International Airport and VFW, a large and quick expansion of the airline occurred, reaching 15 active flights in mid-March 2018. However, later that same month, Frosty began entertaining the idea of splitting up the company and running the airline himself. At first time2makemymove was opposed to this, but later he came to agree, and on April 2, 2018, FlyCreeper split in two. Frosty_Creeper10, being the original owner of the airline, kept the name and all of the flights out of Creeperville, while time2makemymove retained 5/6 flights out of VFW and the freedom to rebrand these planes however he liked. Calling upon an old fake airline name time2makemymove made up when he was younger, FliHigh Airlines was born, a new fledgeling airline with large gray and red planes and a hub at a small but growing Governor city.

Both time2 and Frosty are still on good terms. In fact, they, along with camelfantasy's SkyTrans, SoSo123's FreeAir, and woorich999's Infamous Airlines, combined to create the server's first new airline alliance in years, SkyNation Alliance. Although membership of some airlines changed over the years, FliHigh Airlines has been a board member and founding member since the alliance's inception on April 4, 2018, two days after FliHigh's founding.

Growth was slow in the early months, but landmark destinations acquired at Evella, Woodsdale, and UCWTIA served as inspiration for the company to keep going. However, in early December 2018, despite the airline having garnered 16 destinations, time2makemymove was dissatisfied with the airline's irrelevance and relative obscurity within the grand scheme of the server. The airline growth had hit a wall, having run out of open gates at VFW, and no one really knew or cared about the airline's existence. Wanting to change this, he sought to create an advertising campaign and slogan to thrust the airline and it's hub airport into the mainstream. He struck gold on December 3, 2018, coming up with the slogan "Find the Red Plane," and immediately creating and releasing the advertisement to the server.

The Find the Red Plane advertising campaign was an immediate success, making rounds on the server's digital mediums and prompting many people to call the ad and campaign a rival to Fred Rail's "Ride Fred Rail" advertising campaign. Fueled by this newfound relevance and a flood of new airfields on the server (including a new focus city, ITO), FliHigh Airlines entered a golden age, earning a Class 2 ranking, and becoming one of the most well-known airlines on the server. This success was due both in part to the successful ad campaign, but also opening VFW's FliHigh Airlines-only Concourse D on December 11th, a large project that gave FliHigh 32 brand-new additional flight slots at the airport. This ensures the airline's potential for constant expansion for a long time to come.

In May of 2020, after a near 6-month lull in the airport industry, many new airports began to open. Acquiring gates at most of these new airports allowed FliHigh to finally reach the 50-flight milestone and become a Class 3-rated airline on May 23, 2020. 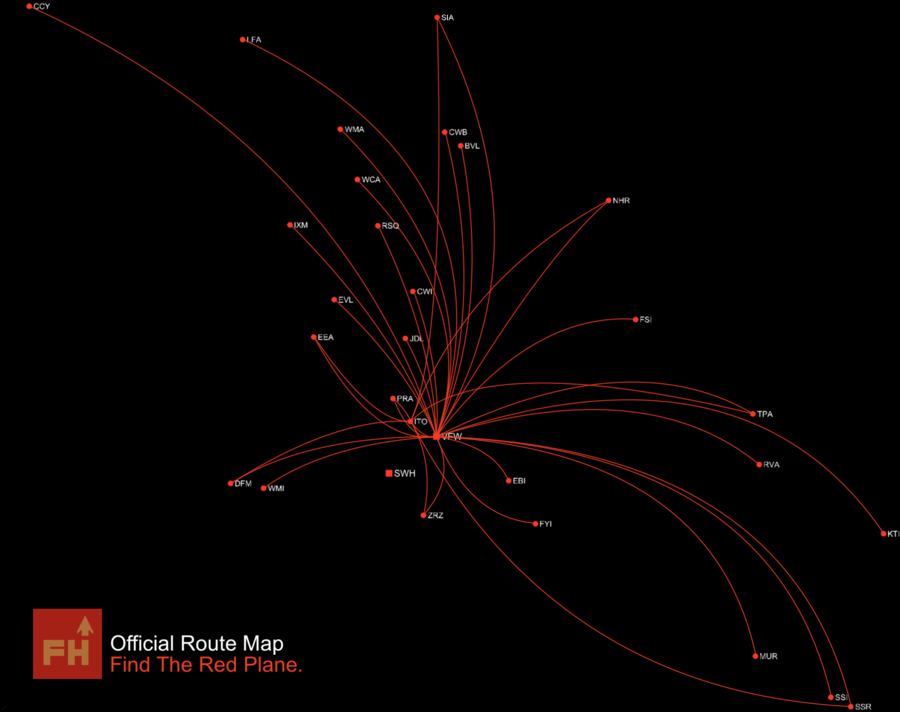