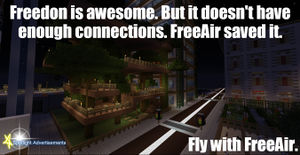 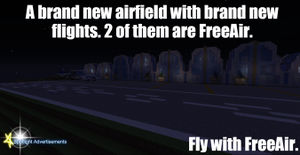 On 10th June 2016, AdanWongCL2 successfully got Member rank, and he founded the town of Freedon. In a lot of selections of plains biomes, soso123 decided to settle down in the plains biome where Freedon is right now.

Then he got Trustee and created this page you're reading that night.

He got Councillor at 18th July, making Freedon officially regonized as a town! Then on 24th July soso built a flag in the flag park, and the day before him building the flag Ricky was offically the Deputy Mayor of Freedon! :D (wait I forgot to tell him to furnish his office XD)

On 8th August 2016, the mayor and Freedon is now mayor rank! After we are Mayor rank, soso123 decided to build more buildings, do the Eastern Line, finish the swimming pool, build an archery center and a golf course. We are now planning a 2 story arcade that will later be turned into a franchise. Anyways, the mayor Soso123 asked a ton of people to review the city of Freedon if it is enough for Senator. Some people found it already looking like one, but some said that more improvements can make this a Senator town.

After a long wait, on the 24th August, Freedon claimed a station, which is C31! He will ask a staff to rename it after the area is developed, as now it's just a road connecting to Freedon which the length is 3 FREEDONS, so wait for a bit for soso123 to rename it and customize it, to fit into Birch Forest Square (this is not Birch Forest City).

Lucky enough, after Freedon applied to be the host of October's National Town Olympics, we were chosen! It will be held on October 8 2016. More info will be added soon.

It's 13th October 2016 and the mayor saw why did Freedon didn't get Senator. It is because the building quality. People agreed that Ricky's house and franchise is the main reason so they will get renovated. Then Freedon will ask for people if the building quality is okay with the rest of the buildings. If not, they will be redecorated. Good luck to Freedon for the next batch!

After the February 2017 GSM soso123 has received Phos City. We will now entirely renovate everything in Phos City and the MRT Stations will be renamed. Some builds will be removed, and maybe some houses and franchises are included, sorry. Freedon's metro will also go to Phos City.

Then at the Febraury 2017 batches, Freedon sucessfully got [Senator]! The airfield is getting built, as well as the transit hub and various stadiums.

In the following batches, Freedon sucessfully got governor rank!

On the 10th of June, we reached our first anniversary!

On the 13th of may 2018 soso123 was permanently banned. Because of this camelfantasy became the Mayor. camelfantasy made nicrats the new deputy mayor as RLcrafters had been inactive for more than 3 months.

To build a thing/franchise/build, you MUST ask the mayor.

Purple plots are plots for embassies.

Orange plots are for franchises.

Lime plots are for residential uses. 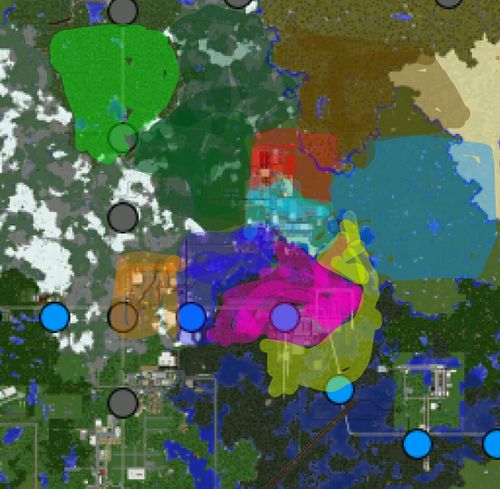 Freedon also has a metro system! 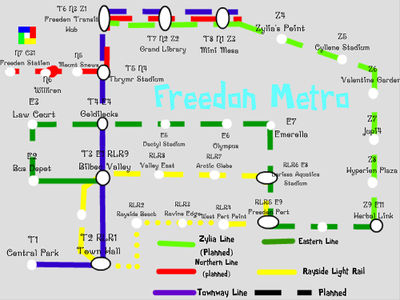 New map is here! It is made by soso123 using [www.pizap.com Pizap].

Izumo planned to have a highway connecting to Freedon, which will be put on the GSM.

None until Krokipollo comes online and puts books in the embassy sample.

Everyone can drive in Freedon, as long as you break you car after you finish driving.

There will be a driving centre soon, and it is planned to be located at Callina Road.

Drive on your right hand side as always.

Biome Road is a road that connects Freedon to C31. A lot of people have helped soso123 build the road.

Players that built this road:

The Performing Arts Centre is located at Bilbec Valley, Ariel Road. (The road is not named after the princess, it's named by satellites. Ariel is one of the satellites of Uranus.) It has 6 halls.

The ticket offices of the halls are under 1 floor of the actual hall.

Freedon is located in a small Plains biome, but is surrounded by an extreme Hills biome, a roofed forest biome and a savanna biome. The mayor, soso123 decided to make Freedom's theme biome.

Susanna is in thought during the mayor was in guest period. He just learnt playing the song of Oh, Susanna. Then when he was taking a shower later the thought came up. In mind was a Steve with a cowboy head, which turned out to be a statue on a fountain. Then he thought of a desert themed Italiaso. Then he decided to set up a rule of franchises in Susanna needs to be Wild West themed or Desert themed. After that he thinks that a tower should be built at the back of Susanna. It is now a tower for both a planning office and an observation tower.

Susanna takes up the role of a mini Desert biome, which is Desert themed and wild west themed.

Franchises need to be Desert or wild west themed in Susanna.

Your wall can overlap the fence, but don't go to the block outside of the original fence.

Tarzan Jungle's idea is here before the mayor even knows this server. This is back when he was small, creating metro maps that are used for throwing to the rubbish bin. Yep, it's useless. It is here along with the Flower Garden. The Tarzan's Tree was it's previous name, and was a part of Flower Garden before, as shown in the mayor's pocket edition abandoned theme park map. It was then planned to be independent. It takes up the mini jungle biome. It is basically podiums using trees as a pole and attaches to it. Shops will be at the podiums if possible. There is also be a ride. It has a cafe in there called "Jungle Cafe" too. soso123 aimlessly put MinecraftYoshi26 as a worker.

Flower Garden's thought is a bit earlier than Tarzan's Jungle. It is a flower museum. It will take up the mini Flower Forest biome.

This small spleef arena has 2 floors and is located between Varuna station and Central Park station.

This American Football stadium is currently under construction and will be completed soon.

How to get here

There are 5 ways to get to Freedon.

Take the RegionalConnect and get off at Freedon.

Get to  F22  New Convenant and take a boat or swim there. 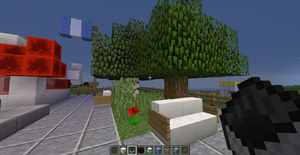 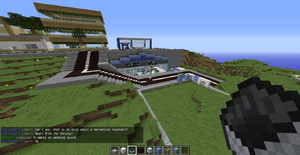 Back when Bilbec Valley is not developed. 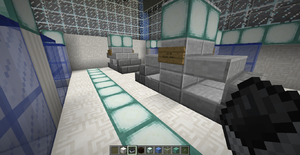 Bilbec Valley Station's platforms of Townway Line. The Eastern Line platforms are going to be abandoned until the northern expansion's progress is quite good. 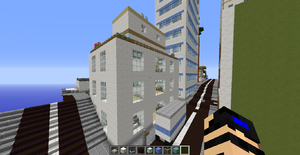 The Town Hall of the city of Freedon 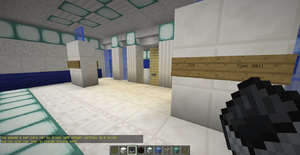 The platforms of Town Hall Station. 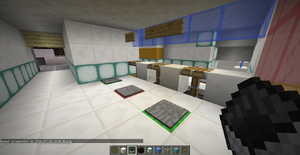 The Town Hall Station's interior, nothing interesting, and there is also a wall corner of the RealJacks branch in the station. 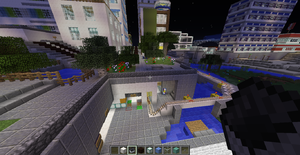 The Town Hall Park, and you can also see the bridge that goes to nowhere and the two boarding things that I couldn't describe. 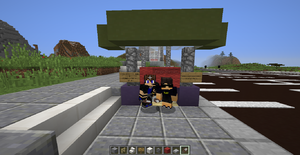