Game I is the first installment of the game show Game X hosted by MinecraftYoshi26. It featured 14 contestants completing challenges from other game shows. The winner received a cash prize, in this case, godzilltrain won $5,500. 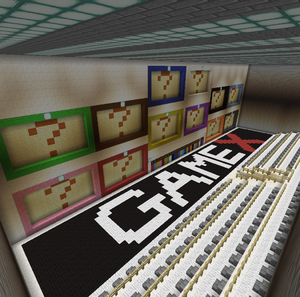 This table shows a summary of the outcomes of each episode.

This table tells either the score, votes, place, status, or team in the specified episode.