This article is about the modern bus company. For the company which operated on the old world in 2014, see IntraBus (Old World company).

IntraBus is the bus company owned by Intra, acting as a feeder service for IntraRail and IntraAir transportation services.

The IntraBus name was originally used for a previous bus company also owned under Feline Holdings, which operated bus services on the old world in 2014. The original IntraBus routes are operated by OMEGAbus!, an old world bus service 51% owned by IntraBus.

Routes are numbered as follows: 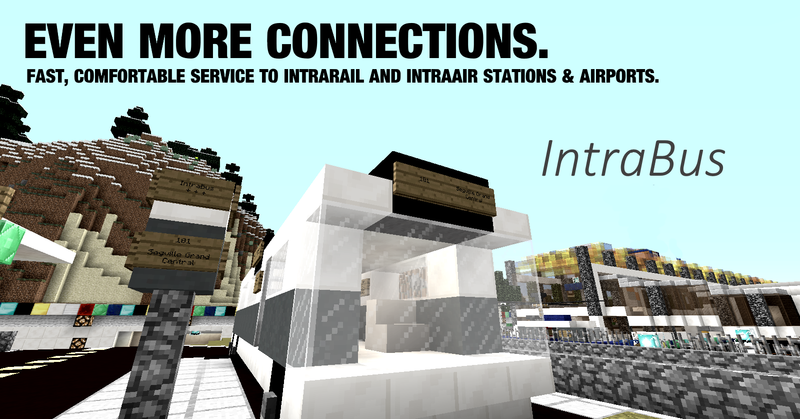