Construction on Kenthurst Fort began at 2:05am UMT on May 10th, 2015. Intelligence gathered from Kitania Intelligence Agency and Area 69 suggested that an invasion by erty10089's forces from Ertyland was imminent, and that it was necessary to protect the city of Kenthurst and the surrounding headland from possible E-Day landings. The residents of Kenthurst have been placed on high alert since 3:15am UMT on May 10th, 2015 and have sheltered in their private estates, Kenthurst Metrolink subway tunnels and the Kenthurst Beach Surf Life Saving Club. Ships and the reinforcements from the Formosa Armed Forces were deployed to Kenthurst at the end of November 2015.

The Kenthurst Fort is constructed of a special concrete composite, which contains bedrock intermeshed with 43:8 stone, steel and reinforced coal. There are several buildings in the compound, featuring a number of guard towers with rail guns, bunkers, pillboxes, operations centre, saferooms, and personnel quarters. Additionally there will be a drydock for the protection of ships from aerial bombardment.

Kenthurst Fort is led by Marshall Aliksong. Do not be fooled by the small numbers of military personnel. They are arguably the best trained military special forces on the MRT server. Having mastered the control of a number of weapons and vehicles, armed with state of the art equipment, and receiving significant funding and support from the Governor level city Kenthurst, the personnel of Kenthurst Fort are poised to defeat the Special Ops Division of any military force. Apply to join today. 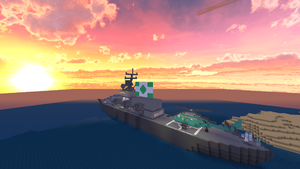 Kenthurst Fort is located north of the city of Kenthurst.

To get to Kenthurst Fort from  XW10  Kenthurst MRT station, travel all the way north to the northern end of North Sydney Boulevard. Alternatively, take the Kenthurst Metrolink North-South Line (red line) all the way to the Northern terminus. There are additional road connections from Kenthurst Beach, and a High Speed ChimeRail is being constructed. The Kenthurst Junction RegionalConnect station is also accessible via Kenthurst Beach, being conveniently located underneath the western armaments of the fort.