From Minecart Rapid Transit Wiki
Kolpino redirects here. Please go back to the page that linked you here and correct the link.
Jump to navigation Jump to search 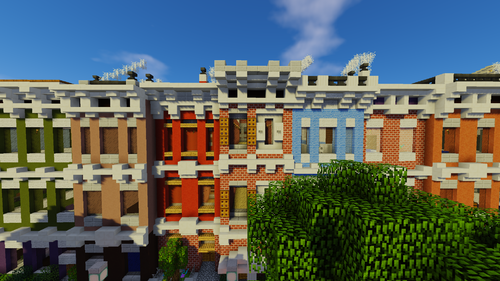 Kolpino offers many townhouses, each to be filled with different franchises and residences of different players. 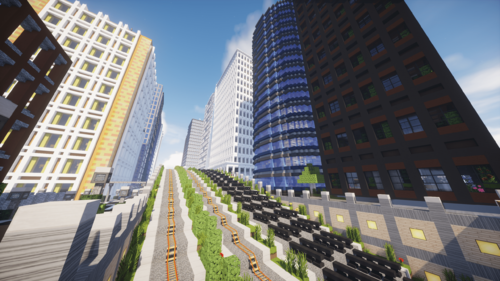 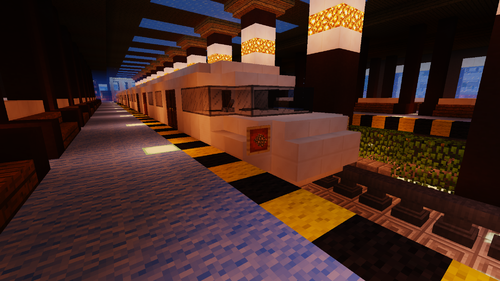 Kolpino is connected with different cities via train, water, and road.

The Kolpino City Hall was the first building built in Kolpino City. Major helpers in contruction were Detroit Kitteh and PizzaTwins. 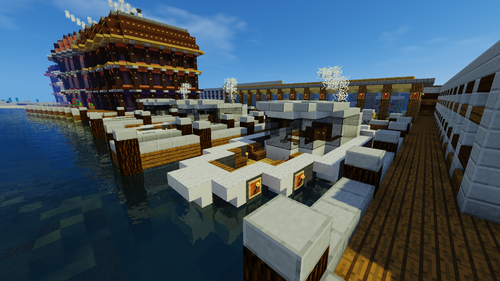 This is the western border of Kolpino, which has townhouses and boats. 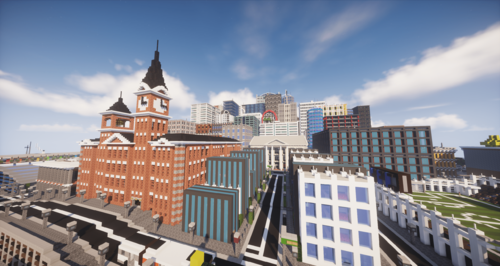 The Kolpino Waterfront district offers a great view of downtown Kolpino, many franchises, and entertainment venues. 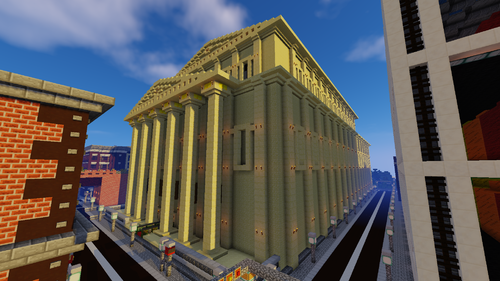 Kolpino has a large theater called Lubov Theater which is named after the word "love" in Russian due to its style. 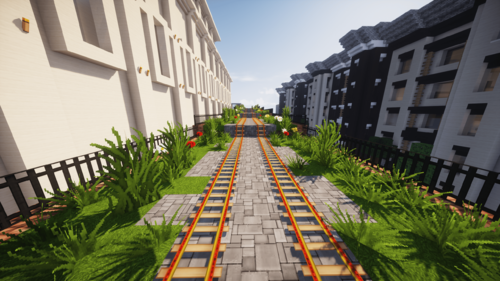 RegionalConnect running between Lubov Theater and nearby town houses. 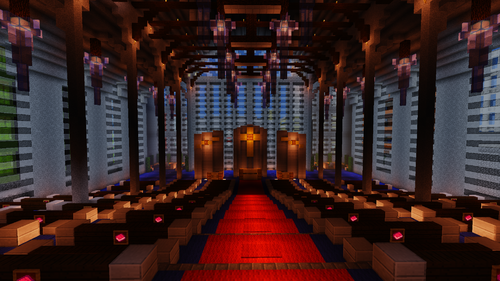 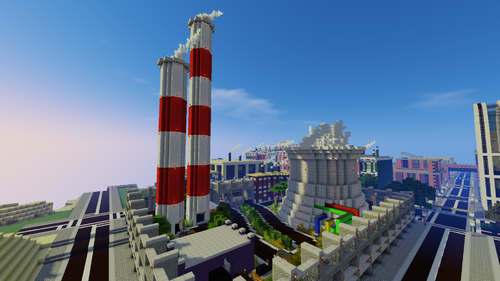 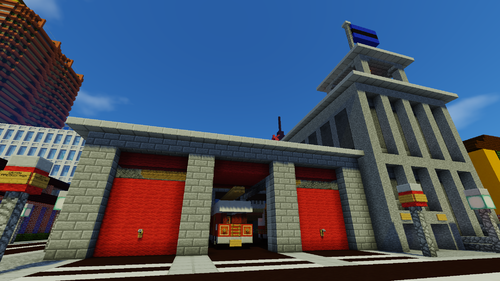 Kolpino City is a city owned by MishkaMan. The Deputy Mayor is Detroit_Kitteh, and the Sheriff is PizzaTwins. The nearest MRT Station is  M18  Kolpino.

Kolpino City was created on July 22nd, 2015. The first build in Kolpino City was the City Hall located next to the M18 station. Businesses such as Feline Holdings and LeafCorp were some of the first businesses put in the city. It has recieved the honorary rank of Premier at the June 2019 GSM.

The reason Kolpino is called so is because most of my family lives in a city in Russia called Kolpino. My city is filled with many different styles of builds and architecture. The Kolpino Needle is a major landmark in Kolpino (along with the Kolpino Arch). In the Needle, you go on an elevator to reach different elevations from where you can see the beautiful Kolpino skyline. Kolpino offers a large variety of franchises. Many of them come from The Mishka Company, which holds its headquarters right in Kolpino downtown.

Kolpino City has reached Premiere Rank as of June 2019!

The KMS Metro blue and green lines in the west are currently undergoing construction.

There are 5 open docks for the taking at Port Chelsea in the west. Please keep in mind that boats must be no greater than 4 blocks high from the water level because of the heights of bridges on the way.

1. Don't build in the city without explicit permission.

3. Please destroy any minecarts that aren't in use.

Kolpino City is connected with Central City. If anyone would like a bus connection, I'd be happy to get that done. I have bus parking spaces inside the loop road of the airport.

There are many connections that Kolpino has with other towns. Kolpino is connected by road with Daneburg at the very western part of Kolpino City near the docks and townhouses. Kolpino is also connected with Espil via the B750. The road starts in northern Kolpino right next to the connection with Tenepi (M17). Additionally, Lithium is building a highway connection between Janghwa and Kolpino.

Kolpino City's Transportation Department deals with controlling Kolpino's buses, the metro/trains, its boats, and the roads.

The metro system of the city currently has 3 lines - Red, Blue, and Lime. The Blue line has termini in the Waterfront District of the city (in the west), the Green line terminates in Tenepi, and the red line has termini in the eastern part of Kolpino. Stations are currently in construction, but here is a representation of the metro at the moment. Also, stations are being renovated and tech is being installed by BART. In case of an incomplete station, please use the metro manually (place your own cart and push). To locate a metro station: Most metro stations are made with stone brick and have gray - stained clay on top. Each metro station has the name of it and what line it is part of.

Only the western side of Kolpino has a functioning bus system in place at the moment. The Buses travel outbound from the M18 station and at the 10th bus, you can warp all the way to the 1st bus. Here is a map of Kolpino's bus system. Each purple dot indicates a bus station.

Kolpino currently has 4 destinations that can be made by boat in the western Waterfront District at the Kolpino marina and Port Chelsea:

If you would like to connect your town to Kolpino via boat:

There are 5 open docks for claiming.

This section will be edited with information about the airport after all destinations and plane - pasting processes are complete. Thanks!

I would like to apologize to everyone for not doing something about my airport for such a long time. I have hired _Kastle to work on the airport.

Gate requests are closed for the moment. Planes are being pasted into spaces. Thank you to everyone who applied. Please don't be mad at me if you didn't get a gate - understand that my goal is to get destinations to different and distant towns that I cannot connect to by a road.

If anyone would like to connect via train, bus, or rail just let me know via /mail or message me in-game. Additionally, if I am inactive on the server - you can DM me on Discord (Username: SovietPanda#6892).

Businesses and Buildings in Kolpino Catalog

If you see any mistakes or franchises (of 232) not added - PLEASE correct them!