The League of Cities, also known as LoC, was a server-wide MPO dedicated to promoting diplomatic relations and peace throughout the cities of the MRT. The LoC deals with issues such as inter-city cooperation among transit, expansion, security, and economy. It was currently headquartered atop a mountain overlooking beautiful scenery in Formosa. The location was meant to stimulate calm and peace in the minds of the representatives, before they begin the session. General Assembly sessions will be held as needed, usually to discuss intra- and intercity issues, and Court sessions will be held should multi-city conflicts arise. Policies of the LoC can be found here. 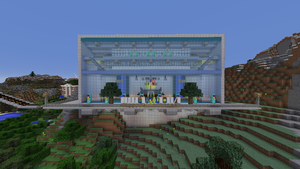 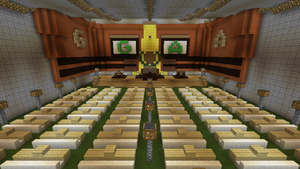 Inside of General Assembly building.

The General Assembly was where members will meet to discuss issues and pass resolutions. The GA meets in the General Assembly building, which has space for 60 members and 12 observing members in the deliberations chamber, with each allocated five representatives and a desk for members. Press was usually allowed in the meetings, who will be situated in 1 of the 4 studios located in the upper rear of the chamber, which are all currently claimed by MBS Waterville, MBS, Monde, and JTV. Guests, when allowed, will have a space in the balcony with 15 VIP seats: 3 private suites of 5 seats each on the balcony. Sessions are headed by the Secretariat, along with the General Assembly Chief and Chief Justice. The Deputy Secretariat and the Founder will also be present.

Resolutions currently work by voting here or through a leader. Before a resolution is created, it must start as a motion and be seconded. They must then gain a simple majority to be passed, unless otherwise specified. Except under matters of security and peace, resolutions are not imposed on members. Rather, the affected state(s) will take the resolution into consideration and decide on a future course of action with the state's own government.

The International Court of Justice was the judicial branch of the LoC,and will resolve problems involving the breaking of international law, or inter-city disputes. The court was never built and have its location determined. Any members interested in building and hosting the Court may do so with approval from the GA. The current Chief Justice of the LoC was Aliksong.

MATO is a coalition of the armed forces and medical units of the LoC. Military efforts are coordinated and led by the Supreme Allied Commander, currently Aliksong, and advised by the highest ranking officer in each member of the MATO force. All forces pledged by member states to support LoC operations are listed here.

SaROC, also called MRS, is a coalition of medical, relief, and support forces of the LoC.

MRS actions are coordinated by the Search and Rescue Operations Commander.

Each member and observer city was assigned an office on League Campus, an area of Vermilion's Eterna Avenue district. Member offices are in the building at 13 Eterna Avenue.

Officers, in addition to their Eterna office, also have a much larger space nearby in Dumbbell Towers (3 and 4 Coronet Street). South Dumbbell houses a conference center in the basement. Dumbbell Towers is linked to 13 Eterna via an underground tunnel.

All offices were assigned on December 16, 2015. Office letters A through G are in the Eterna office tower, N is in North Dumbbell and S is South Dumbbell. (The two dumbbells are linked via skyways on levels 2 through 10.)

The LoC also had several other facilities. The MBS News Debate Center was be used for debates, and there were planned LoC representative offices that were intended to be built in member states.

The LoC was seeking official designs for flags/banners and logos. Monetary prizes may be awarded for the winning entry for each category.

League of Cities was seeking an official banner design, which will be hung at official League buildings. It will also be available for member cities to use within their cities if they so choose.

Any LoC member was welcome to participate. Simply design a banner and upload a screenshot of it to this page. LoC leaders and officers will then judge winners.

The League of Cities was also seeking an official logo. Submissions can be seen below. 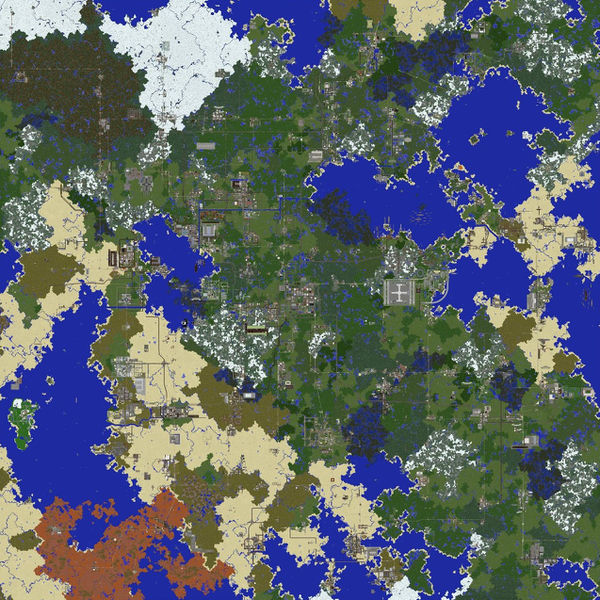 Sealane
All of the marked locations are either open or confirmed locations as of March 6, 2016.
Viewing this map other than a standard computer may result in distortion.

Note: Sides are relative, when you are standing in the courtyard facing the General Assembly Chamber

Observer states are different from member states in that they do not take a generally active role in the LoC, or when all 84 Member spots have been taken. They are also given only 1/2 vote for voting.

To join the organization, you must meet the following requirements:
1. Towns applying for membership Councillor or above are accepted immediately.

Towns under Councillor will have to be reviewed by a LoC leader.

To apply: use the discussion page or contact Camelfantasy, ImNotKitty, or _hnt.

LoC officially recognizes political parties of the MRT and within the LoC, but does not officially endorse any of them. It recognizes Nyan Enterprise Party, Social Democratic Party, StaDev Party, Transport Democratic Party, Economic Protection Coalition, Establishment Party, Party Poopers, Organization of Peaceful and Established Communities, and the Liberty Union Party.

1. Leaders (except Founder) and officers can be removed with 2/3 of votes or 1/2, respectively, and a good reason.
2. New leaders will be voted in by a majority.
Note: There must already be a replacement officer before the current officer can be completely removed, even if he has already been voted out. 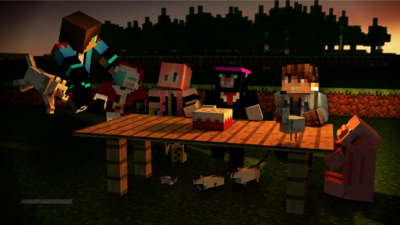 Leaders of the LoC 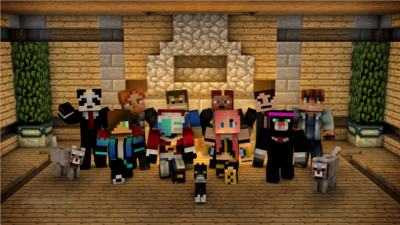 Officers of the LoC

The following people are officials, both  leaders  and other  officers , of the LoC:

Officers will be releasing General Overview About LoC (GOAL) and Midyear Information Delivery (MID) to summarize the previous term and highlight points to be focused on in the following year, at January-February and July-August, respectively.

Officers may have the need to appoint subordinates to help them carry out their responsibilities. These Subordinate Officers will be appointed solely by, and at the discretion of, the chief officer of the department.

Next elections will take place in September 2016.

The leaders of the LoC are pleased to announce a new LoC complex, as a Christmas gift for all members. The campus will involve an underground GA section, a courtyard, and offices. The new GA will now have space for 84 members, arranged in columns of 6 and rows of 7 on each side, and 12 observers, arranged in 2 columns and 6 rows. The first 14 desks will be assigned to the first 14 members that joined, as thanks for being with the LoC from the beginning. All other desks will be assigned by a lottery system. To allow for better visibility, desks descend as they approach the center. The leaders' desks and speaker's podium are on the last side, and there is a debate table in the center rectangular floor. Each pathway to the desks lead to a hallway surrounding the GA chamber on 3 sides, the ends of which are connected to grand staircases that lead into a huge courtyard, which has a dome on the top allowing sunlight to enter. A HSR rail links Formosa to Vermilion via Kenthurst, which is built and operated by RegionalConnect using ChimeRail technology. The Formosa end is at  D6 , which serves the LoC Complex, while the Vermilion end is at a station under the League Campus at 13 Eterna (The Warehouse) and 2&3 Coronet (Dumbbell Towers). Transit connections are available at Formosa, the MRT Desert line at  D6  station, and at Vermilion, the  E  (Emerald) line.