The ceremony took place in Murrville, following Cortesi's win at the first contest with the screenshot "After The Party". The contest debuted on November 1, 2018. The contest's slogan was "Show Us What You've Got". The winner was revealed on December 1, 2018, at 6:30 p.m. UTC at the PAW Center in Murrville. There was an accompanying official MBS livestream with the ceremony. 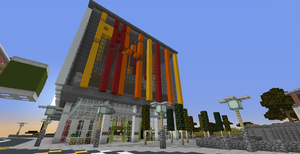 The venue of the contest, the PAW Center, in northeastern Murrville

The PAW Center in Murrville is a two-story building that was furnished exclusively for the contest and has a capacity of 55 seats. It is the only venue of its kind in Murrville. It is located across from the Color Market in northeastern Murrville at the corner of Colour Street and Paws Road. It sits adjacent to a river in the, at the time, newly developed area in Murrville.

As per usual, the contest features members representing cities, each submitting a screenshot to be voted on by the participants and the willing public. Each city and willing non-participants award a set of 12, 10, 8–1 points to their 10 favorite screenshots, respectively. Each participant is required to vote. Failing to vote or voting strategically can result in the participant facing disqualification or a possible ban from participating in future contests.

Through a poll on Discord and discussion between MinecraftYoshi26 and Cortesi, it was decided that there would be no theme. Though the poll showed a slight majority wanted a theme, MinecraftYoshi26 stated that they had come to this decision because they "want to not limit the people participating and avoid people from complaining their photo was rejected on the grounds of not fitting the theme."

The deadline to join and send in a screenshot was on November 15, 2018, at 11:59 p.m. UTC. The draw was selected and voting was opened immediately after. The winner was able to influence the slogan for the next contest, chose the next host city, and received $3,000. Second place received $2,000. Third place received $1,000. The top 12 are featured on the website. All competitors received a $10 participation stipend for voting.

On November 1, 2018, the rules were slightly changed to allow members with only unranked cities to participate under that city, rather than having to represent someone else's. 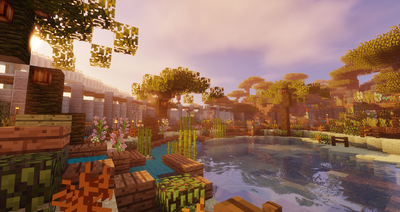 a. ^ Voting was set to close on November 30, 2018, but closed one day earlier as all of the votes were submitted.
b. ^ Although no cities finished the competition with 0 points, Oasis Sands failed to score points from the public.
c. ^ The screenshot was taken on the Games World.