The ceremony took place in Wazamawazi, following autobus22's win at the second contest with the screenshot "Golf at the Savannah Oasis". The contest debuted on February 13, 2019. The contest's slogan was "One Of A Kind". The winner was revealed on March 30, 2019, at 6 p.m. UTC at La Musica Theatre. There was an accompanying official MBS livestream for both the semi-final and final ceremonies.

The winner was Fort Yaxier with the screenshot "One Summer's Day", taken by camelfantasy.

The contest was announced on the wiki on February 8, 2019. The contest was planned to be revealed after the February 2019 GSM; however, it was made public two days earlier to garner public opinion. The slogan and logo were revealed on February 10, 2018, at the beginning of the public portion of the February 2019 GSM. The logo is an edited version of an online image edited by MinecraftYoshi26.

The non-qualifiers' placements and point totals in the semi-finals were released on March 24, 2019, following voting being completed for the final. 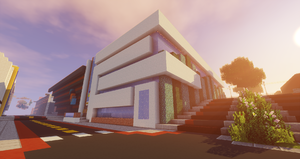 The venue of the contest, La Musica Theatre, in southern Wazamawazi

The contest's results ceremonies took place for the first time in Wazamawazi, following the city's victory in the previous edition with the screenshot "Golf at the Savannah Oasis", taken by autobus22. It took place at Wazamawazi's 104-seat theatre, La Musica Theatre, which was constructed in 2015. Located next to Queen Maxima Bus Terminal and Queen Maxima Railway Station, it is a one-story large, indoor theater with an entrance on Theatre Road. It is located in the Queen Maxima District of Wazamawazi. It was originally supposed the Third Eagle Awards; however, the event was cancelled and thus the theater did not host the event.

On February 8, 2019, autobus22 had confirmed privately that the contest would be held in Wazamawazi. It was announced publicly shortly after. As usual, the venue is required to have a stage, seating for viewers, and an optimal location for a camera. Also on that day, four venues were revealed as possible locations of hosting the ceremony.

On February 11, 2019, La Musica Theatre was selected as the venue for the contest and Grandma Henny's Grand Theatre's Hall 2 was shortlisted.

As per usual, the contest features members representing cities, each submitting a screenshot to be voted on by the participants and the willing public. Each city and willing non-participants award a set of 12, 10, 8–1 points to their 10 favorite screenshots, respectively. Each participant is required to vote. Failing to vote or voting strategically can result in the participant facing disqualification or a possible ban from participating in future contests. There was only a loose theme based on the slogan, One Of A Kind, calling for unique screenshots.

The deadline to join was revealed as February 27, 2019, at 8:00 p.m. UTC. The deadline to send in a screenshot was on March 9, 2019, at 8:00 p.m. UTC. After the semi-final ceremony, the draw order was selected for the final and voting opened for the final near the end of the ceremony. The winner was able to influence the slogan for the next contest, chose the next host city, and received $4,000. Second place received $2,000. Third place received $1,000. All competitors received $15 as a participatory stipend for voting. The top 10 were featured on the website, changed from the prior top 12.

It was revealed on February 11, 2019, that MinecraftYoshi26 was contemplating having semi-finals, but had not made an official decision whether or not it would occur and had yet to work out all the logistics. He stated that it was time-sensitive and would be dependent on the number of participants. On February 22, 2019, it was confirmed that there would be two semi-finals. As the prior winner, Wazamawazi would automatically qualify for the final and vote in both semi-finals. The top 10 in the semi-finals advance to the final. Even if a participant is eliminated in the semi-finals, they are required to vote in the final. To receive their $15 stipend, eliminated participants would have to vote in the final. The top 10 screenshots from each semi-final advance to the final. 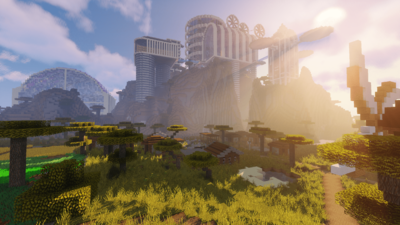 20 cities participated in the first semi-final. As the prior winner, Wazamawazi voted in both semi-finals. The highlighted cities qualified for the final. The results were revealed on March 13, 2019, at 7 p.m. UTC.

20 cities participated in the second semi-final. As the prior winner, Wazamawazi voted in both semi-finals. The highlighted cities qualified for the final. The results were revealed on March 13, 2019, at 7 p.m. UTC.

21 cities participated in the final, with all participating cities required to vote. Wazamawazi automatically qualified for the final as the prior winner. The results were revealed on March 30, 2019 at 6 p.m. UTC. The top 10 cities had their screenshots featured on the website.

Eligibility for participation in the MRTvision Screenshot Contest requires that the city has a flag.

a. ^ Voting was set to close on March 29, 2019, but closed five days earlier as all of the votes were submitted.
b. ^ The semi-final ceremony was originally scheduled for March 16, 2019; however, due to public demand and all of the votes being cast early, it was moved to three days earlier. The shift in the date was to have a larger window for voting for the final.
c. ^ New Amsterdam is also partially shown in the screenshot.