Nexus Airlines is the airline subsidiary under Mind Inc.. The airline aims to serve the best possible experience to every consumer. All planes include all our three classes, easy to access assistant access from our cabin crew, fresh food cooked in the plane on each and every flight by top-quality chefs, and premium interior tech. Nexus Airlines is a founding airline of the MRTSkies alliance and takes part of the benefits provided by the alliance.

Nexus Airlines was founded by MindBender15 and Glaze59 on August 5th, 2015, as a planned airline company for GlazeBender Industries. Nexus, while going through pre-development, saw name suggestions such as Paragon. After the name was chosen, the idea of what the airline was talked about. The airline was ultimately chosen to be created under the things which could be improved on or weren't there in the airline market. The first plane of Nexus Airlines, the 737-MAX7, was finished on August 9th, 2015.

Nexus wants you to feel the of luxury and quality as you fly with them.

Nexus Airline offers easy ways to check-in to your flight.

The easiest Way to check-In is through your computer at home. Insert your itinerary info and you're good to good!

At the airport but don't want to wait in line? We have self check-in kiosk set up ready for quick and easy access to your flight.

In case you are not feeling the other two, we offer manual check-in desk for you to get setup. We have the most professional and caring crew helping you get set-up for your flight and prepare your luggage.

We offer premium channels and movies to guest who fly with us. Movies are updated regularly to fit your needs and channels offer live feed of their channels on the ground. There is also MOD (Music On-Demand), which has up to 200+ hours of Music offered. Music is also updated regularly to fit your needs. Each plane is equipped with free, high-speed wifi for your flight with up to an unlimited amount of devices. Food and drinks can be ordered from the screens behind every seat and will be delivered to you. 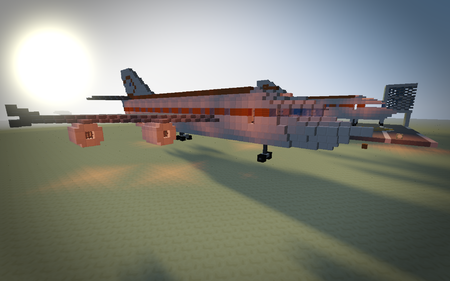 Our B737-MAX7, the first found on the MRT, is the perfect plane for your needs, in and out. Our B737-MAX7 offers everything you love about Nexus Airlines, with every class being in every plane and the use of our premium ahead-of-industry interior tech, such as Smart Lighting and Proactive Attendant Calling. Along with this, comes a beautifully designed plane with usage in mind. Our B737-MAX7's are used in the majority of flights across the MRT. 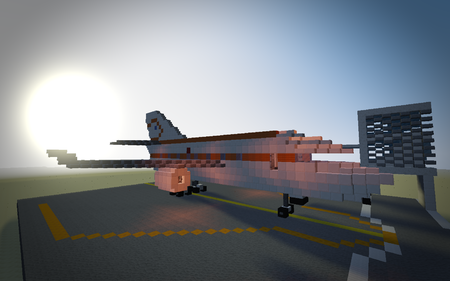 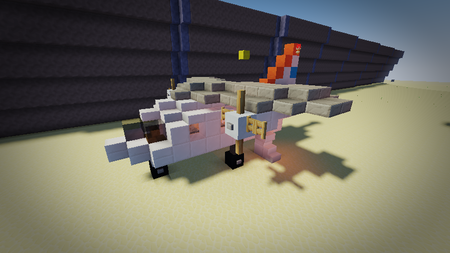 Our X-10, made by Epsilon Aircraft Manufacturing, is our smallest plane. This plane is specifically meant for airports that only serve small planes. 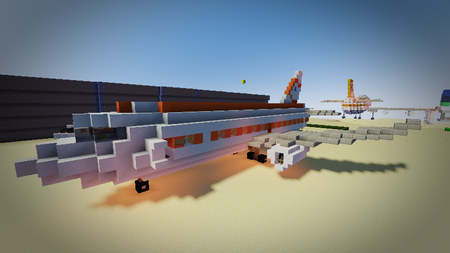 Our X-150, made by Epsilon Aircraft Manufacturing, is everything you love about our B737-MAX7's and put in a smaller footprint. This plane replaces our A319neo's. As do all our planes here at Nexus Airlines, every class is available with ahead-of-industry interior tech, such as Smart Lighting and Proactive Attendant Calling. Our X-150s are flown in the case where a B737-MAX7 cannot fit.

Nexus Airlines offer 3 premium classes, all of which are in every plane we fly. 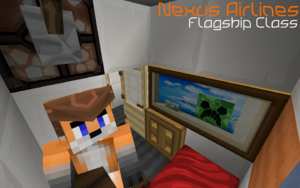 Our Flagship Class, our most premium class, are our high-class suites which offer flatscreen TVs, personal beds, and a space for you and you alone. Flagship class, on our 747-800, offer lavatories in suits along with premium club access (along with our First Class). Food and Drinks are free. 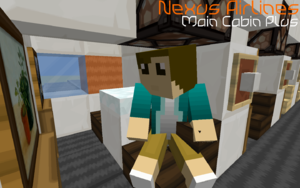 Our Main Cabin Plus offers comfortable amenities to those flying with us. Pillows are included with each seat and Main Cabin Plus guest get priority club access on our 747-800. Food is discounted and drinks are free. 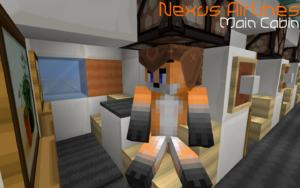 Our Main Cabin, our most basic class, even though it's our lowest class, isn't our least class. Main Cabin offers headrest to guest flying with us. Main Cabin gets regular access to Club access on our 747-800. Food and Drinks are regular price.

Nexus Airline's is proud to jumpstart our Nexus Interior Tech for the comfort of our passengers.

Smart Lighting is the tech in our planes which can judge whether or not it is day or night and allow for the lighting to be turned on or off. When day, lighting will by default stay off for the flight as the light from the outside can light the plane. When nighttime, the captain of each plane can turn on or off the lights seamlessly. Along with this, the lights are hidden from view and the daylight sensors used are not in plane sight, and rather hidden.

Proactive Assistant Calling is our update attendant calling on select planes. Proactive Assistant Calling make a tune which goes through the entire plane. The system make use of the chambers in the plane for the tune to the attendants. Because of the chambers, no wool needs to be used above the jukeboxes to tune throughout the plane, keeping the design of our planes intact.

Nexus Airlines Store, or Nexus Store, is a store located throughout various towns and structures for flight accessories, such as suitcases. Along with that, Nexus Store also acts as a check-in area for flights on Nexus Airlines along with booking from our professional and caring staff.