Northberg is a town on the MRT Server's New World built by nicrats. It is situated at  C29  Northberg, and is in the process of expanding to  C30  Foobar.

The Northberg town administration is divided into the following departments:

Northberg Road Company plans, builds and maintains public roads in and around Northberg.

Roads they manage inside and outside of the Northberg metropolitan area include: 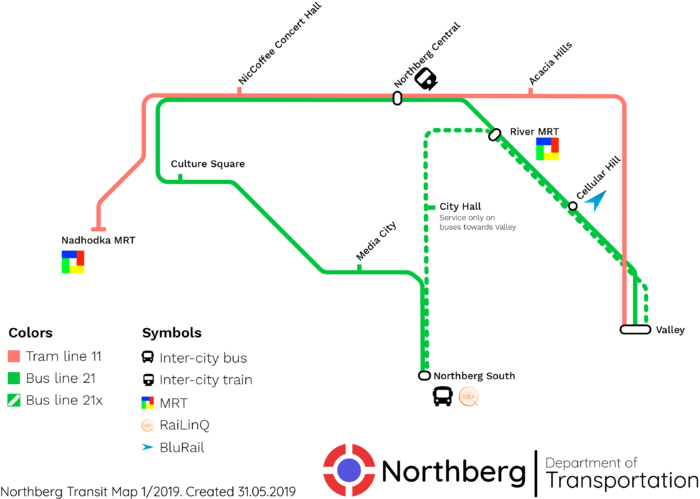 The Metro system is currently being renovated by TheSubway as it was sold to him for $2,000 on September 6th, 2018.

The Northberg Ring road system is a system of planned beltways around Northberg. Currently, Ring 1 is the only one being built, and is partly open in certain areas.