RedWave Airways, (formerly RedJet) is a luxury airline from LocalCorp. It is committed to affordable rates, but with the most passenger-friendly experience of any airline. With a friendly crew, delicious food, and white leather seats, RedWave reminds you that luxury doesn't have to require too much cash. Want to know what city you're passing over? Sky tours come with all flights. All bags fly free with RedWave.

RedWave originally started as RedJet, with a single codeshare flight to WOI with IntraAir Smart, eventually getting their own gate there. It was briefly rebranded as GreenAir. Realizing that he missed the original look, Sigma decided to rebrand it as RedWave. The new original name was suggested by a guest. After a deadly accident, (See below) RedWave went back to the drawing board, building new and safer plane models painted with a new orange and red livery. 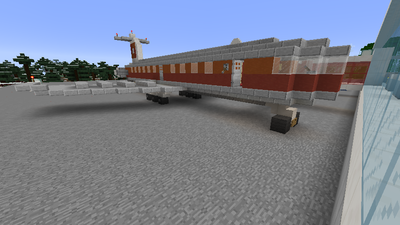 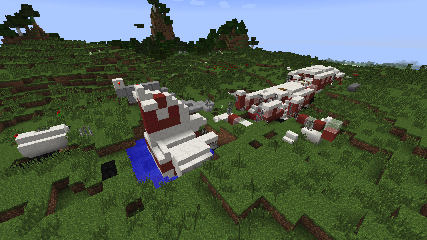 During a flight from Ice Springs to WOI, a RedWave plane took a detour to the New World, but was caught in a storm. Ground control lost contact shortly later. The plane soon came crashing just outside of Greenplain Heights, tearing the plane to pieces, and killing all 15 passengers and crew. Ironically, the plane crashed in view of the LocalCorp headquarters, the parent company of the airline.