The Regional Protection Coalition is a Political Coalition turned MPO of radical left, center and apolitical members in MRT. It consists mostly of Liberal Senn Fein, a political party and other organizations. It should be noted that while most of the RPC's members are affiliated with People's Republic of Montego. With this in mind, the RPC does not fully support all actions taken by the PRM and refer all questions on opinions to the RPC's current leadership. The RPC is to be considered a separate entity to the PRM and is of equal power and significance to all members cities.

The mission of the Regional Protection Coalition is to provide a safe space and community for members to express their ideas and get help with various projects on the MRT.

All Members of the RPC must abide by the rules of the MRT.

Failure to follow all rules issued by the United Cities, RPC, and MRT Server will result in an issue of warning by the current Leadership. Multiple re-occurrences will result in expulsion from the RPC and message to MRT Staff.

All Proclamations and Regulations are set in stone unless an amendment is proposed. After two members other than the member proposing the amendment endorse the bill, the bill will go on to be voted by the general assembly. The bill is passed when voted by 4/5 majority of the general assembly. If the amendment is passed it goes into effect immediately unless an injunction is put into effect immediately after voting closes by the President of Vice-President or drastically effects the goals of the RPC stated in the Mission Statement.

In order to maintain a balance of power, no member in a leadership role can vote in a leadership election. any injunctions made by the President and Vice-president are subject to repeal by the attorney general

All members who are Representatives and Councilors may choose to vote. Limited Proclamations may be voted on by Advisors. ==Proclamation 7: Candidate Rights and Requirements In order to run for a leadership position, one must be an active representative for a minimum of 1 month. Candidates can pull out at any time during the election process. If a person in a leadership decides to resign mid-office, the president, vice-president, and attorney general must vote on who will be the interim authority until the next election cycle. Committee heads will be elected every August and February.

All road of C-Grade or higher must have a minimum width of 3 blocks. 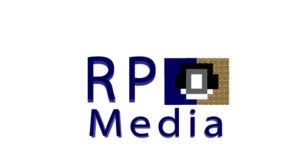 Regional Protection Coalition Media (RPCMedia) is the official broadcasting network of the RPC. Currently, the RPCM Radio is being hosted on Soundcloud [1].

Our streams are hosted on Youtube[2]. Our alternate stream for all RPCM events will be on Twitch [3].

RPCMedia is located in The City of Seoland at RPC Plaza. We also broadcast alternative programming through our affiliate stations listed below.