From Minecart Rapid Transit Wiki
SWAT redirects here. Please go back to the page that linked you here and correct the link.
Jump to navigation Jump to search

The South Western Allied Territories (SWAT) was created by gogojakeo on the 5th November 2014, and is an alliance devoted to helping the South Western Territories of the Gamma World with things such as planning. It helps create sensible highway routes, as well as city reaches. 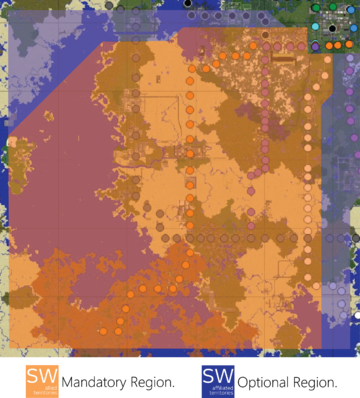 SWAT is a regional union that represents the southwestern Gamma MRT World. This means that any southwestern regions in the Old World, Lab World, Games World, etc. is not considered as part of the alliance.

To be part of the SWAT Union, it is required that you own a town or a city within the regions highlighted. There are two different regions SWAT designate:

Towns or cities within the Mandatory Regions are required to join the Native Membership as an Entirety.