Standard Development Party, or more commonly just called The StaDev Party, is a rather consecutive but open party that gives more focus to literal development and progress than most other parties. StaDev Party allows major rights and freedom to the people, but restricts certain things in order to keep an order maintained under a stable image.

This party was one of the several parties that the League of Cities (now defunct) recognized and accepted of.

StaDev Party is about using power to target onto the growth of the city by the means of the people, the community, the infrastructure, and the quality. We consider balance and control as our number one priority on whatever we do, for we know that too much of anything, from the left party to the right, can mean no guarantees of stability, richness of quality, and a satisfactory state.

StaDev is an abbreviated word for Standardized Development. Our party gives the utmost focus and concern on the development of the city (state)'s overall standards. This can signify from the physical economy and the industrial power to the quality of human living standards and freedom.

* ...is a rather conservative, but an adequately liberal party. We favor a governmental dominion, but we also favor the people to have a flexible foundation on the political world so that they do not receive too much difficulties on thoughts of their own government or their system.

How does StaDev affect each individual city (state)'s Law and Regulation?

Unlike most parties, StaDev has a very minimal common law, but has a massive amount of individual preferential laws. This means that each city's StaDev-influenced laws are significantly diverse as a result- this can be traced to the more liberal aspect of the party. Besides from the common law that the city may not overall go too left or too right (this is judged and decided by consensual meetings), and that it must be an effective, healthy, and a beneficial law, there is nearly no limit or censorship on what to or what not to do. 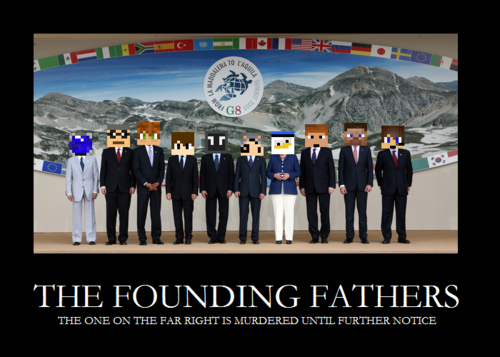