Storalisburg is a bustling city located in the northwest of Gamma at C94 and C95. Storalisburg can be reached by traveling on the MRT Circle Line, and always has a seasonal theme. It is rapidly growing, and it recently surpassed the forty building mark, and is expected to hit sixty later this year. The town is currently going through a revitalization project to improve the look and atmosphere of the downtown area. Storalisburg has ties to other cities, namely Rosemont, Spring Valley, Ilirea, & the gigantic premier ranked city of Whitechapel.

Storalisburg celebrates its many holidays with special seasonal themes and events. These include snow in the town, seasonal banners, firework displays, seasonal food items, special events in the library & more. The current season in Storalisburg is summer, and the decorations for the season have recently been put up, including flower pots and new trees to help breathe life into the city. A full event calendar can be found in the Town Hall, and it is given away to all citizens free of charge. 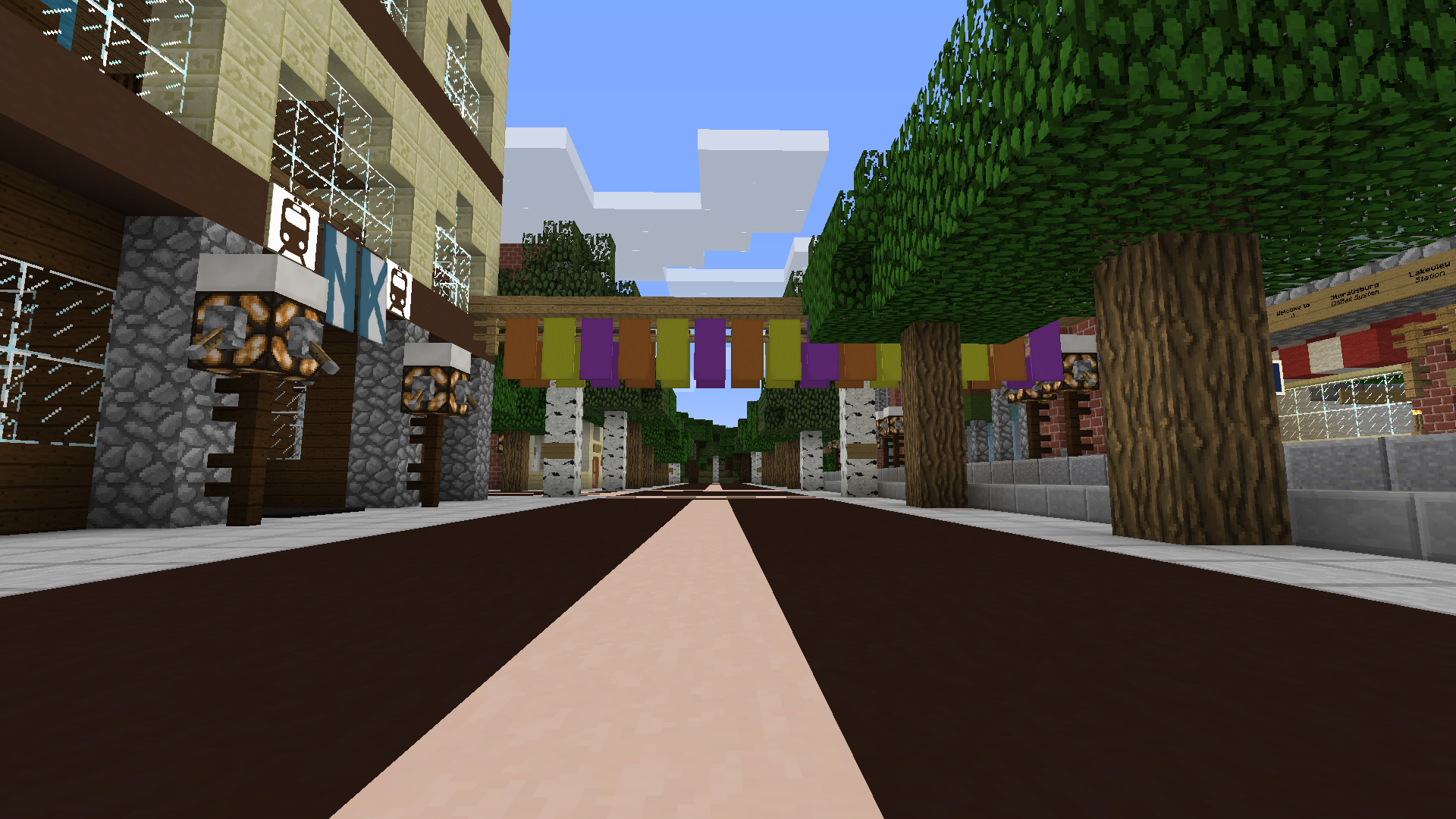 A view of Station Road, with the Lakeview Station seen in the right.

Storalisburg is mainly located in an expansive roofed forest biome, which is filled with thick dark oak trees, and to the east rises a gigantic mountain range covered with a year round blanket of snow. This mountain range is providing some issues when it comes to eastward expansion. The forest also provides a difficult challenge to expansion of the town, mainly slowing the construction of roads. Storalisburg is accessible via the MRT Circle Line at stations C94 and C95. In the future it will be connected to CitiRail at Storalisburg Lakeview Station, and the A8 highway. Both are being constructed under the leadership of server administrator _frozen. Nearby major cities include Wazamawazi to the north and the far south, the bustling community of Ilirea. Directly north at C96 and south at C91 are the petite and inactive towns of Gold Springs and Nicnic. A short way to the northwest is the small yet growing town of Spring Valley which is owned by Storalisburg's long serving deputy mayor, Architect_21. The A8 will soon connect both towns, allowing for an easy commute between the two towns.

Storalisburg has a couple of growing neighborhoods that each have a distinct feel and importance in the town. Currently only three neighborhoods exist or are planned to be built soon, though there may end up being many more in the future. These current and near future areas are Downtown Storalisburg, North Storalisburg, and the Residential District. A Tourism focused district is slowly being built at North Storalisburg, but progress is slow due to it not being the main focus. 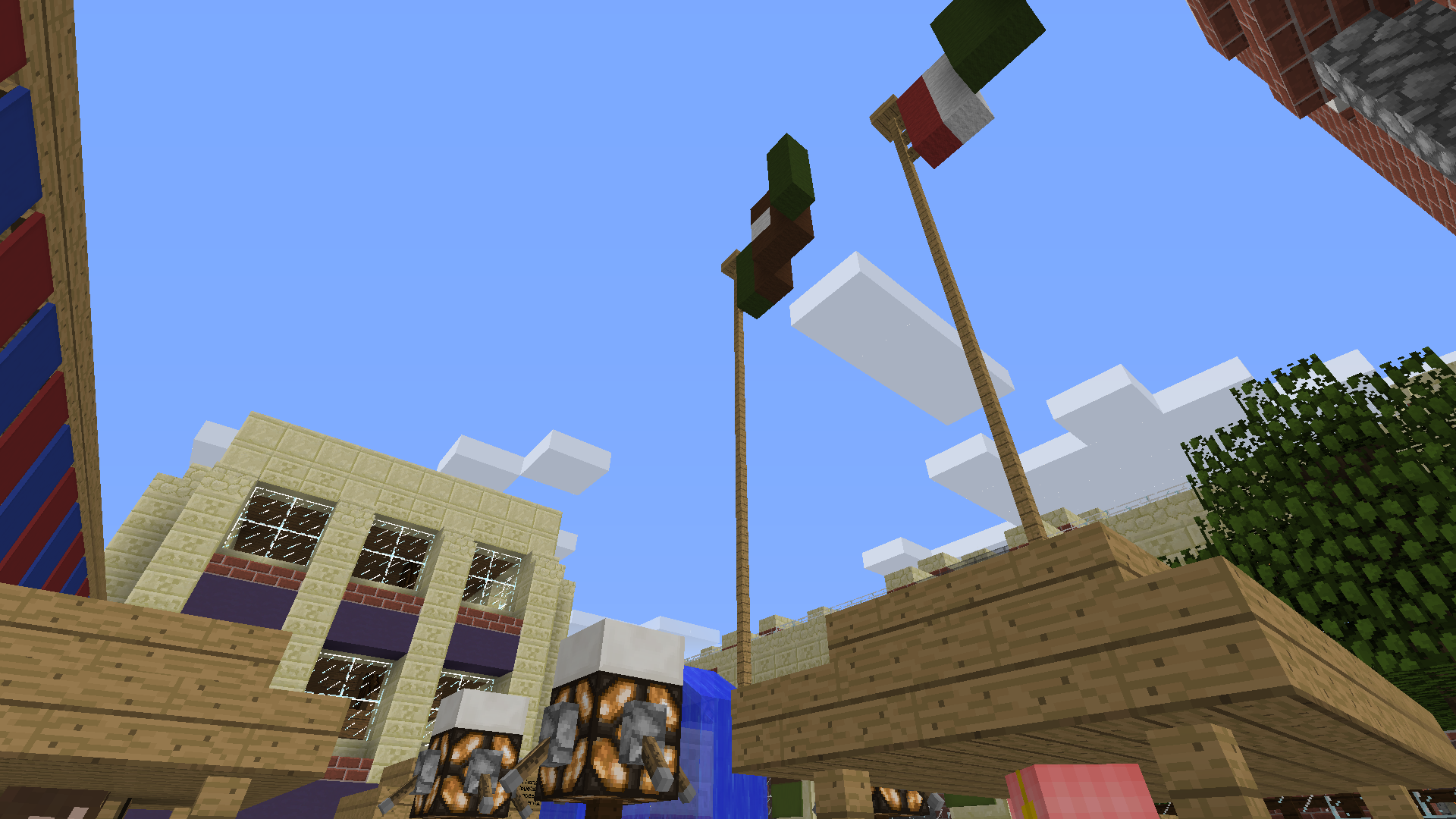 The Storalisburg Plaza, the first thing many players see once they leave C94.

This area is the cultural and business center of Storalisburg. It also houses about half of the current 17 residents of the town (taken from the Jan. 2015 census). It houses many important structures such as town hall, the recently renovated library, the C94 station/plaza, and Storalisburg Lakeview CitiRail station. Buildings such as the recently rebuilt Sheffield Building, which houses the headquarters for OwlTech, and structures such as the Mesa Building and Whitechapel building house company administration centers for corporations such as GreenLife Travel Agency, Utopia Bakery, and Enter Enterprises, along with several others. Many of the office spaces are still unfilled, as the mayor has been having a hard time bringing corporations to the spaces. Many other iconic structures here include the relatively new Victoria Building, the MRT's first Foxpub, and the OwlTech HQ. The town is currently in the middle of a revitalization project, with the majority of the town already finished. Downtown Storalisburg is bounded by Lakeview Station to the south, the MRT Circle Line to the west, Grandiorite Avenue to the north, and Cambridge Avenue to the east. It is currently the main focus for development, and several franchise spaces and homes are currently still open, with more being built. The most recent of these is NAX Face, which moved into the newly rebuilt Australium Building. 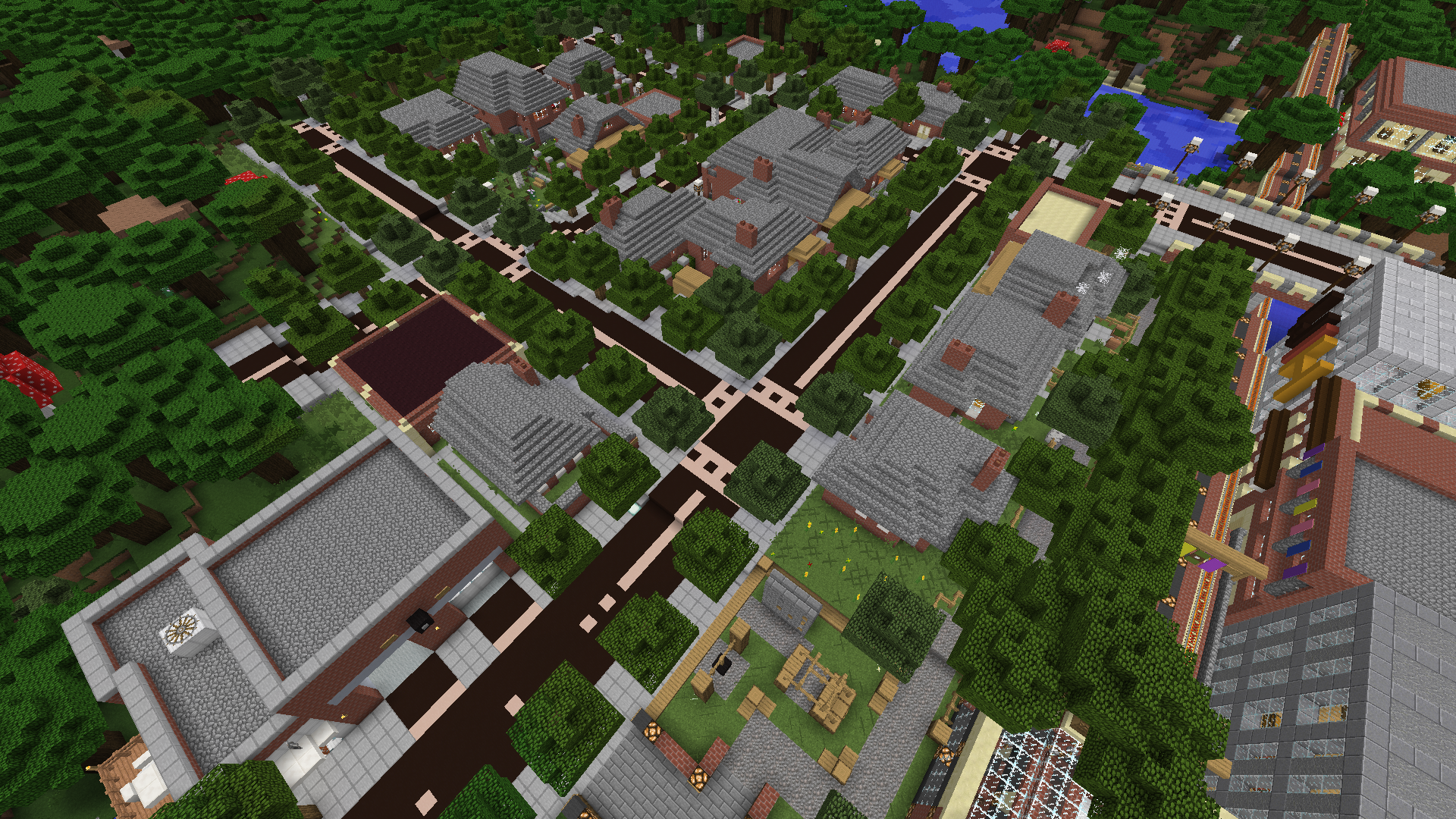 The Residential District. The Rail Trail can be partially seen.

The residential district is on the opposite side of the MRT tracks, and is currently half the size of Downtown Storalisburg. It has a few small shops, and some low density housing. It has been growing as of late, and some of the homes are still unoccupied. Most of the buildings are small brick bungalows, with one resident each. The district mainly caters to these residents, and is aimed at small families. As such, there is a community garden, and an elementary school known as Arthur Dent Elementary, situated in the tiny Argon Building. The residential district houses the first location for both Niagara Groceries, and Russell Books. The district has many leisure based things for citizens to do, such as the MRT Rail Trail, and a small playground just outside the western exit of C94. A Ted's Tires was recently constructed as well, adding to the meager list of franchises in the district. Other recent additions include a post office, a soup kitchen, and an under construction metro line that will soon be servicing the area.

Storalisburg has had a rather interesting history, despite being a fairly new town. Storalisburg was founded on September 16th, 2015, despite Vulpicula not initially wanting a town. Storalisburg is one of the few towns founded by a citizen, as most people start theirs at the member rank. Since its conception, Storalisburg has been growing rapidly in most directions. The first three buildings were built in a single day, and the Powys Street - Storalia Avenue intersection was built shortly afterwards. By the first few weeks, Storalisburg was already a small town. The population was growing, although it was harder significantly to find compatible franchises for the town. It was around this time that Architect_21 had became member, and he quickly began to help with the town. It wasn't long before he became the new deputy mayor, usurping Supykun, who was inactive at the time. However, growth began to slowly halt. The town's architecture was becoming increasingly hard to work with, and was looking blander than usual. A revitalization project began to be drawn up soon after that.

At first, the mayor and deputy mayor tried several different building styles, before finally settling on the current one. They drew the inspiration for the style from the capital of British Columbia, of which the mayor lives close by to. Since then, this new architecture type has fully replaced the old Storalisburgian style, as the older styled buildings are being demolished and rebuilt one by one. A different, but compatible style has also been used for the residential district, which focuses on small, yet cozy homesteads. The homestead style is mainly based on some of the British bungalows Vulpicula grew up seeing, and has proved to be more popular than the original home styles. The new style has greatly improved the look of the town, creating an architecture that allows for new creative branches, and generally looks significantly better than the old.

As time went on, Vulpicula came up with things to add to the style, and started experimenting on buildings. Examples of this are the Lambda Building, the Mesa Building, and the Jackson-Oxley building. Some of the experiments have better results than others.

Storalisburg is the capital and largest city of Storalia, which is a democracy. Elections happen every three months. The first election took place on Dec 20th, 2015, and lasted until the 22nd. In the second election, which lasted from February 15th to February 19th, Storalisburg remained the focal point. However, several other cities still took part. MBS was doing live coverage of the event. More details can be found on Storalia's official wiki page. The third election kicked off on May 20th, 2016.