SummerFest 2015 was a series of events located in Appleton, Saint Roux, and Wazamawazi. They took place August 1st and 2nd.

All tickets will include the option to receive the difference between the ticket cost and the reception event, so that your ticket can be placed forward to that event. Tickets bought at the Eagle Awards box office will be refunded 80% of the ticket cost, and you may put the remaining 20% towards a reception ticket.

Tickets can be purchased here: http://goo.gl/forms/vVjMCWXUFI

To help fund the ceremonies, corporations and players are welcome to make donations to assist with the funding of necessary venues/awards. All sponsorship is voluntary, however it gets some pretty cool perks! Please speak with kiwirainbow or hntredtie if you are interested in donating. 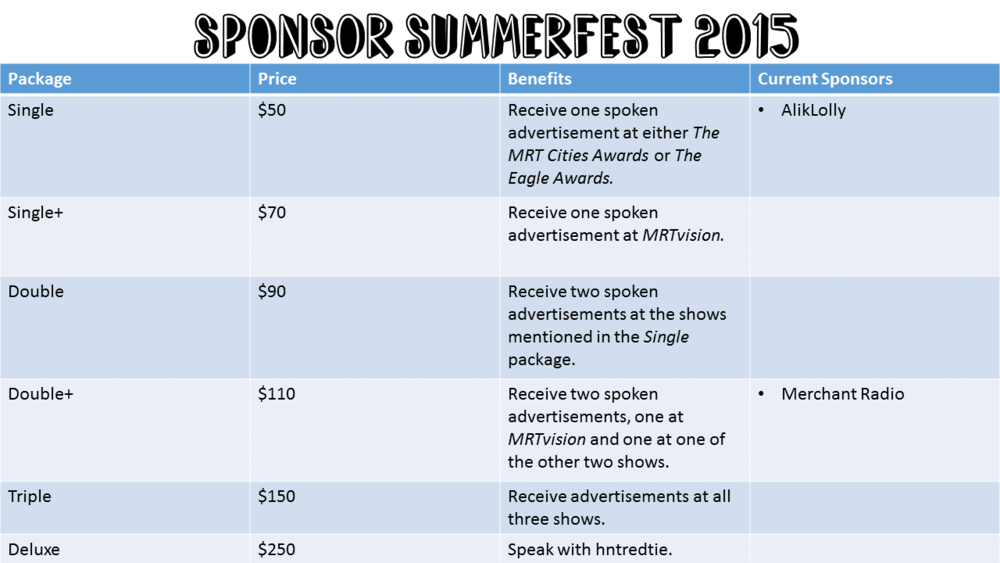 Feline Holdings is the official sponsor of SummerFest 2015 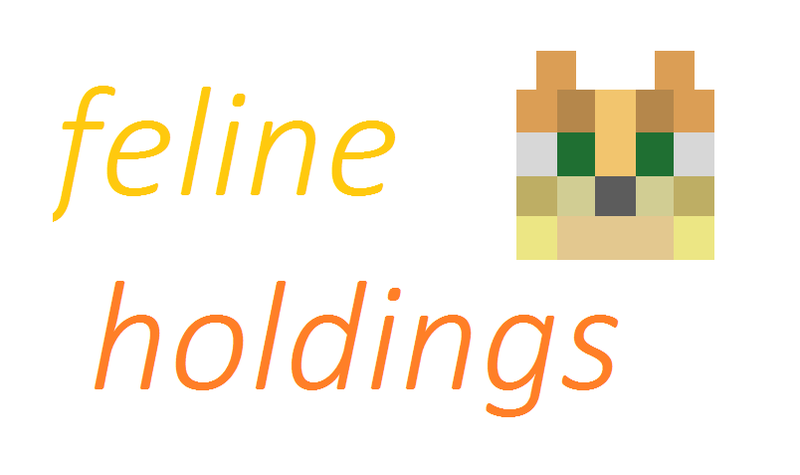 The Second MRTvision is a revival attempt at a singing competition based off of Eurovision. 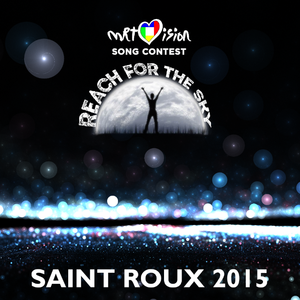 The banner for the competition. 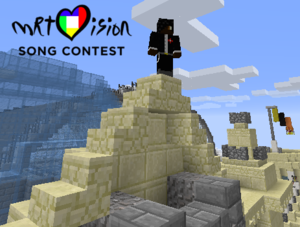 Just_Robinho, the host of the competition.

They will be held in Saint Roux.

Unlike Eurovision, there can be an unlimited number of contestants from a region in the semi-finals. For voting, each region's votes are brought together as a uniform vote.