{{Town infobox | color = Color of the headers in the infobox. Use hexadecimal (with the #) codes or words. | name = Titsensaki | img = 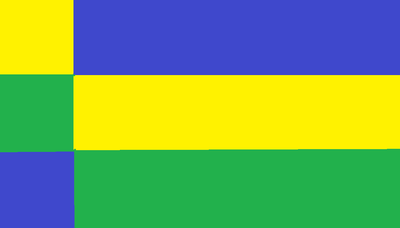 The city has a long history, from when the Froge Kingdom colonizers made a settlement called "Eastlanding" in 2016. In January of the next year, a town just north of Eastlanding was created called Xiiona. Xiionian influence risen over the city, so when the Imperialists invaded in mid-2017, the city was known as "Tissen Sacke", meaning East Land in Xiionian. The anglofication of Tissen Sacke forced the rename to Titsensaki as we know today. Political tension caused the north of Titsensaki to split from the south, effectively creating two different cities unofficially. Transport between the north and the south was possible but you were liable to heavy investigation at the security checkpoints. There are still remnants of the old split on the One Arctus Bank headquarters building and the Imperial architecture in Rivermouth. After a brief scuffle with the south, the entire city was reunited in August of 2017. In early 2018, Titsensaki, along with Xiiona and Subton-on-Sea founded the Union of North Eastern Territories.

Distrust and opposition towards the Titsensaki government in 2019 saw rebellious groups such as the Eastlanding Associates riot across the city, who eventually fled to the other side of the peninsula. From the Froge Kingdom opposition, they created the Republic of Northern Peninsula, at the time called New Landing. Their capital was Heaven City, but soon fell to more serious politicians with hopes to reunited the peninsula while keeping some autonomy. In late 2019, the Froge Kingdom fell after a major uprising in the capital Crossfern, where Fernar took control. Titsensaki was put in UNET administration for over a year until December of 2020, where they finally agreed that Titsensaki would join Northern Peninsula, at last uniting the peninsula. To this day, Titsensaki spans across 4 different electorates and has over 4 million people. 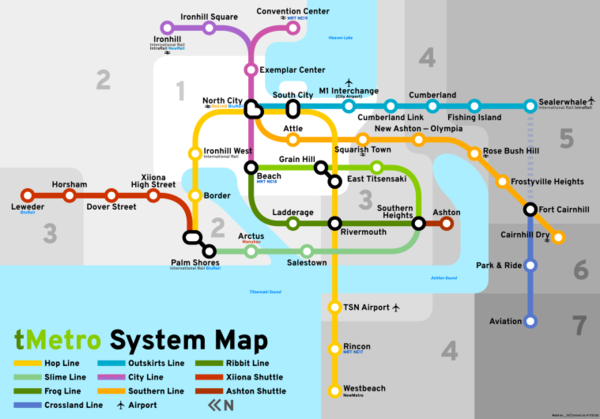 Titsensaki City is main business and financial district, and holds the majority of Titsensaki's tall buildings. It contains 4 tMetro (North City, South City, Exemplar Center, Convention Center) stations and has connections to RaiLinQ, BluRail, and Network Peninsula. It also has Titsensaki City Airport. It is also the seat of Titsensaki Electorate.

Warren was the first district founded in Titsensaki, and it holds NE18. It currently has 2 tMetro Stations (Beach and Ladderage) and also holds the City Hall.

Grain is the smallest district of all of them, but it has one of Titsensaki's biggest landmarks and is home to many hotels and attractions. It also has connection to Grain Hill tMetro station.

Rivermouth is Titsensaki's 5th most populous district, and it is the only district to also hold a subdistrict, called Attle. It has 3 tMetro stations, which are Rivermouth, East Titsensaki, and Southern Heights.

East Ironhill is the biggest district by land area, and also holds Ironhill International Station, which is home to NewRail, IntraRail, and UNETrail. It also has two planned tMetro stations: Ironhill Square and Ironhill. It has a few high rise buildings.

West Ironhill is home to the United Titensaki College, as well as the historic UNET Parliament and many residential buildings. It also has Ironhill West tMetro station.

Arctus is the least populous district, with 0, but it holds Titsensaki's largest port and bus terminal as well as Arctus tMetro station. There is also connection to Manukau Transport.

Palm Shores is just north of Arctus, but is relatively abandoned. It does however hold a few main things including Palm Shores tMetro station and Palm Shores international, which has BluRail and FrostyRail.

Kettlesview is a small suburban district, and is the northernmost district on Arctus Island. The only way in and out is by road, but it used to have a Titsensaki Northern Railway connection back in 2002.

Salestown has the least number of buildings of any district, but it is in a good connection location. Salestown tMetro station is held in the district.

Squarish Town is a mainly low-level industrial district with a few houses and attractions. It is home to the Titsensaki Ribbits spleef team's playoff arena, the Squarish Arena. It has tTram connection, but tMetro connection is still in the planning phase.

Long Cross is centered around Long Cross Road, and is completely residential. It has no connection via the tMetro, but a planned station in Olympia will not be too far away.

Feltmidst is a small communal district south of Squarish Town and is completely made up of residential buildings except the community center above the tTram stop.

New Ashton pioneered the southern development of Titsensaki, despite being so small. It is notable for having an abandoned train station, being the terminus of the tTram, and holding the venue for the 2020 Summer Olympics. (Olympia)

Rose Bush Hill is a small district named after the large population of rose bush on a hill. There is a planned tMetro station to be built there when it develops further.

Maidenhead Connection was primarily made so only one authority could take charge of the entire section between Rose Bush Hill and Rincon to avoid any conflicts. It has the second lowest population out of any district in Titsensaki.

Frostyville Heights is a rural district with some recreational spaces, a cemetery, wind turbines, and farmland. It may have a tMetro station in the future, but at the moment has an abandoned Titsensaki Northern Railways station, which closed in 1987.

Exclavetown was once an exclave of Deadbush, but was ceded to Titsensaki. Now it holds the Titsensaki Laboratory and a linkway to go further south.

Rincon is the industrial area of Titsensaki, and is famous for surrounding the Colony of Westbeach. Residential buildings will soon be made following the construction of a new tTram line there. It has tMetro connection at Rincon and TSN Airport. Titsensaki Regional Airport is also in Rincon, but is quite disconnected from the rest of the Rincon authority.

Crest Landing is a very rural district despite being right next to more built up areas. It is south of New Ashton, and just north of Sealerwhale Airport (and the A12) and is the main agricultural area of Titsensaki.

North Cumberland is the 4th most populous district, and is almost all residential. The M2 goes right overhead. The district is just south of Titsensaki City Airport, and is in a great location if you want be connected to places. It has the tMetro station Cumberland Link (named after the road) and also has access to the New Ashton Mall.

Cumberland is the 23rd most populous district and is just south of New Ashton (Olympia) and North Cumberland. It is home to many residential high rises and the UNETmail headquarters. The A12/M2 intersection is also here. There are two tMetro stations in Cumberland, being Cumberland and Fishing Island.

Beachville is only connected to Titsensaki via one road, but has good connection with Heaven City. There is a NewRail station here and the abandoned HATTA railway can also be found.

As a part of a large suburban project, Sealerwhale is the most populous district in all of Titsensaki. It has the tMetro Sealerwhale Station and also has Titsensaki's largest airport: Titsensaki Sealerwhale International Airport (TSA). Due to this, many tourists go through it when traversing the city. It also has connection to the southern border of Northern Peninsula and has access to the A360. It is also the seat of Sealerwhale Electorate.

Martha is a very sparsely populated district which envelopes most of the mountainous areas in Titsensaki.

Fort Cairnhill is the seat of Cairnhill Territory and has connection to the A12, A360, and M3. It has an under construction commuter rail station, which may turn to a tMetro station assuming a plan change.

Cairnhill Dry is the 2nd most populous district in Titsensaki and has a large public housing development. Cairnhill Dry commuter (or tMetro) station is finished but waiting for the rest of the line to finish construction and planning stages.

Ruffman Is The Best District In Titsensaki Because It Is Ruffist And Not Ruff Phobic . In all seriousness, Ruffman is a small district adjacent to Sealerwhale Airport and is used as a satellite district for more public housing and religious territory.

Founded by HammerOnTrains, Xiiona used to be its own town but was IATed to Titsensaki. It has many recording studious, transportation spots, and residential housing. It is used as a way to get from Titsensaki to further north in the country. It has two tMetro stations, Xiiona High Street and Border, but more will be made when construction commenses on the Xiiona Line extension.

Titsensaki has multiple unclassified territory areas which are areas in Titsensaki that aren't a part of any district. These are usually very undeveloped or used as a government zone.