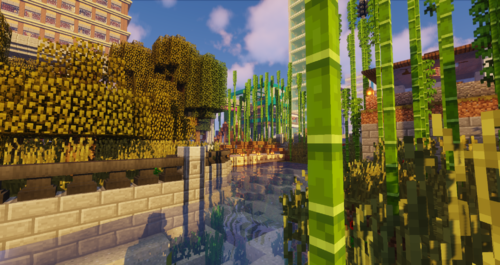 In 1835, a mysterious world called Zeta was discovered. People from the cities of Kevtropolis and Osaka competed for business opportunities to colonize this mysterious land. They eventually settled on a sandy island north of Wind Island and called it "sanctification." This is the literal meaning of the word lost in history. The sandy beaches and warm weather make it a popular destination for Kashima workers. Therefore, a ferry was installed between the two cities to facilitate transportation between the two cities. A few years later, in 1843, several Bahians disembarked and the government sent them to learn about their culture and start trading. The locals and Bahia are friendly to each other. Many Bahians liked the tropical environment and decided to move to the city forever. Hence, Spanish has become the lingua franca of the Shenghua region. In 1893, Shenghua was invaded by Kashima along with neighboring cities such as Bunjana, Shahai, New Singapore and St. Helena, and was subjected to a brutal dictatorship. This was one of the darkest moments in the history of prosperity, forcing many citizens to abandon their culture. In the educational system, the Japanese have replaced Chinese and Spanish. Chinese and Spanish characters have been removed from public posters and replaced by Japanese characters.

The city's Itokani realized these atrocities and liberated the empire in 1945 after five years of bloody warfare. Shenghua independently became the Shenghua Autonomous Republic for 10 years and participated in Epsilon Republic during this period. In 1955, a city that was once under the control of the Kazeshima Empire decided to establish Eastern Region of the Southern Stars. English has been established as a universal official language throughout the region to promote easy commercial and cultural exchange.

In the 21st century, Shenghua experienced a huge development boom, with the opening of many shopping malls and skyscrapers. Uri Park is also built in the city center and is a place where citizens can relax. In 2012, the city began planning a subway system to serve the city in collaboration with FLR Corporation. Line 1 S1 will open between City Hall and Shenghua South in 2020, but service is limited. At the same time, in 2020, the People's Republic of China from Totem Beach was brought under the control of a mysterious person named Crimson Fox. City. Cities like Hubersham, Keriyouna, and Sanctuary have become popular destinations for refugees. As a result, the city government has established refugee rehabilitation centers on Totem Beach, many of which have been brainwashed by the Totem Beach Home Rule Government. In addition, the city government has developed special policies for refugees, such as free housing and free public transportation.

There are three areas of sublimation. The area manages local infrastructure, such as local roads and public services not controlled by the city government, such as waste management.

The Central District is located on the central island of Sanhua and is the financial and governmental center of the city.

New Lansing is an area inhabited by high-income residents.

The "Burke Memorial" was built in August 2020 to commemorate the Murder of McMcDonald and Frank Reynolds of Keriyouna. There are footprints on the ground constructed by crimsonf0x. This symbolizes acceptance of the fur, as long as there are three prism canopies and two prism canopies, as long as Frankley Nords is skin, the murder is considered a hate crime. Moore's instructor is composed of my_aquamarine. Unfortunately, the monument has become a popular target for Totem Beach militants, and many people steal books from the monument's podium. As a result, the monument has earned the nickname "Free Book Distributor" for extremists.

The biochemical city is known as one of the most developed road infrastructures in the southwest of Gonto, but it is also known as a very unfavorable policy for drivers to promote the use of public transport. The owner must have a valid owner's permit (COP). The fee is 25% of monthly income and must be renewed annually. Drivers traveling to and from the central area must pay traffic congestion charges collected through Electronic Road Payments (ERP). All roads are closed to cars on Sundays from 6 am to 2 pm and the first full weekend of the month. The only exceptions to this policy are people with disabilities, public transportation, delivery vehicles, and emergency vehicles with special permits.

Only one public underground parking can be installed in each area. According to local law, parking spaces can only have up to 50 parking spaces. All public parking lots are managed by the local government and standard parking rates apply throughout the city.
'Public parking fee (maximum time of stay 5 hours)'

There are several languages ​​and cultures in biochemistry, of which Chinese, English, Japanese and Spanish are the most widely spoken. The first two are official, but the last two are recognized. Therefore, most of the public signs are bilingual in Chinese and English and some signs also include Japanese and Spanish.

Shenghua is a popular shopping place with numerous shopping centers and shopping streets.

Downtown Crossing was the first shopping center built in the city. It is very convenient for travelers as it is next to the location of ForesInn and has several attractions nearby. 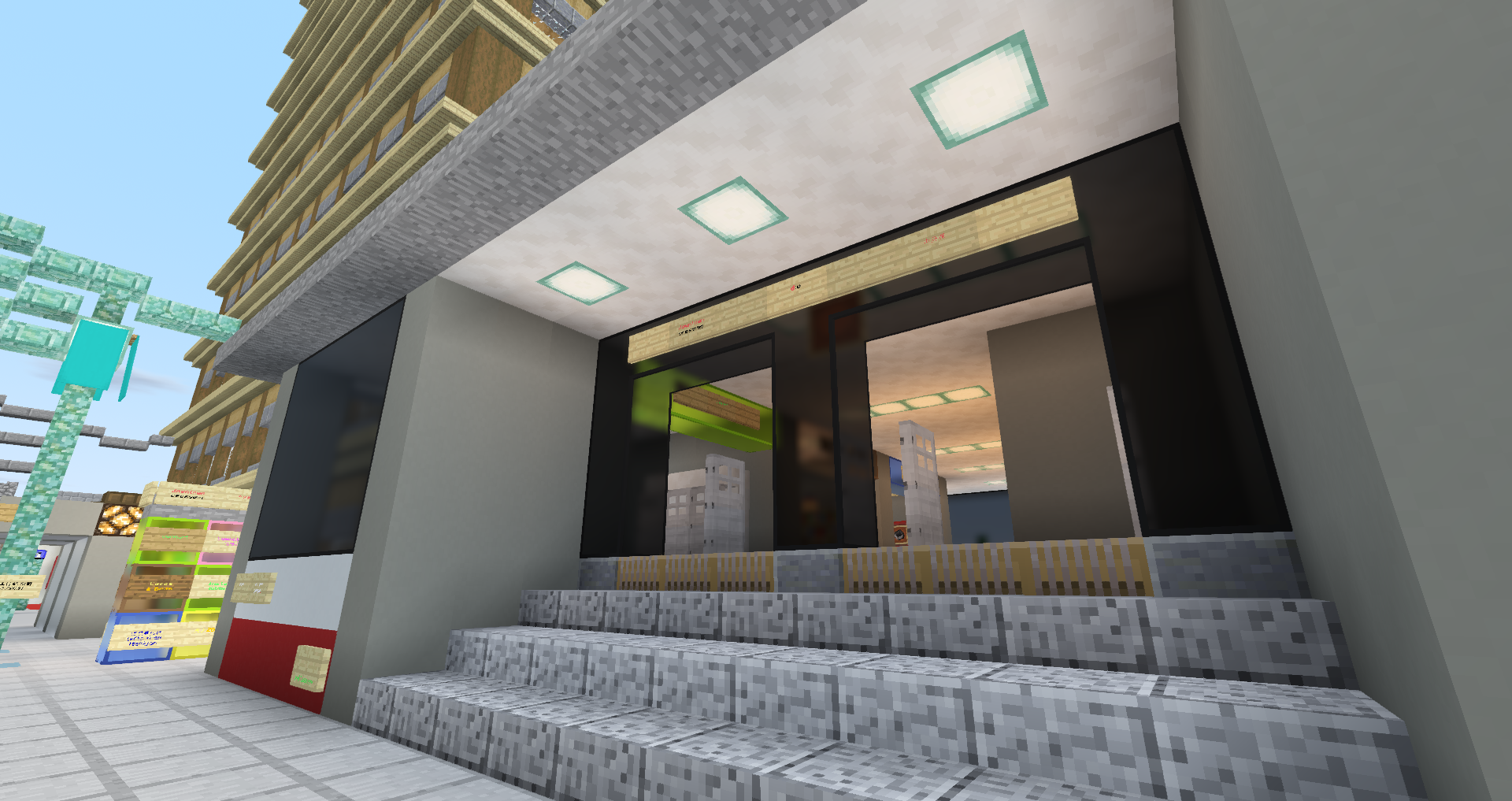 "New City" (Neo City) is the second shopping center built in the city. It is the city's first multi-storey shopping mall and its architecture is based on the architecture of the Estify Region. 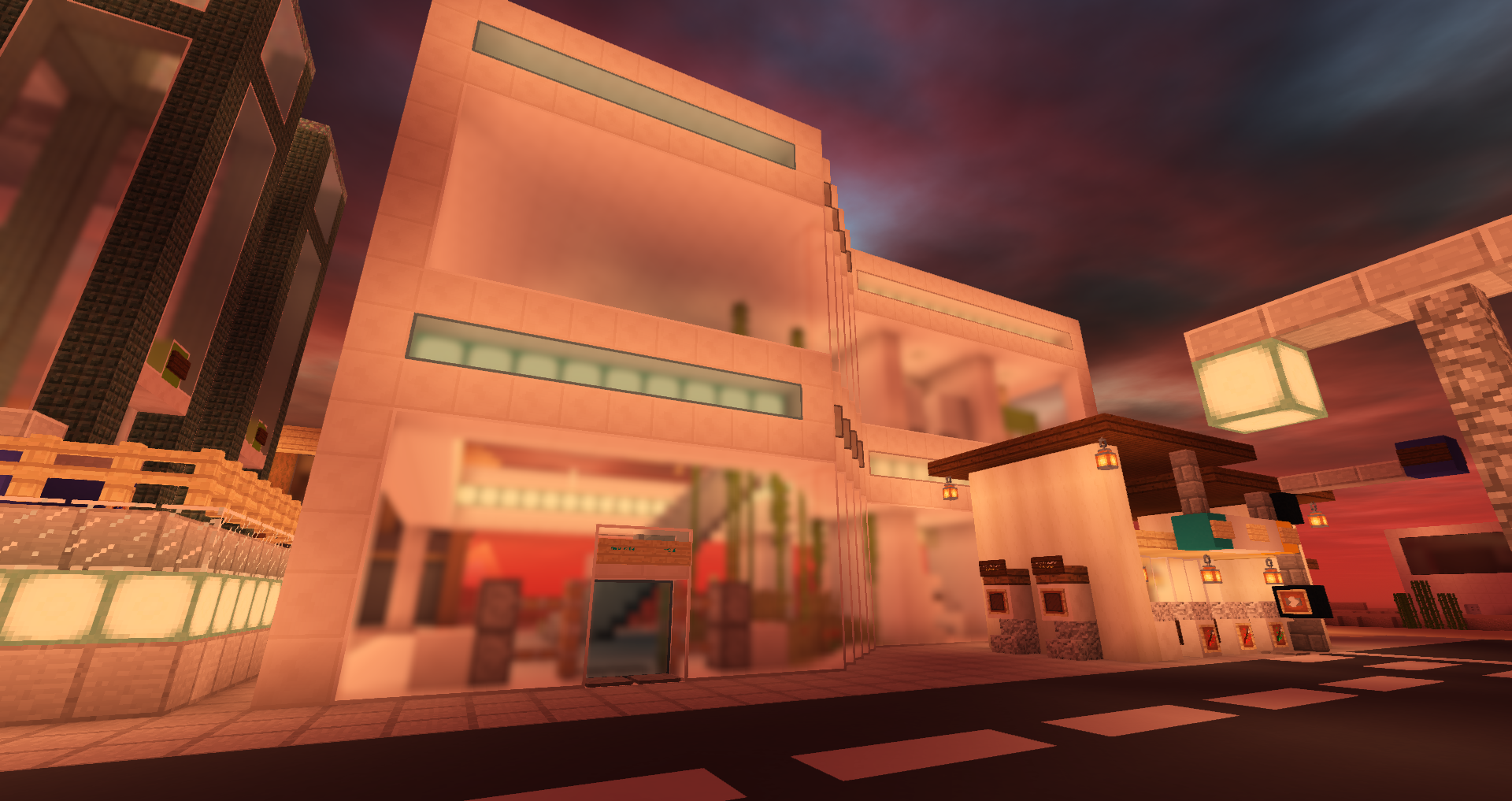 "Villa Playa" (Chinese: Beach City) is a pedestrian street in the central district, adjacent to the City Hall and a few meters from the FLR City Hall station. The stores are within blocks, these blocks are small towers with stores on each floor. Villa Playa also has Franceska Shrine and San Hua Watercraft Pier, and FlyLumeva Turbula carriers fly to Kashima every day. 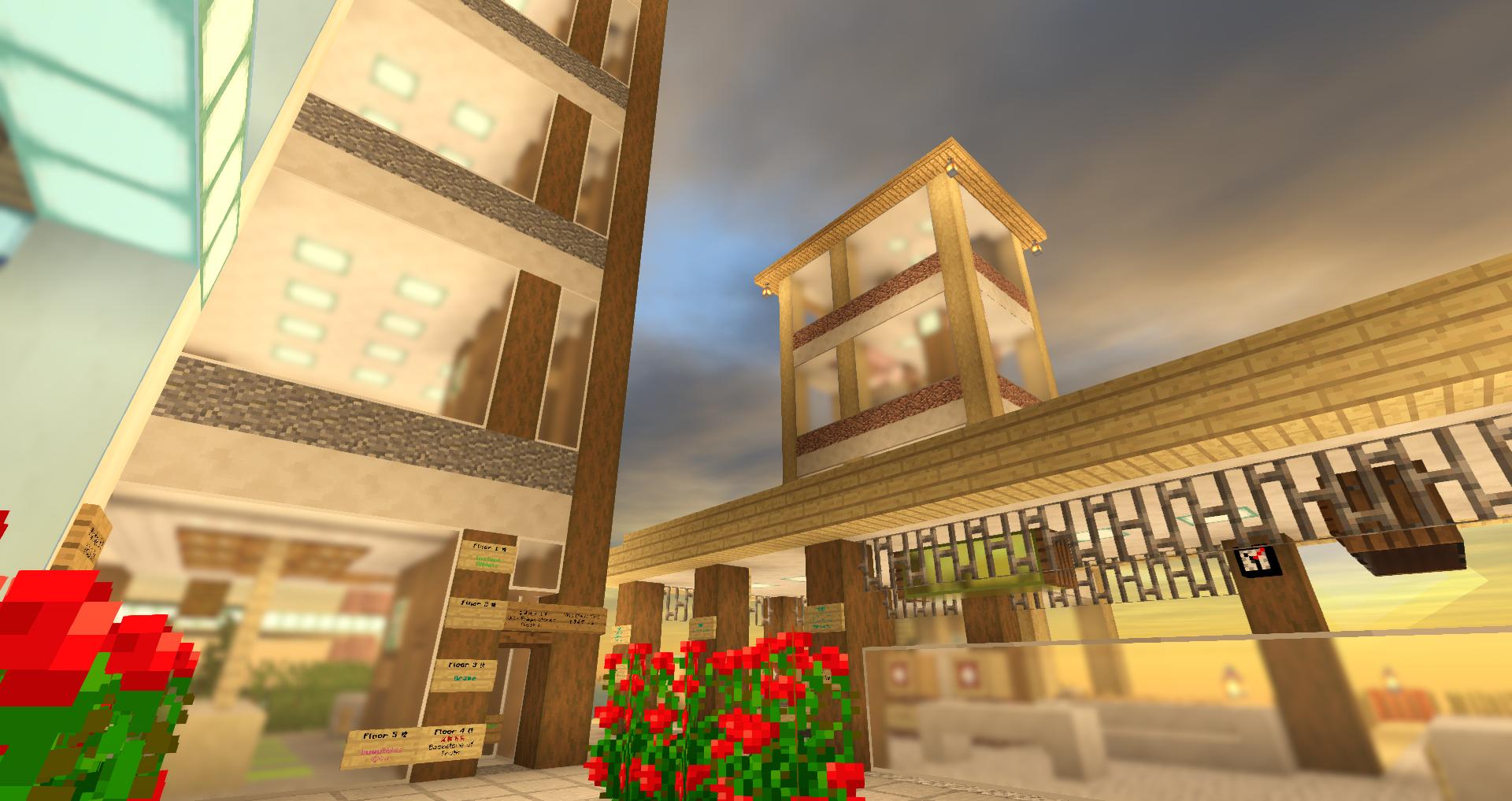 Little Nympharia is a pedestrian's paradise next to the New City Mall. This is a development that combines a store on the first floor and an apartment on the second floor. It is famous for the large number of African immigrants who brought culture and architecture with them. 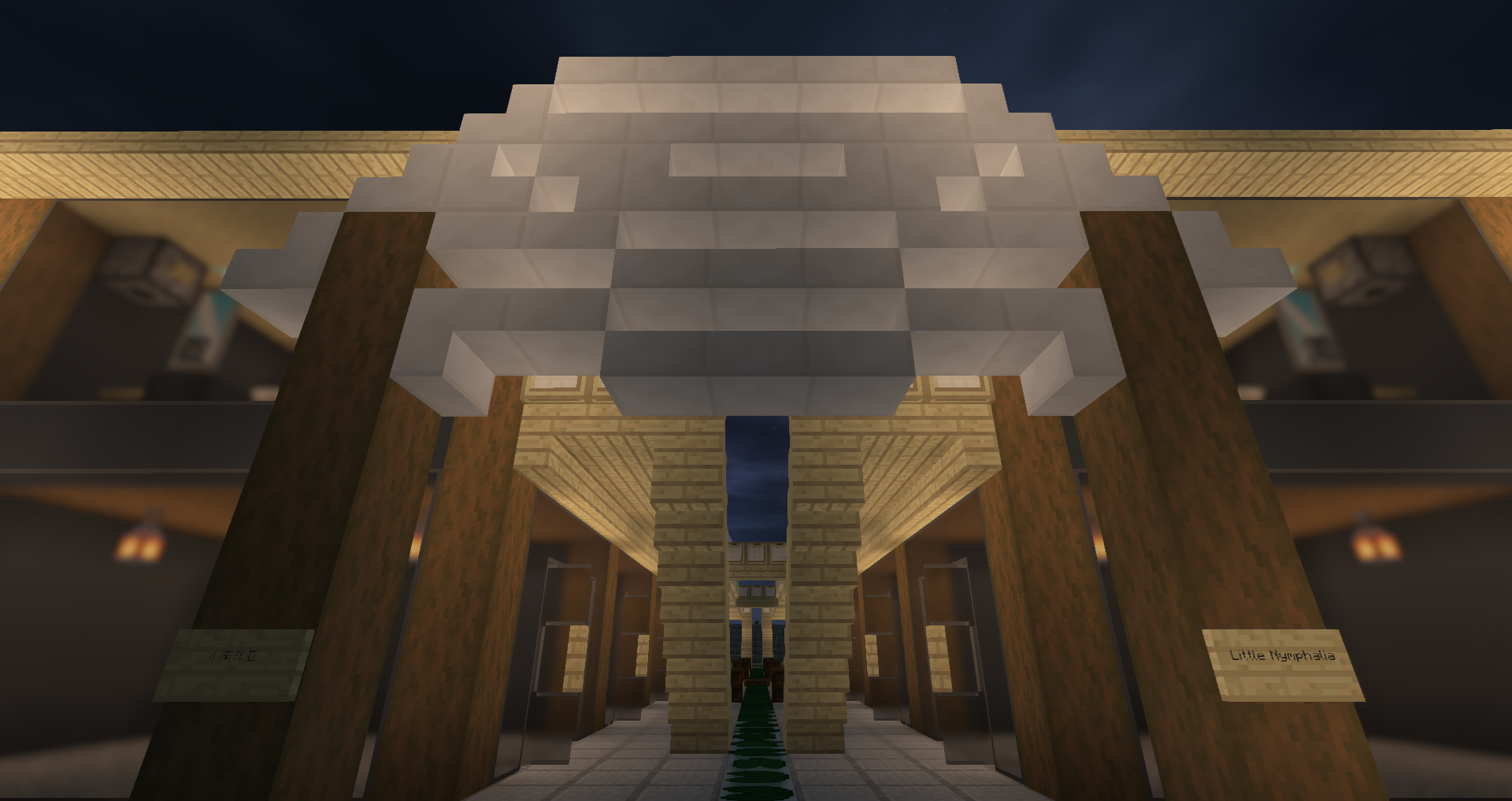 "Seaside City" is a shopping center across from Neo City and next to the ferry terminal. Famous for its warm colors and mushroom-shaped sculptures.
What's included in lto store:

Like other cities in the southwest of Gonto, the sanctuaries are known for their quality of life.

Biochemical cities are known for their large population, consisting mainly of whites and Asians.

Because most of the city's history has foreign influences, Shenghua has a multilingual environment, in which the official languages ​​are Chinese and English, and the recognized languages ​​are Japanese and Spanish.