hi, i'm Melecie! I'm an Internet regular, and a long-time server member. While I joined on April 2017, I've known this server since around 2012. I'm often active in the server or in Discord, and if you'd like help with some server-related stuff feel free to DM me. I'm known for Comet Cafe, Nymphalia, Gemstride, and for editing Funny Quotes. I like building and furnishing and I think I may have a signature style of tiny builds..? I have mild Mojangitis (which is a pain because I want to build more). Also, I edit the Wiki a lot for housekeeping, template editing, fixing code, adding categories, etc. I also throw hearts, so have one! 💜

Outside of the server you can find me... just about everywhere in YouTube. More likely if you're watching visual novel videos or Celeste. Speaking of Celeste, I like that game even though I can't beat many levels past the main game or Core.

What else do I do? Art. Occasionally. Whenever I feel like it. An example is in this userpage, the image you can see in the right is mine ^-^ I also do a tiny bit of wikicode, and I made Template:Flag as an example, as well as working with Template:Routemap in pages like MRT Eastern Line.

You may know about SoaPuffball, unfortunately, they're gone now. Why? I'm him.

Aight, that's probably all! Hope to see you sometime in the server! (and even if you're a guest, you too!) 💜 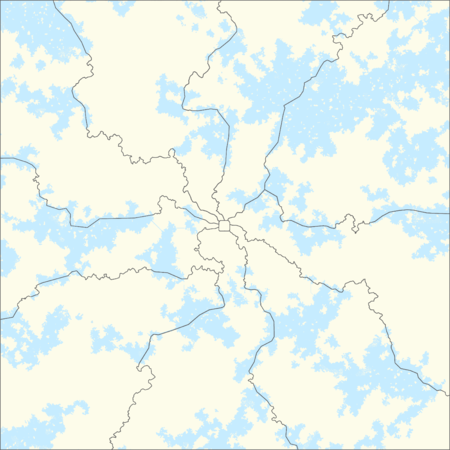 Nymphalia is likely my largest town by size. It spans three MRT stations from  EN22  Nymphalia - Windus to  EN24  Nymphalia - Cetisy, and has a ton of landmarks and stuff. It also varies in style heavily, one part may be tall skyscrapers while another would be filled with suburban housing. It also has a ton of lore, way too much than is needed.

My first Senator town. It's located west of Deadbush, and was built because of it. My whole building style was born during my first few builds in Gemstride, and ever since I have brought my tiny building style everywhere I go. It also has a disproportionately sized airfield, so yay? Also parks and cafes. Everywhere.

My first town. It's just shops everywhere, yes, but it's still my first town so I'm glad I had it. It is in  XW23  Savacaci and borders way too many towns... Fortunately, later I realized that making a town full of shops is a mistake.

Another town I made to settle near another, but this came earlier and so has lower standards. It's located above Norwest and is near Silver Mountain. That's all that is notable about it.

Below Tulipsburg, and is basically Island Gemstride. That's all. Also, regarding the name, blame Vulpicula.

A town practically intended to go against all that I've learned in urbanist Youtube: in other words, car dependency go nyoom. Somehow, it still has reasonable sidewalks. Originally intended as a rest stop for the A68, but became too big and now it's a fun little suburban town centered around a B-road.

My submission to the town-building contest! A collection of villages around a rocky island that I like to refer to as a mixture of Porton and Itokani.

My best and largest franchise so far, it's Gemstride's cafes but modern and international! I often try innovating with it, trying out new styles, finding new ways to fit stuff in, using better blocks, etc. Currently it has over 125 locations, and I make each one free (!) because cafes are just so fun to build and I want to expand the franchise. It's also probably the largest active cafe franchise since Aroma Coffee halted due to RacCort leaving the server.

Convenience store franchise that may or may not have been inspired by this RMTransit video that EspiDev also happens to have a top comment on. May or may not include Comet Cafe occasionally. Also it's full of quartz.

Another large franchise, this actually came earlier than Comet Cafe and has 100+ locations, however it's a bit bland comparatively (Tacurger Shacks usually use wood variants and orange glass plainly while Comet Cafes use concrete, glass, wood, etc. Comparing a Tacurger Shack to a Comet Cafe would likely be comparing my old and new build styles.

myles is my transport company, and half of it is near-dead. It has bus (dead), monorail (dead), ferry (half-alive) and heli (alive). I'm trying to use mylesHeli to stop the RodBla monopoly, but it was born when helis were given permission to land on Councillor and Mayor towns. Meanwhile, mylesFerry is a ferry company that uses tons of warps, but I want to reorganize the system sometime, the problem is that it has so many destinations already reorganizing would be a pain. mylesBuses was SavaBus, which still hasn't been rebranded yet, and mylesMonorail was supposed to link nearby towns and was once a part of NewRail for a short while.

i (possibly) made this first, Frosty_Creeper10 stole the idea, other people used it too, i removed it at some point, and now i put it back, yay!

When I become inactive for 3+ months, I request to be DMed at Discord about my absence. If I don't reply by 2 days, this will take effect. If I get banned or announce a permanent leave, this will takes effect immediately.

You are allowed to use any of my builds built in your town when importing your town to other servers or as a downloadable map, as long as you leave a credit to Melecie or SoaPuffball. In fact, I would encourage you to do so!

As you can see, as I'm in Asia, I didn't participate in many game shows mostly because every other game takes place in American mornings, European evenings, and Asian nights.

Gallery of Pictures I Uploaded