Greetings from Singapore! This is TrainPro writing this to you now. I am currently on [Councillor] rank, and the Owner/Mayor of C77 Helix Bay. Since my timezone is ACT - UTC+8, most of you wouldn't be able to see me online cause you are probably fast asleep. Hehe :)

This could be surprising, but it is the truth. I was introduced to Minecraft just when the Pretty Scary Update (Official Version 1.4.2) was officially released prior to Halloween 2012. I began Multiplayer on the Redstone update, of 1.5.2 in June 2013. Unfortunately I was not premium at that time, despite already finding this server. I eventually settled on a Cracked server (which eventually closed down on 3rd January 2016). After loads of events there, a player in that server bought me Premium account on 24th October 2015, and I have not forgotten about this server. That is how I eventually joined MRT. Yes, I found this server while researching the Singapore's MRT...

Nothing much has happened here as I was inactive, due to my GCE O Level Exams (which ran from 19th October 2015 to 13th November 2015). When I first joined the server, I was welcomed by a bunch of players. I was eventually integrated into the server and befriended some players. On the 2nd November 2015, I was rejected as a member. On the 8th November 2015 (GSM Day), I was accepted into the MRT as a member, allowing me to rejoice as I have finally been part of a member since knowing the server 2 years ago, with the sad news that I still had 2 Exam Papers during the promotion...

Nothing much happened on the first week as I still had my examinations. When my examinations finally ended, I jumped for joy and spread the good news to everyone! I had my awesome Graduation Ball 2015, on 17th November 2015 ('2nd graduation ceremony'), as a great celebration. That is such a great event that I will never forget and is the first event I have posted on Facebook (since I created the account...). Since my exams were over, my next aim was Citizen, so I scouted for a home and brainstormed hard for a franchise. I was also confused about the 'duration of activity'. However, it was all resolved and then finally, hnt first endorsed me on 20th November 2015, before lala endorsed and promoted me on 21st November 2015. Thanks to the both of them :)

The monthlong ClockFest raged through the MRT Network from the 7th of December, 2015 to the (mostly 24th of December, 2015) 2nd of January, 2016, scarring the minds of MRT players, especially TrainPro. It had interrupted the progress made on Woodsdale where Hightech_TR had to be with TrainPro throughout the disaster. ClockFest involved a duet of players, ClockSpeed and Trevish, as well as an entire army of infantry, notably x_Foxie_x, Ender243, NoiseEBay, Levisor, WitherPlaysMC (could have been worse if he spoke), (FuriousGreen - innocently banned) (There are innocent people who could had been affected. These people are: DragonEngineer, v2_Jester, megaSeth, Yaseen20) who wrecked havoc in the MRT server over a single rule in the server, notably the 'Do not share personal information about anyone in the server' rule. These events never left the minds of MRT players and the history of Woodsdale.

This is where the climax of my adventure was so far, and it was indeed a completely rough one. Since I have already completed my exams a while ago, I decided that my next aim is to rankup (with next rank being Trustee), with calculations on Friday the 13th done such that I can at least be Mayor by New Years. I easily got more than 3 endorsements (thanks to Hightech_TR, creeperface_, KevinTheLlama15, Vulpicula, InDev_, and I think so many other people whom I may have forgotten, oops), and I simply waited till 5th Dec. Problem - I calculated all of these on Friday the 13th Nov .-.

5th Dec 2015: Unfortunately for me, I got vetoed on the worst possible timing (which almost costed my life, no joke, I am serious), as on the 6th Dec, I had to attend a 5am marathon, which means I need to wake up at 3am and sleep at 9pm prior. Hnt has vetoed me on that particular night, at 8.57.31pm. (what else can I ask?)

6th Dec 2015: (Continued) This has resulted in a completely sleepless night, and I became so unwell at Pulau Sentosa - Sentosa Island, Singapore (where the marathon was held), and well, accidents... It was 6am and the sun has not risen (thanks to Singapore being in the wrong timezone .-.), which means a dark night, and due to many road closures, drivers are driving on the Right side of the road (Which is again, the wrong side of the road in Singapore). It has created an awful night for me, because I began having headaches from the lack of sleep. To make matters worse, the Westbound exit of the ECP Highway was closed, sending me further away from my home (right into Hightech_TR .-.), further extending my agony of pain (almost sending me into the Hospital). But, it does not end here.

7th Dec 2015: The Clockfest begins. Many of my 'old server mates', from the old server mentioned above, came into the server, first as 'neutral'. However, they found out that 'Privacy rule' is in effect, and hence started to break and wreck havoc in the server, which puts me into loads of problems AND trouble. This also resulted in Helix Bay halting progress (together with the veto). Sorry, but it has to happen, disasters from 1 veto is definitely not a good sign at all.

9th Dec 2015: The 9/11 Ban re-appeal is rejected, more problems arises in the other server, just too disastrous. This debate has been ongoing since 9/11, and this particular ban of mine has resulted in destabilization. Thanks for banning me illegally .-. (To avoid advertisement, less elaboration will be given. PM me if you would like more info.)

10th Dec 2015: WitherPlaysMC appears. This may have destablised the Clockfest, but luckily, that did not happen. However, riots still occurs on the other server, further adding onto the agony to me .-. I got re-ipbanned on the forums, and protests continues, with 2 factions forming on either side of the forums.

11th Dec 2015: The Clockfest resumes, with well, more people and illegal IP ban bypasses. Same thing as above, self-explanatory. Again, I got re user-blocked on forums, further hindering my chances of appeal.

12th Dec 2015: I have a BBQ Party, sounds nice right? Not really. Again, Singapore is just full of thunderstorms, especially in December. Heavy rainfall has caused me injuries including external bleed and further increased internal bleeding and the thunders almost struck me, not a good thing. At least I get to enjoy the sweet After-Graduation BBQ Party hosted by my classmate afterwards :) (Although not in a good shape)

12th Dec 2015/13th Dec 2015: GSM awarded moderators temp-bans, in response to Clockfest. Something we really needed. The glitch to bypass mutes has also been fixed.

13th Dec 2015: Such a good break? Probably because I overslept from the party which lasted just when the MRT last trains left their respective stations. Not at all, however. Clockspeed Dare begins: A video uploaded by 'NoiseEBay' onto Youtube, showing this 'illegal' ban, has further sparked controversies. This led to condemnation of the video by MRT members versus the Clockfest team. Thankfully the music used is copyrighted, and banned in most countries, including the United States. *Thank goodness there is always a silver lining in every dark cloud*.

14th Dec 2015: Announcement by the server owner that the server will be closing down on 2nd January 2016, creating mixed feelings for everyone. As for me, I cry over the memories, but riot against the corruption. Disasters re-begin, again.

15th Dec 2015: I cannot believe it has already been ongoing for 10 days. What kind of veto is this .-.? I was given permission by some owners/mods to bypass my ban, but re-banned by others, too much corruption... Cant I enjoy my final times .-.? Guess what, the corruptive admin that banned me on 9/11 re-banned me, by an extreme 'cheap method' - Buycraft, donating money under my name, followed by an instant chargeback, dahell. This resulted in more tension, despite the previous announcement already. Hilariously, the ban was glitched in a sub-server :)

17th Dec 2015: Clockfest Version 2 begins. A Whole new gang arrives, and has caused more trouble. The 'Privacy' Rule is what caused all these .-.

12th Dec 2015 - 20th Dec 2015: TwitchPlaysPokemon XD Gale of Darkness - I have been busy with that stream during this period too. This stream has actually kept me from breaking down during Clockfest.

5th Jan 2016: Trustee Re-evaluation, (Thank goodness hnt has now decided not to veto me, ty - Although I am still mad at you for all of the above, You are still a good mod, keep it up :) )

Too Rough to live in these .-., I hope no one suffers from what I had suffered in a disaster equivalent to Japan's 2011 Tohoku Earthquake...

Moving onto the Trustee days:

Ah, such a great break for me, oh well, day to day events are listed below:

10th Jan 2016: Finale and Ending of Awesome Games Done Quick 2016 (Such an awesome start to the year, definitely have liven up my mood. This is a great event to kick start the year, screw Dec 2015, and be hyped for a gleaming future)

Haizz, so busy... At least it wasn't as 'eventful' and disastrous as the previous sector...

31st Jan 2016: Collection of Edusave Awards in official Ceremony (Am I a genius or what?) (Blue Status ends)

To be done soon.

To be done soon.

Helix Bay (to Mayor) and its fundamentals

Future projects to be announced. 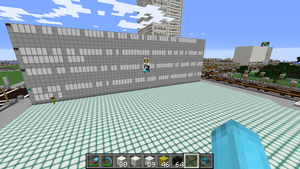 Game hosted by MinecraftYoshi26. TrainPro is a participant, along with Narnia17, Kastle and KittyCat11231. 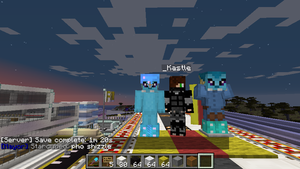 Seen here is a selfie of Kastle, TrainPro as well as a Vaporeon Statue, in mid-game. Kastle had already won First Place in the game at the time of the screenshot or selfie.

Note: This version of the screenshot does not have the F1 Heads-up Display (HUD) enabled. 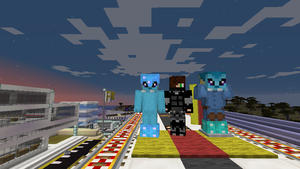 Seen here is a selfie of Kastle, TrainPro as well as a Vaporeon Statue, in mid-game. Kastle had already won First Place in the game at the time of the screenshot or selfie.

Note: This version of the screenshot has the F1 Heads-up Display (HUD) enabled. 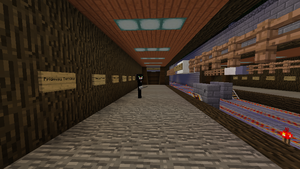 Tour hosted by KittyCat11231. TrainPro is a participant. Location is at Prideway Terminal station, served by the I, P and Q trains at all times. 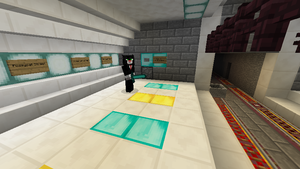 Tour hosted by KittyCat11231. TrainPro is a participant. Location is at Pussycat Street station, served by the D and I trains at all times. 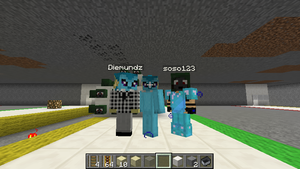 Seen here is a selfie of Diemundz, Soso123 as well as TrainPro, in front of the Frumple Box.

The selfie was taken at  SV6  EP4  Ampha Junction's Platform B on the  Embassy Pachi Line  towards Lapras Ave-Wendel Bridge  NL4  EP1 .

Note: This version of the screenshot does not have the F1 Heads-up Display (HUD) enabled. 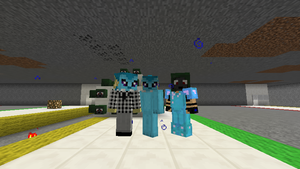 Seen here is a selfie of Diemundz, Soso123 as well as TrainPro, in front of the Frumple Box.

The selfie was taken at  SV6  EP4  Ampha Junction's Platform B on the  Embassy Pachi Line  towards Lapras Ave-Wendel Bridge  NL4  EP1 .

Note: This version of the screenshot has the F1 Heads-up Display (HUD) enabled.