Verdantium is a [Senator] ranked city located in the far north-eastern reaches of the New World. It is one of the largest cities built within the period following the server's Epsilon Expansion.

The project began in December 2016, immediately after the server's Epsilon Expansion. The main objectives are ultimately realism, aesthetics, and functionality.

Verdantium is located across multiple biome types, these being: forest, taiga, plains, extreme hills. For the most part, the surrounding terrain is relatively flat (except, of course, the hills). The city is located on the north-eastern coast of the New World, upon the tip of the far eastern mainland south of north-eastern ocean and its many islands. North Verdantium features a man-made canal (Warkworth Canal) which is spanned by four bridges - (from North to South) the Maverick Bridge, Decade Bridge, Warkworth Bridge, and Brangton Boulevard Bridge.

In August 2017, the Warkworth Canal was reconstructed by the City's Deputy Mayor, CaptainChimpy. As the new design for the canal was to fit larger ships, the Maverick Bridge, Decade and Warkworth Bridges were subsequently rebuilt.

The popularity of Verdantium is ever increasing as the city develops and grows in size.

Verdantium has a wide array of housing types available to all on a pay-the-value basis, whereupon players pay what they think the house or apartment is worth. The vast majority of these are pre-furnished to a high standard and are largely free for editing by players. Here you will find a database of all of Verdantium's residential buildings and their inhabitants. 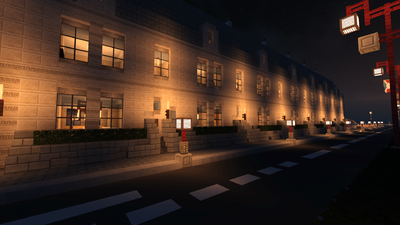 Owing to its British metropolitan theme, the city contains lots of terraced row housing constructed from traditional materials such as bricks, sandstone and granite. These houses vary in size depending on location.

The city also features some small apartment buildings, a lot of which are styled as being former industrial buildings converted for residential use. 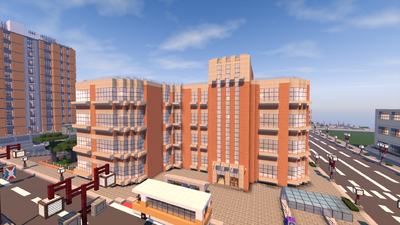 Alpertti Court is a 4 story Art Deco styled former industrial building that has been converted into a residential building, containing many luxurious apartments. 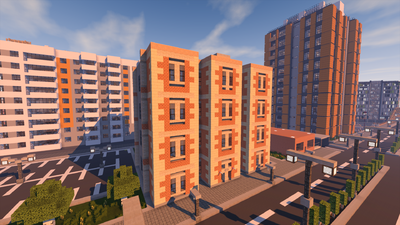 Burton House is a small Edwardian apartment building that (by design) would have been larger than it is today at some point, but a large proportion of it was demolished to make way for the construction of Hudspeth Court and Christon Court.

Verdantium has many tower blocks and high rise apartment blocks. 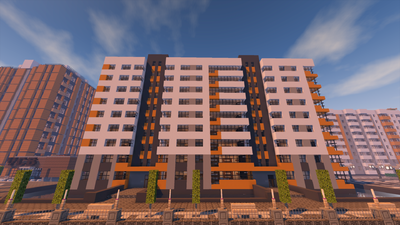 Hudspeth Court and Christon Court are two, identical 9 storey, high-end apartment buildings located on the Verdantium coastline and Warkworth Canal - with exquisite views of both. They are contemporary in design.

Ronan Point is a 1970s tower block that has been modernised and refurbished, bringing it into the 21st century. Its location, mere metres away from the coastline, provides impeccable views for the wealthy few who reside there. 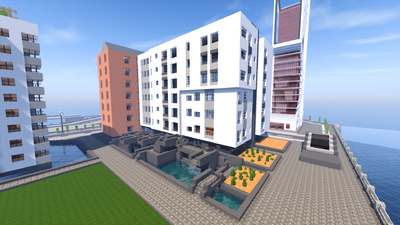 Harmony House is a medium-large apartment building, created as an extension to a pre-existing industrial building that was converted to residential use also. It is a mix of industrial and contemporary design and is situated on the Warkworth Canal.

There are plenty of shops located all over the city. The majority, however, reside within the Fenwick Square Shopping Centre. 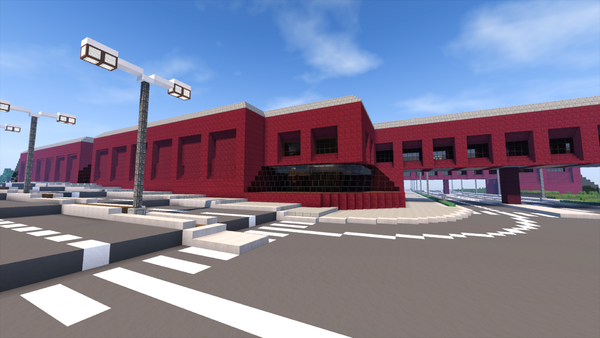 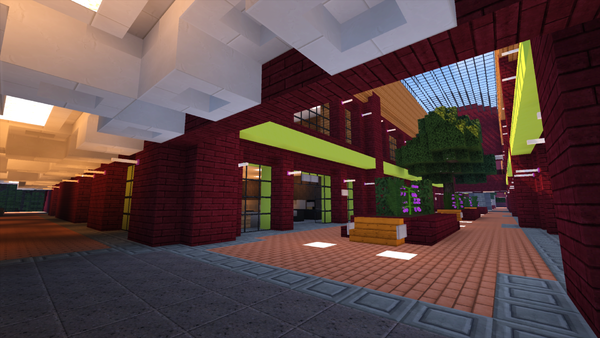 This large, sprawling, 1970s styled modernist shopping centre is home to many businesses and is the centre of entertainment and commerce for the city and all its residents. Both the building's interior (particularly the ceilings) and exterior are beautifully styled in retro 1970s fashion. The roof of the shopping centre doubles as a car parking space for shoppers. The development is loosely based on the Eldon Square Shopping Centre (pre-refurbishment).

Old Verdantium, in consistency with its overall theme of metropolitan Britain, boasts a number of shopping streets, the most prominent one being Greenwich Park Lane. Much of the buildings along the street are built in British metropolitan style. 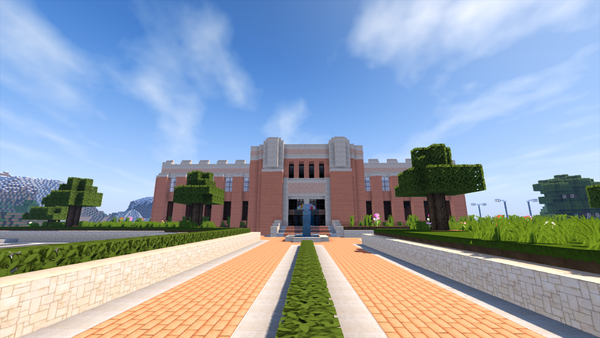 Named in honour of the late, great David Bowie, the Bowie Arena is home to the Verdantium Mavericks spleef team. The building itself is of late Victorian design and is surrounded by lots of greenery that help it blend into its surroundings. The arena boasts both a snow and slime spleef pitch.

At the moment, Verdantium doesn't have any large parks as such. Instead, there are lots of little areas of green space dotted around the city in different locations. There is, however, a small park next to the Bowie Arena, and a much larger central park is planned for the area surrounding Fenwick Square Shopping Centre. Most Verdantine roadsides are tree-lined or hedge-lined so as to bring a bit of nature back into the urban environment.

The City of Verdantium Rowing Club is a government-affiliated boating club in Old Verdantium. Since the sport of rowing is technically impossible in the limits of Minecraft, the club instead practises boating. Formed in 2018, the Club is Verdantium's only rowing club and plans to become a leader in the MRT sport of boating.

The Club itself is located in Old Verdantium at the north end of the Warkworth Canal, the owner having bought the old coastguard station from the government. At the moment rowing boats are moored both inside and outside the dock; the longest 8 man + coxwain boats are placed on outdoor pivots which are installed 3m above the waterline in a dock off the main area of the Warkworth Canal. There are 3 docking areas in this dock which have the capacity to launch 3 8+ boats and 6 4+ boats. There is also an additional dock around the corner which is able to launch 1 8+ boat / 2 4+ boats. Since the club is large, with over 150 registered members, the club also houses additional boats in the interior dock and in storage areas in the main bulk of the boathouse. The interior dock is also large enough to handle launching a maximum of 10 2-man (no coxwain) boats or 20 single man boats. As part of the boathouse, there are also offices and a gym for professional rowers.

The Club President is CaptainChimpy and the Secretary is DevvySky.

The Club is split into 2 classes, Professionals and Members. Members are amateur rowers who do the sport for fun, and membership is open to any age that is 7 or over and of any level of skill. The only rules are that members under 18 must be registered with an adult guardian due to the nature of the sport as well as the ability to swim at least 15m. Professional rowers are invited to an application session which is held every 3 months.

Open days for any member of the general public to come along and row as well as enquire about membership. There are no membership fees available since the club is subsidised by the Council, except a one-off $15 charge upon joining.

The Club, with the help of the Council, sponsor all water-based activity and projects within Verdantium. The Club is considering holding an inaugural Regatta in the King's Canal in September 2018. As Verdantium expands, we hope to be holding longer races for more elite athletes as well as shorter ones for all levels.

If, for any reason, the Mayor (currently CaptainChimpy is banned, the following will happen:

1. The Deputy Mayor (currently DevranTheBoyxD) automatically assumes Mayorship for a period of 30 days.

3. Candidates in said election may only be limited to those who currently serve in the Verdantine Sovereignty Council.

4. At the conclusion of the election, a proclamation ceremony for the new Mayor will be held. The music to be played will be Part II. Hallelujah from Handel's Messiah.