Weston is currently a small town being built with a aim to be as realistic as possible. It is the second town being developed by _crepper_. Weston can be found at the most western part of the new world.

"here's the Dynmap link if your still can't find Weston -> https://goo.gl/DoWgzy. You're welcome :)"

Weston also aims to be fully 'barrier-free'.This means that anywhere with elevation such as hilly areas, metro stations, would include slopes (slabs) or lifts. Even our buses are wheelchair accessible for the barrier-free fulfillment.

Fire safety is also an aim for Weston, where every building would have a green wool block with an [Exit] sign placed on it to mark out the places to go during an emergency. All buildings in Weston would include at least one staircase for emergency exits. In lifts, floors marked with an asterisk symbol " * " indicate the level which would lead to the main exit point of the building. With this aim, every player built building is expected to place the mandatory [Exit] sign at the exit of their building as well marking out escape routes for large scaled buildings.

The train depot is able to hold approximately 80 trains and serves trains from South Coast Line and North-South Line. Within the compound includes a service centre for trains, a main building which houses the operation control centre for the lines. It is currently not in operation yet.

Tengah View is the first of the common public housing that would be soon be seen in Weston. It is also the first high-rise buildings to be built in Weston, as well as the first buildings in the residential district: Tengah.

All transportation service in Weston are run by Weston Bus Transit and Weston Metro System. These are overlooked by the Transport Authority Council Of Weston (TACOW). 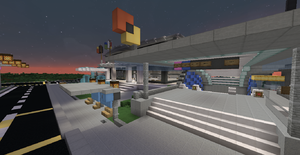 The exterior of a metro station exit

The transportation system in Weston is currently still in planning stages.


❶ ❷ South Coast Line 南港线
The South Harbour Line is the first planned metro service in Weston. It is planned to run parallel to the coast till woodlands and head northwards afterwards. The line colour for South Coast Line is  Blue . The number for the two terminus of the stations are ❶ and ❷.
Status: Planned 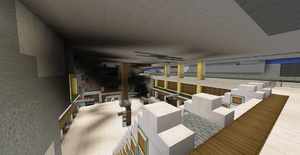 The construction of a WMR station 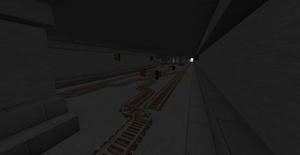 The tunnel of South Coast Line Under Construction 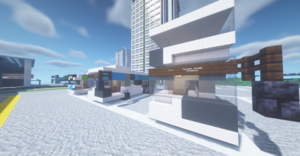