Difference between revisions of "Fred Rail"

Fred Rail is a warp train company owned by FredTheTimeLord. Originally founded in late December, Fred Rail is the second largest growing Warp Train company on the server*. Fred Rail runs both Warp Trains and Minecart systems, although the only major abundance of Fred Rail's Minecart Systems is run by the BTA of Bakersville.

Fred Rail serves various locations from Heampsted to Tranquil Forest. Each station has a sign or board identifying that it is Fred Rail. If you are still unsure, each Fred Rail train can be located by it's Lapis and Polished Andesite color scheme. Above each door is a sign that shows the terminus and the next station. Depending on the rail car, the warp sign may be located in different places.

Each train is required to stop at a station, but various stations have various distinguishing factors such as quality and size. Therefore, stations are organised by the lines connecting.

This shows a simple express station, as it serves multiple Fred Rail trains but is not a direct major transit hub for other companies.

This shows a local stop. Although AFK is a major transit hub, it does NOT serve multiple Fred Rail trains. 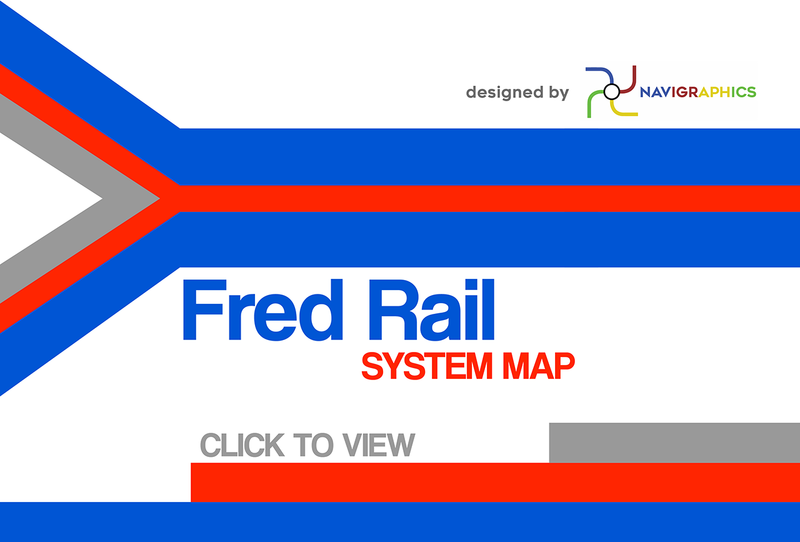 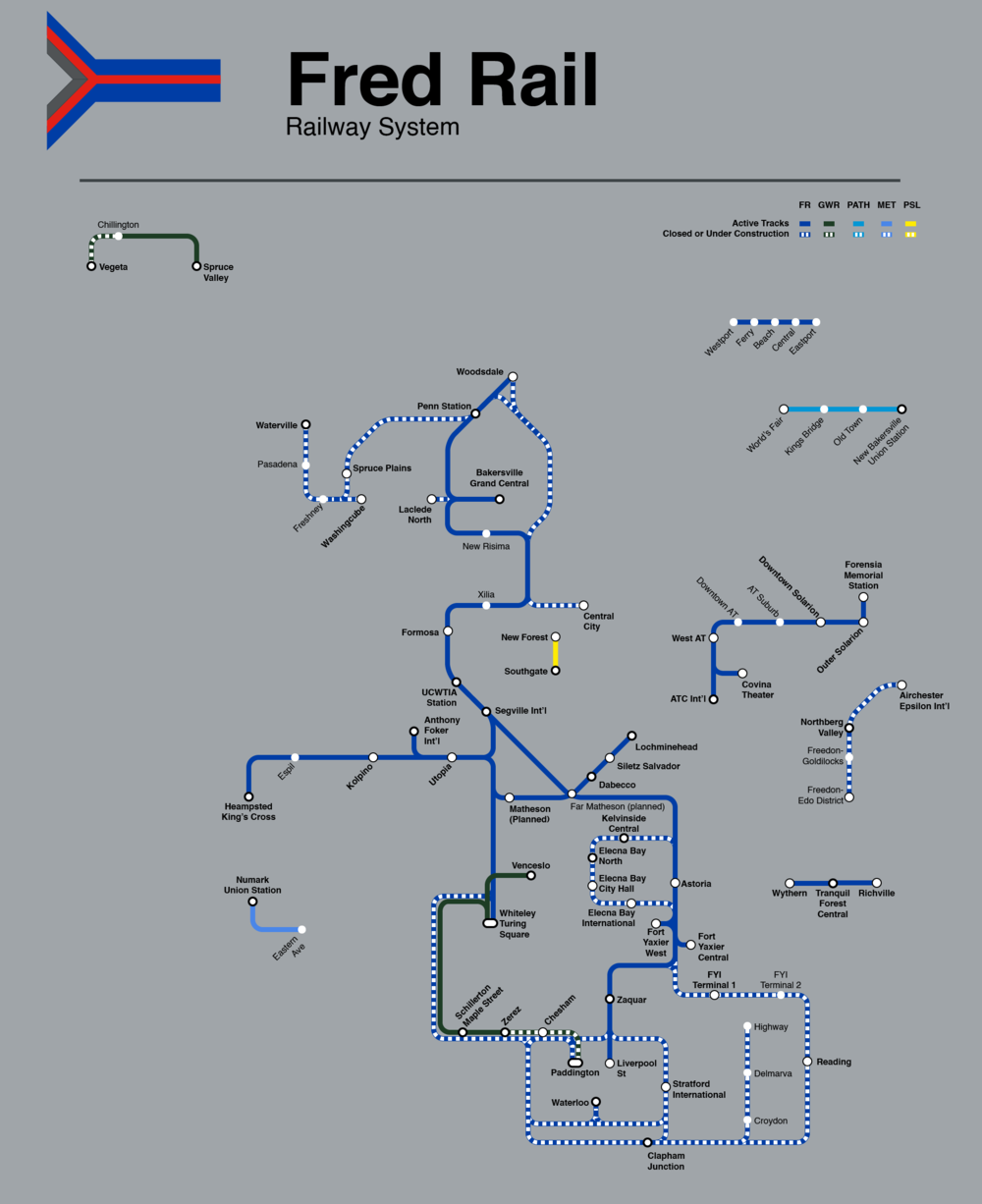 These are smaller Rail companies that Fred Rail either owns or operates.

Fred Rail shares tracks owned by other companies, as well as shares their own tracks.

Generation I, or classic Fred Rail, was the original company. It had odd looking rolling stock that mainly consisted of a lapiz lazuli and polished andesite.

The First logo made for Fred Rail, a blue and grey "f", was created by NaviGraphics and showed the original Blue Grey color scheme

In Generation III, we saw an updated color scheme with a better, more enhanced livery made of concrete. Red was also introduced as a Fred Rail color.

Generation IV had a major overhaul of Fred Rail cars and locomotives, updating their livery and redoing car interiors.