Difference between revisions of "JHR" 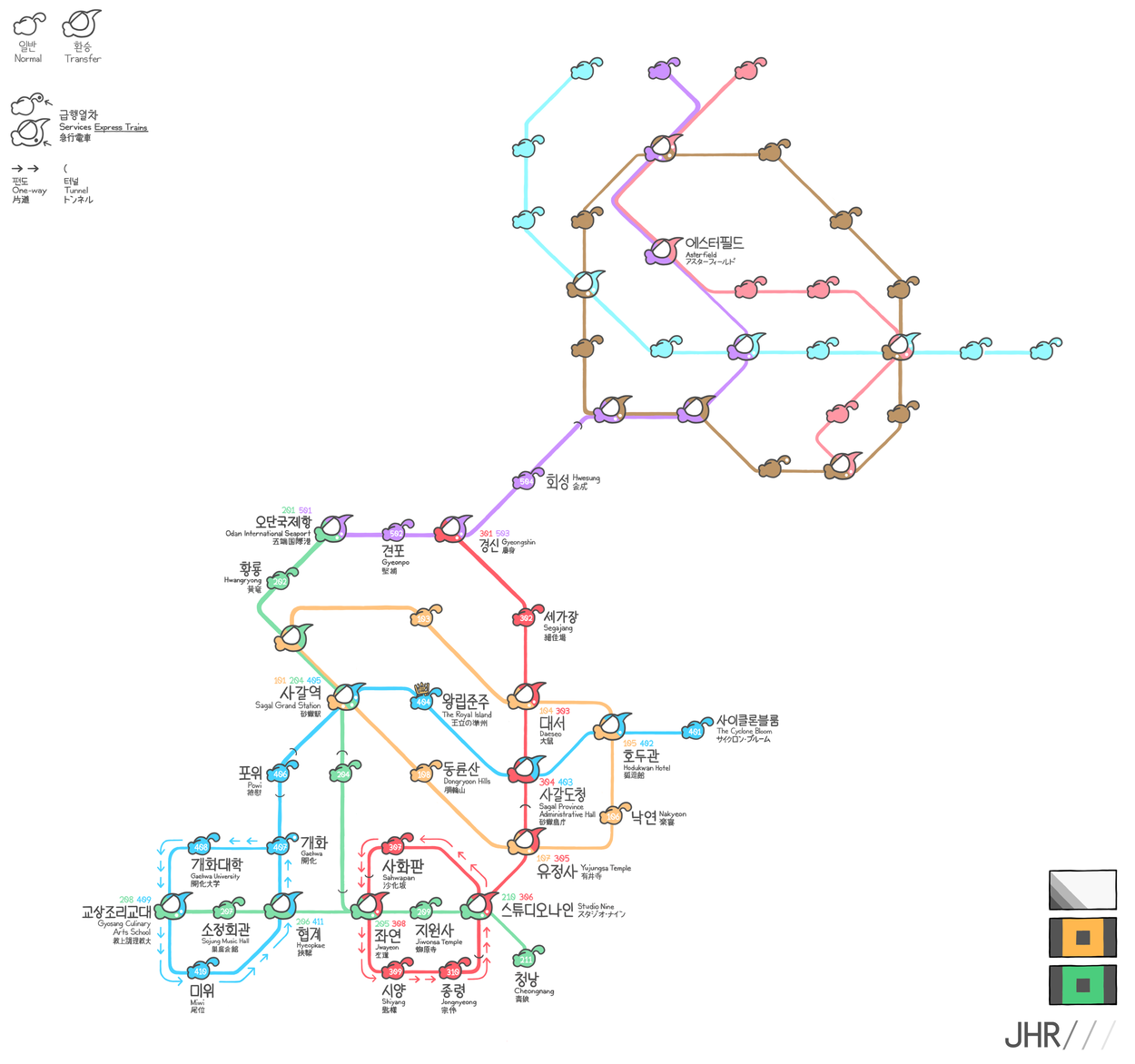 JuhwaMetro Line 1 (Orange Line) is the smallest line of the system with eight stations circling around the Canton of Dongryoon, the downtown of Sagal Province. It is also the only line in the system where it is entirely underground. As an alternative usage for bomb sheltering the whole line was constructed in extreme depth and ended up becoming one of the deepest metros in the MRT World. With all eight stations clicking in at critically high numbers of passenger traffic, JuhwaMetro Line 1 is the busiest line by average in the entire system.

JuhwaMetro Line 8 (Sky Blue) is a line serving southern Inok Province and southern Gijo Province. The line is bent in the middle and is shaped like a diagonal L-shape.