Difference between revisions of "KTA Bus" 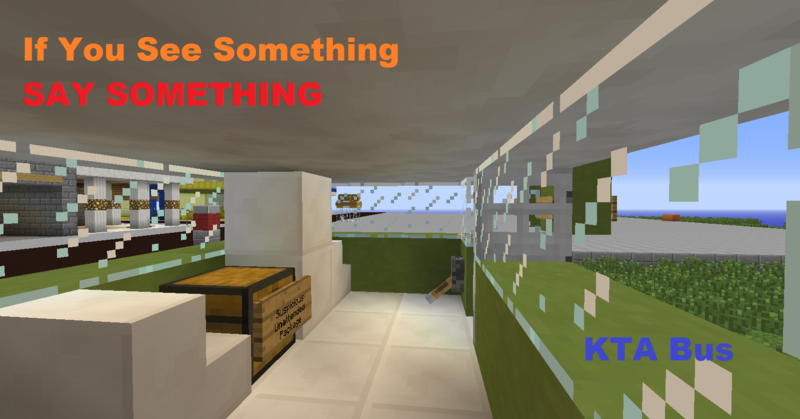 Local buses form the base of KTA Bus. KTA Bus operates local bus systems in Kitania and most Kitania territories, with a two-letter prefix to the bus route number to signify the territory it operates in (ie: KT- for Kitania, LL- for Llamapolis, etc). Local buses can be identified by a lime green stripe on the bus. Within Kitania, different local bus routes supplement the Kitania Metro, and in Llamapolis they form the only local transit in the city, it all depends on the territory. Express buses are prefixed with an X, and have a purple stripe around them. They can run between territories (such as the X3 between Kitania and Llamapolis), to important transit centers (such as the X1 to SCTC), or simply to points of interest (such as the X2 to Lincoln University in Cyra)

The KTA Bus fleet is comprised of the following bus models:

These are routes running within Kitania.

This route goes in a semicircle, terminating at areas served by the 1 and 2 metro lines, as well as stopping at a station for the A Shuttle/3 Line on the metro.

The KT3 travels on Northern Way, running from Grand Park, with connections to the 3, 8, and 9 metro lines and the KT1 and X1 buses, going to Tacolympic Memorial, connecting with the B Shuttle of the metro, and terminating at the North Transit Center, with access to the 4, 5, and 6 metro lines, the E Shuttle of the metro, and intercity transit complexes of the North Transit Center.

The KT4 MB is a KTA Metro Bus route, the KTA's bus rapid transit service. It runs within the Western Transit Center.

This is a direct route connecting the X4 bus and Jerry Blvd - WTC metro station to the airport.

The KT7 solves the problem of an indirect metro connection between the West Transit Center and Westside. In Westside it loops around via Bryce Blvd, Westside Road, Suppoe Way, and Jerry Bieber Ave.

The LL2 connects the newly expanding area of Llamapolis along Main Street.

The NP2 runs from Nippia Central into downtown via Minajjj Lane, a dedicated busway, and terminates with the NP3 at Unity Towers.

The NP3 connects the Zephyr Exchange to downtown Nippia, running with the NP2 via Minajjj Lane and terminating at Unity Towers.

The NP4 will be a link from south of downtown to Riverlake. It uses buses to be purchased from the Magepond Bus Corporation, rather than IntraBus Fleet Division.

The NP5 runs from the CUANT Tower up Starway to Starlight Square.

The NP6 MB is the second KTA Metro Bus route following the KT4 MB in Kitania. The route starts at Starlight Square, stopping at Nippia North and continuing on the bus lanes of Airside Boulevard to Nippia-Liten International Airport.

The NP7 runs from Starlight Square up Prideway to Nexwood alongside the NP14.

The NP8 runs from the CUANT Tower nonstop to the Unity Towers.

The NP9 runs nonstop between Carl Square and Key Seaport.

The NP10 runs from ZN21 east along Paradise Boulevard to Paradise Strip.

The NP11 runs from ZN21 up Northern Boulevard to the North Estate.

The NP12 runs along Red Light Way to Paradise Strip.

The NP13 runs from ZN20 to Nippia-Liten International Airport via Llama Avenue and Airside Boulevard.

The NP13 SC is a school service route from the Catnip Campus.

The NP14 runs from Oak Enclave up Prideway to Nexwood with the NP7.

The NP15 services between Key Seaport and Nippia-Liten International Airport.

These routes run between Kitania territories or to nearby cities.

This route connects Kitania to Spawn City to provide an easy way to get to the city.

This route connects Kitania to Lincoln University in Cyra to promote education in Kitania.

This route connects Kitania to its territory Llamapolis. It runs with local service within Llamapolis, paralleling the LL1.

This is the first route to have all stops in Kitania, but due to the structure and nature of the route, it remains an express bus. It connects downtown Kitania with the West Transit Center.

This route is a one way route from Kitania City Hall to the West Transit Center.

The X6 connects Nippia to its nearby neighbor of Liten via the Zephyr Exchange Bypass.