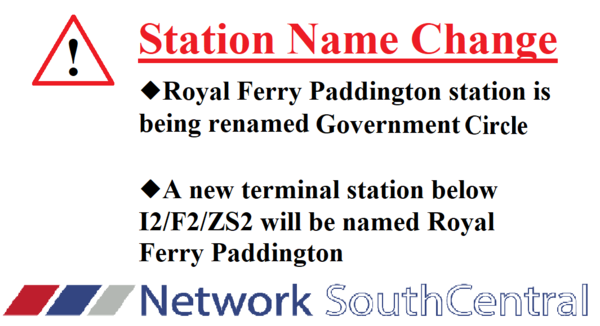 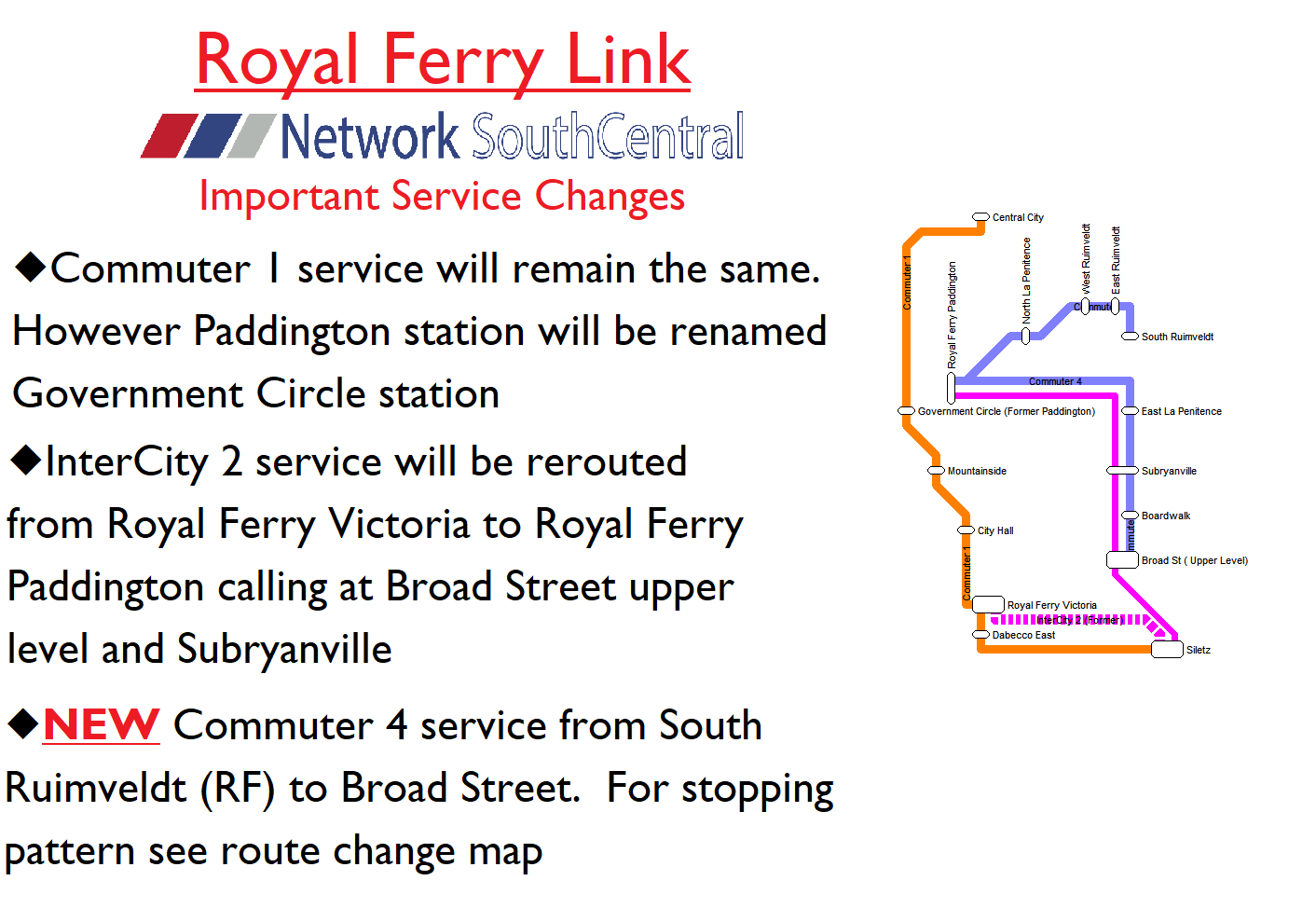 Network South Central is a company responsible for commuter rail and bus operations to and from the Greater Royal Ferry Area. Since the main operational goal is to provide service to areas surrounding Royal Ferry, as such all services stop at Royal Ferry Victoria either as a terminus or through point 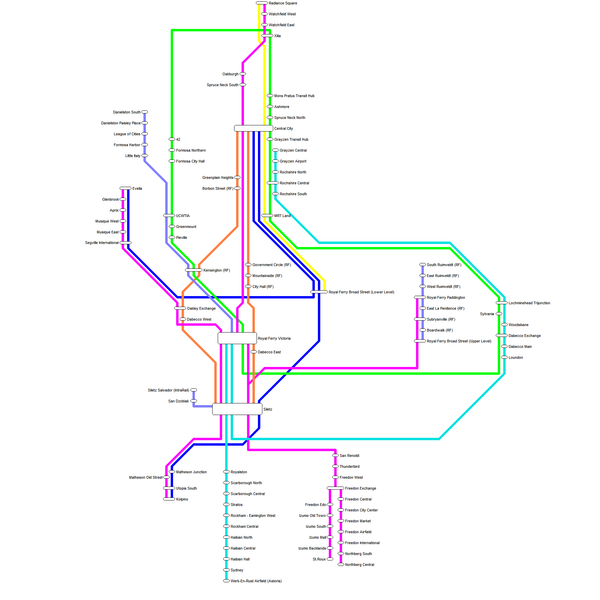