New Genisys is a small city very near the world border in the rural 5th ward. The town is known for its distinctive architecture, including a colorful road system. The town is currently senator. Some attractions include the New Genisys River, the Genesis Military Training Center, and the Genesis Skytower. It uses concrete powder terraforming and the usage of a different block for each road which helps the colors stand out.

The City was founded after LightingMC was double warned for griefing Venceslo. He decided that he wanted a change from his old town, Genesis. He found a spot near the southern worldboarder, and began building. The city developed rapidly, going from unranked to senator in only a few months. Some had a grievance with the unusual road coloring, a tribute to his old town, but many got past that fact in promoting the city. It only took 2 attempts to get Senator due to its first attempt being rejected due to a low build count. New Genisys is looking towards a bright future as a hub of the southern New World. The city was also made to help promote CES. 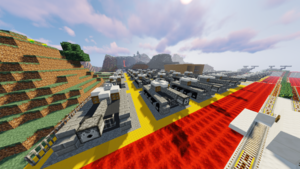 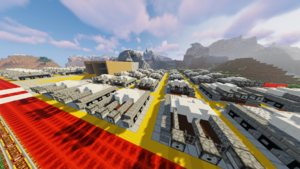 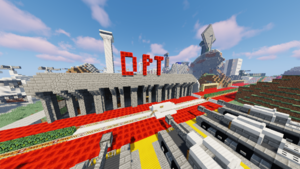 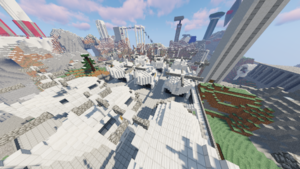 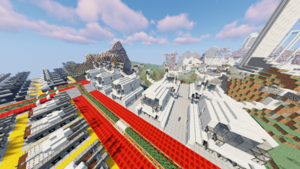