NOTE: You can choose which type you like as long as its a building. If its in a mall space then the store will usually determined by size. 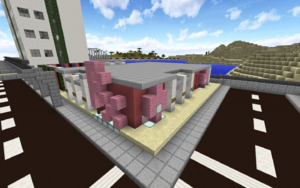 In the Potion Store, we mostly sell Different types of Potions that will benefit your body in a certain way. In a swift store, there are limited types of Potions and will probably not include the entire set of Potions, we will just give out Potions that are more than less Beneficial in a Productive Way, Customer service is very fast here as there are 2 cashiers instead of 1, helping you to get a Potion on the go wherever you are. In a Pharmacy Store, there are more than less a wide Variety of Potions arranged in a way that looks more of a Supermarket, it is a lot bigger than a express store and carries more capacity, there is also a Medicine and a Pharmacy Counter in the Pharmacy Store, which will be the Cashier for all your medication items and will give you Recommendations for different types of Medication, However these two counters are limited to buying Potions and buying Medicine, which may lead to a queue when lining up for the Cashier. The Pharmacy Store usually gives a Bright atmosphere for you to take your time and is shaped like a large Grocery Store, while the Swift store is just shaped like a Generic Swiftness Potion.

NOTE: This list only shows RECORDED Branches of the Potion Store/Bottle Inc. There may be more stores built by me that have not been recorded.