Radiance Square is a governor city located on the east of Lake Capricorn. With a coastline good for rowing and facilities in place, in construction, or ready to be built, the city would have been excellent place to host the 2018 Olympics

Bordering major cities like Whitechapel and Kenthurst, the city is accessible by practically any plane, train, and has an extensive bus line by autobus22. Radiance Square International Airport has numerous destinations that make accessing the city by air easy. Finally, the A8 highway allows for the city to be accessible by road. The city is connected to the rest of the MRT and that should be considered when deciding who should the host the Olympics. 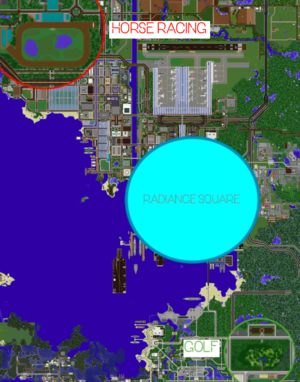 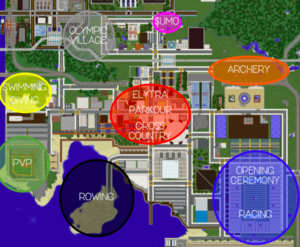 The 2018 Olympics, if chosen to be in Radiance Square, would have been operated in 9 different venues and would have had an Olympic village:

The Olympic village would have been a set of condos located in the Northwest of the city. Construction would have begun shortly after being awarded the Olympics.