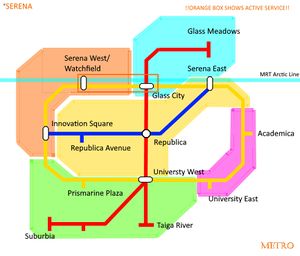 The Serena SLT Metro System is under construction. As of the 4 of february 2020, Service is limited between stations Y -Serena West/Watchfield- Y and Y -Glass City- Y on the yellow line. 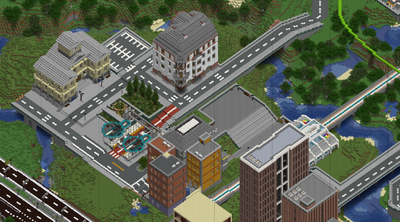