Southburg is a town located along the extension of the Valley/Island lines. It is one of the largest towns in the region.

In 1802, the Portuguese Kingdom discovered the land and started a battle with UK over its ownership. The Battle of Yaxier (Batalha de Íacsera in Portuguese). Portugal won.

In 1907, Brazil bought Southburg for U$8.000.570 because Portugal no longer wanted it. Brazil saw a big opportunity for tourism so renamed the town (Nova Íacsera) to Burgo do Sul (South Burg), and the town expanded 17km east.

sTrans already have 1 Bus line and 1 Line of Subway. Check it out: 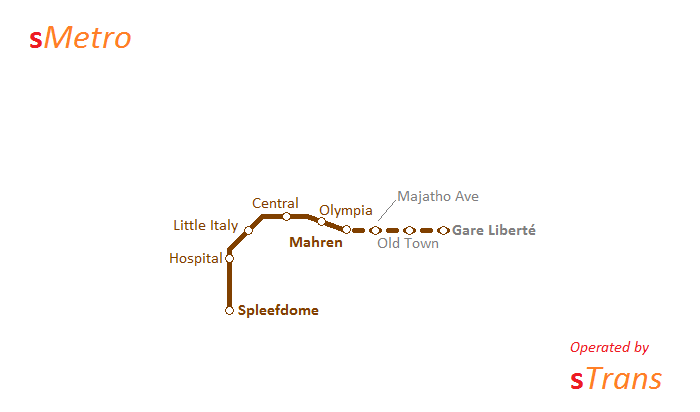