Difference between revisions of "The Pearl Tribune"

The Pearl Tribune is a news organization on the MRT dedicated to giving people the most trusted and up-to-date news.
It is available as the Pearl News Network (PNN) on channel 10 and channel 110 in HD on Stripe Telecom. 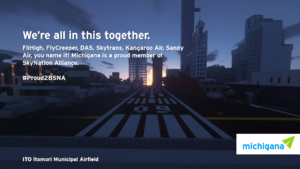 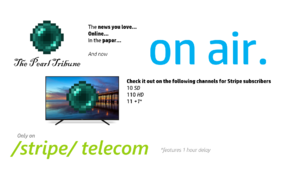 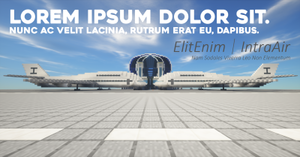 If you want to advertise, simply contact mi_aquamarine in-game. The fee is $5. 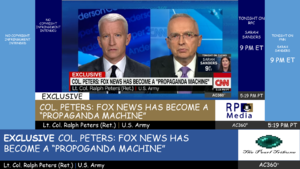 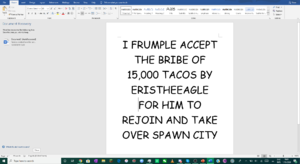 by mi_aquamarine
January 18, 2020
GSMTown This morning, banned guest ErisTheEagle rejoined the server and took over Spawn City. As the admods relocated to GSMTown, some news about the attack surfaced as a document was discovered inside Frumple's office in the admod building in now-captured Spawn City. The document, which is a bribe agreement between Frumple and ErisTheEagle confirms that a bribe was made of 15,000 tacos to be delivered to a secret hideout in Foresne. After an un-un-unconstitutional search and seizure through the city of Foresne, a secret vault full of tacos was discovered at the Mai Dang Lao location in the Flying Tree Square. The shopkeeper gave a very informational response to our interview, ”你好吗？“ Frumple was apprehended by police attempting to escape through IntraRail at GSMTown's non-existent IntraRail station. Frumple is currently being held with a $100 trillion Zimbabwe dollars bail payable to Frumple. This is a developing story.

by mi_aquamarine
January 17, 2020
Kevtropolis Everyone knows the achievements, the notorious "Achievement Get" stuff that clutters everyone's user pages. But did you know there's some new achievements on the block? Some cool new achievements such as, "Delete a file in Wiki," "It's your mouth," and "The test subject is integrated into the Beta Minecraft server" are taking the server by storm. These achievements were generated by Google Translate, and we hope you enjoy them as much as we do!
{{ach | Call | Template:Write

{{ach | Communication is not allowed | }

POLL: Have you been to your house before? 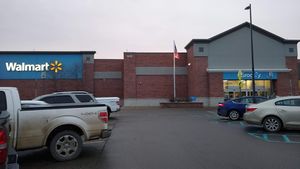 A location of American hypermarket chain Wo Er Ma. A scientific research conducted by very smart and high IQ researchers confirms that a lot of people go here before going home.

[ REDACTED ] Today, we will be running a poll. The Pearl Tribune would like to know: Have you been to your house before? It's where you go the cool down, eat, and sleep. It's probably also where you join the MRT every day. Cast your vote! Edit the section below and increase the answer count by one.
Yes 0
No 0
Unsure 5

MRT Obesity on the Rise 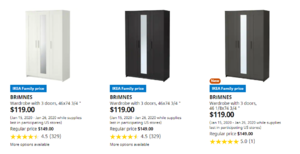 [ REDACTED ] MRT Obesity is on the rise, according to some latest observations from mi_aquamarine. As mentioned in 2019 by the Pearl Tribune, Frumple was going on a strict taco-free diet. In a statement from his doctor who wished to stay anonymous, the taco-free diet should be obeyed by all of the community to combat the rising rates of obesity. "When I stand up, my belly is fatter than a closet from IKEA," said someone a few months ago. The upcoming Channel 6 series My Teen Animated Story That Actually Happened will document the rise in obesity. The program describes itself as: (Quoted from Channel 6 wiki page) My teen animated story that actually happened is a digital platform that gives people the chance to have their personal stories turned into animations and shared around the world, with only the most relatable and truthful stories with the best production quality. The premiere date is unknown.

by mi_aquamarine
March 27, 2019
Sunshine Coast Gryffin mayor Foxwolf11, a known traitor of the Kaktus Republic has been summoned multiple times by the governments of Kevtropolis and Euphorial, TV Osaka reports. He was taken to a dark chamber under the Sunshine Coast embassy in Kevtropolis, as punishemnt for bullying the leader of the Kaktus Republic, Cact0. He was later summoned by the Kevtropolis government for greifing the Sunshine Coast embassy to escape. Kevtroopolis government still wonders why he couldn't just use the door. The court meeting was held in Sunshine Coast, where foxwolf refused to show up on charges of griefing and treason. He was summoned again by the Euphorial government for griefing the jail cell he was sentenced to. Gryffin state media reports that Cact0 was bullying foxwolf11, but Cact0 was bullied by being called a bully, reports TV Osaka. On an unrelated note, the Republic of Kevtropolis may or may not be annexed by the Kaktus Republic, and TV Osaka isn't biased by the KR government. Seriously, trust us.

Nick Jr executed by Barney after being convicted of death threats. 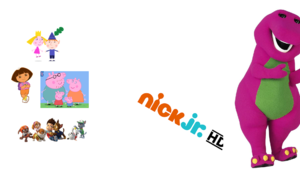 An accurate artist's rendition shows Nick Jr being prepared to get crushed by Barney (right) while the jury (left) looks on.

San Juan Nick Jr was executed by Barney for death threats this evening, after London150 said that Nick Jr will kill Cact0 after he was signing The Backyardigans. Nick Jr was later summoned by the Kevtropolis State Court, after he was found guilty of all charges. He was crushed to death by Barney's butt while the jury looked on.

by mi_aquamarine
March 3, 2019
Nymphalia After the new helipad rules were announced at the rules revamp in February, many players started helicopter airlines, like mylesHeli of SoaPuffball, which is a member of SkyNation Alliance. However, the former owner of FreeAir predicted a dark fate for Soa's airline. Through the SNA discord, he predicted that mylesHeli would "be absorbed into another airline and thrive," like FreeAir became part of Skytrans. We have yet to know if this will happen, since most new heli airines will not be active until the new rules come into effect. 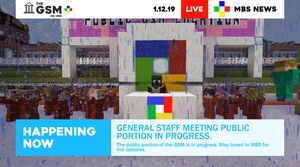 A screenshot from the GSM broadcast on MBS, showing the devastating storm.

Fort Yaxier During the January 2019 GSM today, the residents of Fort Yaxier met an unexpected surprise to ring in the New Year. During the public portion of the GSM, a huge storm with a mix of rain, snow, and lightning devastated the city. Local resident Jaek Paul (22) gave us this testimony: “It was frightening. I heard the snow piling up on my roof, and I was sure it would cave in. I first started getting text messages from the MRT Weather Service about the impending storm, and I wasn’t too worried. But soon, I watched in horror on MBS when the skies turned grey, and the storm was about.” His brother, Loagan Paul (23), went outside and vlogged about the storm. He was never seen or hear from again. 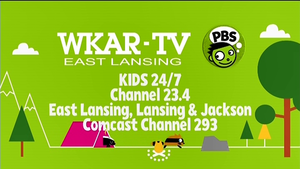 A screenshot from the WKAR ident in question, captured from one of mi_aquamarine's recordings. It is not confirmed whether the raccoon is Cortesi or not.

Airchester As many may know, Cortesi is a furry. Player mi_aquamarine has a large archive of TV recordings off his local PBS member WKAR-TV of East Lansing, Michigan. He was looking through the recordings, and found something odd. There was an ident aired during children's programming on the DT4 subchannel and it seemed to contain a raccoon. It was trying to steal food from a tent, but it was scared by a skunk. He immediately reported it to the local police, as it could potentially be cortesi. Later, police gained a search warrant for the campus of Michigan State University, the licensee of WKAR. They found a raccoon in the Communication Arts and Sciences building, which is the location of WKAR studios. He was using a pirated version of Adobe Illustrator 1 to make graphics for members of the Stanley Air Alliance. The raccoon was later taken in for investigation. This is a developing story.

Central City Players on school-provided internet have been reporting frequent internet crashes to the Pearl Tribune, but it could've been a lot worse. Secret security footage has been released of an unidentified person breaking into Microsoft headquarters. Police later apprehended the suspect, who was carrying a USB drive with a pirated version of Windows Task Manager. He was never identified. A possible theory was that he would go to college internet servers, which are reportedly run on Microsoft Surface RTs and install Task Manager to kill the connection. The suspect claimed it was a "prank for the MRT"

Birchwood AstroCorp CEO Conric005 is still missing after a weeks-long search for him. An unidentified person reportedly held Conric hostage. Conric threw bottles of Thicc Juice at the suspect, known as “Ычасв.” Since then, various imposters have been spotted, one injuring a tourist in Sunshine Coast. Parents have been complaining to local KBS KIDS affiliates for repeated AMBER alert EAS messages that have been causing children temporary hearing loss while watching Cyberchase and Arthur. To learn more, visit www.saveconric.org and a tip hotline has been opened, which is 1-800-ITWASME and somebody totally not the police will kindly take your answer.