The Whiteley 2018 Summer Olympic Bid was a failed bid to host the 2018 Summer Olympics. The Olympics would have been planned to take place in Whiteley and Schillerton, with most events occurring in a new village in the underdeveloped south of the city. 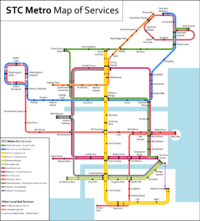 Whiteley is well connected to the rest of the MRT, with two nearby airports. The A51 provides a direct link to Central City, Schillerton, and Venceslo. The city has transit hubs at Turing Square, and Whiteley Aerodrome, with Hinkley Port immediately adjacent to the Olympic Village.

Local transportation is primarily the STC Metro network, integrated into the most cities in the region. This 72 station network will ensure travel to the games is as convenient as can be. The existing Olympia Station will be upgraded to have step-free access and a higher capacity, as well as more exits to get between the games. 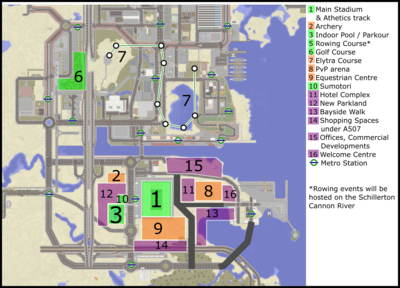 Most venues will be concentrated in a new village, constructed around the existing stadium. This village is adjacent to the Hinkley Port, which will be revamped to be more passenger-friendly than it is at current.

Several hotels will be constructed in the east of this village, and new Commercial and Residential development will surround the park. A new bay-side walk and welcome centre will greet visitors from the port. The west of the village will be parkland with access from the A51 highway.

Transit to other venues will be via specially set-up bus lines connecting the venues where possible.