MBS is a broadcasting corporation jointly owned by Feline Holdings (through The Roy Disney Company) and private owner cal76. Its headquarters and main studios are at the MBS Broadcasting House in Central City, with additional studios at the MBS Waverly Media Center.

MBS is a two-way joint venture owned by The Roy Disney Company (a subsidiary of Feline Holdings) and cal76 as a private owner.

The company is led by CEOs KittyCat11231 (from Feline Holdings) and cal76 (independent owner).

The company was initially founded in 2015 by original CEOs Skelezomperman and KittyCat11231. A couple months into the company's history, Skelezomperman sold his share in MBS to cal76, resulting in a joint partnership between KittyCat11231 and cal76. CortesiRaccoon was later added as an employee, and ultimately became a co-CEO with a third share in the company, resulting in a three-way joint venture.

If you wish to be an employee of MBS, speak to KittyCat11231. When specific positions are available for hire, they will be advertised in Discord. 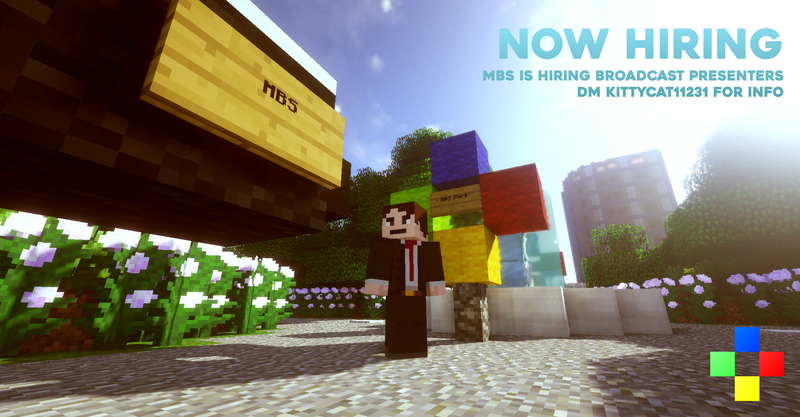 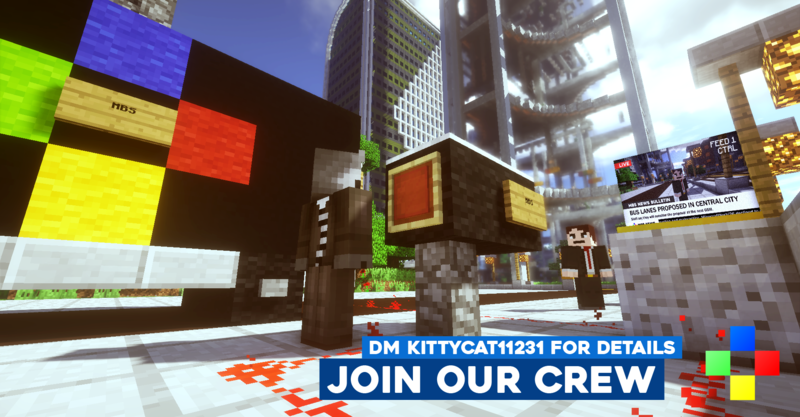 Most MBS broadcasts are ad supported. If you or your company wish to air advertising on MBS, speak with KittyCat11231. 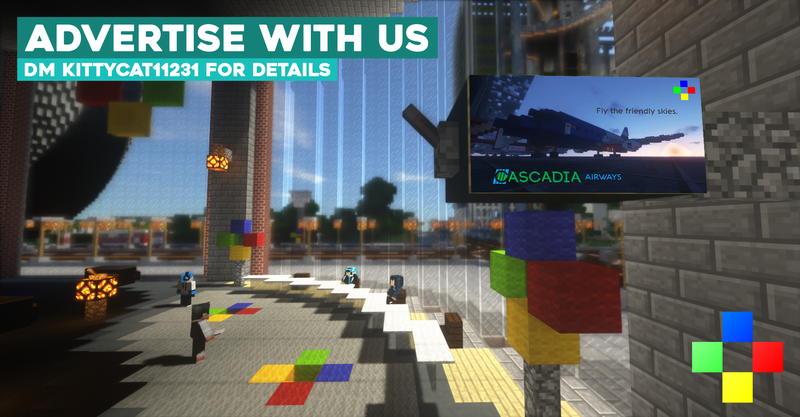 By advertising on MBS, you agree to the following terms and conditions:

The MBS Broadcasting House is the headquarters of MBS, located in Central City. It replaced the previous headquarters, MBS Center, which had been built in 2015.

The complex has 11 floors with several broadcast studios.

The following programs are broadcast by MBS.

MBS News Bulletins are the flagship news broadcasts of MBS News. Usually taped in Studio 3A, these bulletins cover all the latest news from MBS News and sometimes include special features such as interviews.

Inside UC is a show focused on the news and affairs of the United Cities, taped in Studio 4C.

MBS News Briefs are short segments which air at the end of the commercial break during non-bulletin news programming as well as non-news programming. The briefs are summaries of the top stories MBS News is covering, and are usually taped in Studio 3A.

MBS News is the journalistic wing of MBS, responsible for news coverage pertaining to the MRT. MBS News produces news broadcasts for MBS on YouTube, and also provides news on its own wiki page and Twitter account.

MBS Sports & Games covers sporting events, such as the TacoBurritoAThon, and game shows, such as The Amazing Race, for MBS.

MBS Events covers community events for MBS that take place on the MRT, such as the Eagle Awards.

MBS Television Distribution is responsible for broadcasting independently produced programming for which MBS has the distribution rights. 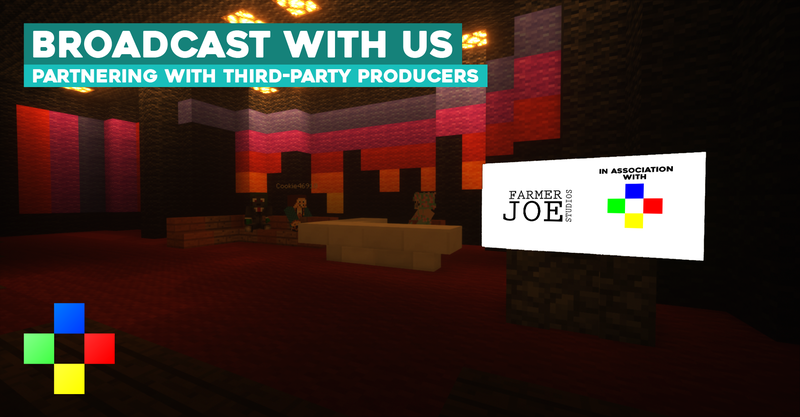 For programs co-produced between MBS and a third party, ad revenue will be split evenly between the third party producer and MBS.

Third party producers will be entitled to air their own advertisements on their broadcasts at no cost.