Cephyl is a district of Espil.

It is located in the north of the city, facing Pixl.

The area was first obtained by Espil after the auction of the old town of Rae to EspiDev.

Cephyl contains several districts and neo-futurist urban areas, however, they are still being constructed.

There is 1 MRT station in the area ( C82 ), as well as Esti Mi and qTrain connections terminating at Rae Center and Rae South Terminal. 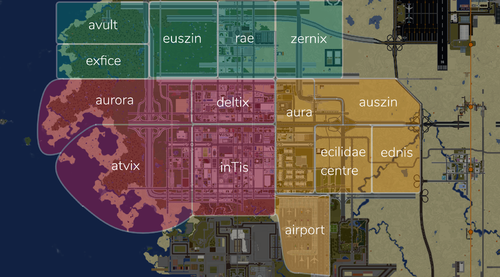 Cephyl is shown in cyan. 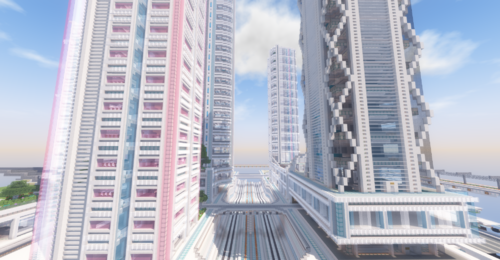 There are 5 sub-districts in Cephyl.

This sub district is directly north of Deltix, Eisli, and south of Pixl. It contains the vibrant RaeCo city centre, as well as a variety of corporate opportunities. Many businesses have research and development branches in the area (ex. GenesisTrust) due to the tech ecosystem that exists. As a result, many smaller startups have also formed in a cluster in the northeast, where there are abundant, cheap office spaces available. This sub district also has Rae Centre, which is one of the largest transit hubs in Cephyl. It contains the MRT station of C82, as well as metro and qTrain connections.