Pixl (founded on April 3rd, 2016), is a large city located at C83 on the MRT Circle Line. Pixl is known for its unique modern building style, road & transit systems, and is also a cultural centre of the Estify Region. Pixl is also notable for its prominent global development projects, which provides funding and builds across the entire MRT. 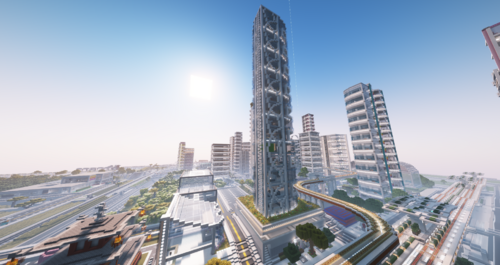 The Pixl Town Hall, the main hub of operations for the Government of Pixl 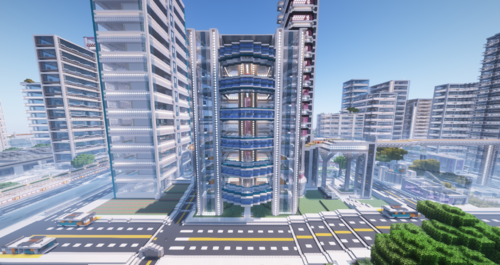 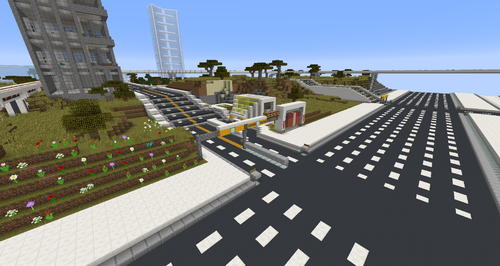 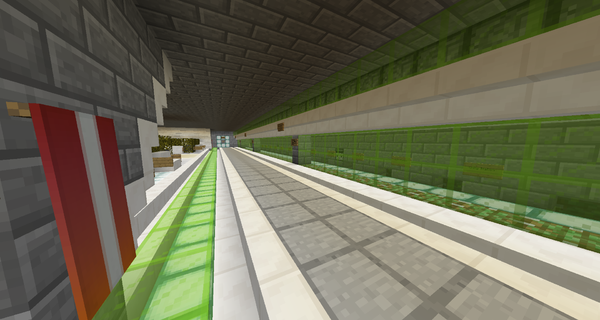 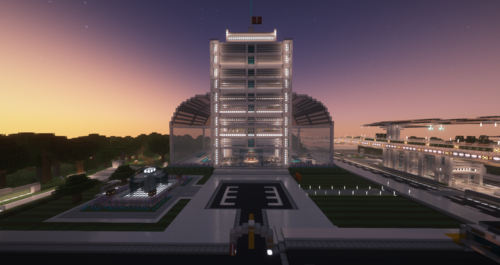 Pixl's Parliament Building, home to the Pixl House of Commons and Senate 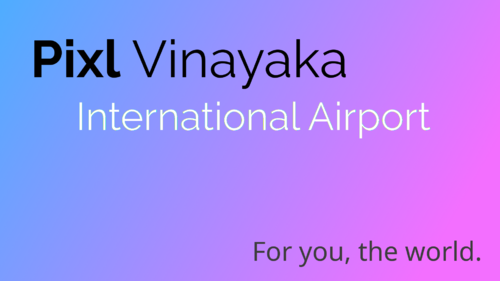 Transit in Pixl is owned and operated by transportPixl. It currently operates the Downtown Pixl Express Train Service from C83 in the Pixl-Cliotis Region to Downtown Pixl, various bus services, and NextTrain
Pixl is also served by the Esti Mi Metro Network, where services in Pixl will be operated by Transport Pixl. Pixl is served by RaiLinQ, BluRail, IntraRail and PMWC.

Pixl Hub was announced by Transport Pixl on January 25, 2019. Construction then began shortly after. Pixl Hub is designed as a large, open and walk-able space. It is located in the block situated between Hwy-100, Redstone Rd, Hwy-404, and Hwy-110. 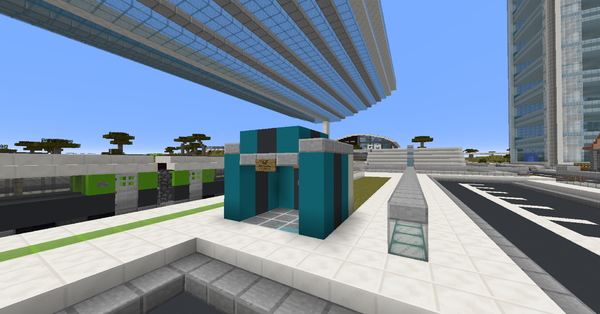 Transport Pixl is also responsible for Pixl's highway network, consisting of large controlled access freeways, and smaller regional highways (which differ from normal roads in Pixl in that they are maintained by Transport Pixl instead of the municipality, and that they are designed with higher top speeds in mind). Pixl's controlled access freeways, are numbered under the 400-series name. Even numbers (400) are north/south routes, and odd are east/west. 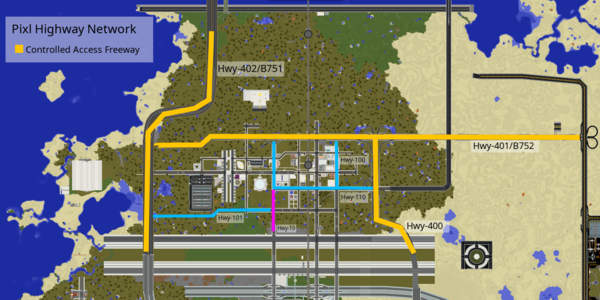 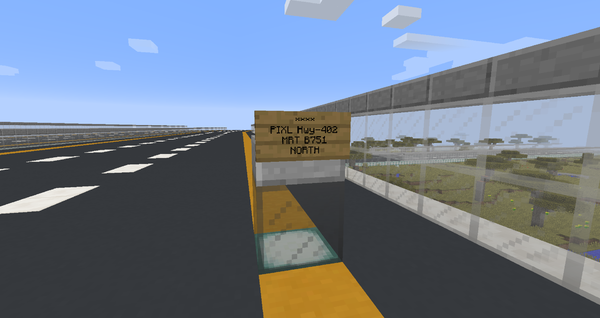 Pixl Highway 400 (part of the B753 Highway)is a north/south highway in Pixl's east end. It begins at the Pixl-Espil border to the south continuing as B753, interchanges with Hwy-401/B752, then A76, and finally ends at the canal south of Xandar-Vekta border, where the highway continues north as B753.
At its southern terminus, Hwy-400 continues as B753 into Espil, where it interchanges with B750 and B751 (connecting to Espil Ecilidae Airport), and finally terminates at Waverly. At its northern terminus, Hwy-400 continues as B753 in Xandar, however it is no longer a controlled-access highway. B753 terminates at Illrea-7.

Pixl Highway 401 (concurrently as B752) is a east/west highway, and is Pixl's oldest and longest highway (not including B-class highways running into other cities). It terminates to the east at A76, and to the west at Hwy-402/B71. A large section of Hwy-401 (between the Cliotis Region and Downtown Pixl) was built before modern Pixl highway standards, and as such this section has a speed limit of 90 km/h, instead of the standard 100 km/h of the 400-class highways in Pixl.

Pixl Highway 402 (part of the B751 Highway) is a north/south highway towards Pixl's west end. It begins at the Pixl-Espil border to the south, continuing as B751, and continues north to Xandar as B751.
Outside of Pixl B751 continues south into Espil, where it interchanges with B750, then turns east, runs through EEA, interchanges with B753 (which is Hwy-400 in Pixl), and terminates at A76. Hwy-402/B751 also continues north of Pixl, where it enters Xandar, then terminates at A78.

Pixl is serviced by EstiNet's Esti Mi subway network, operated by Transport Pixl. The first line to be extended is Line 6 Avenue. This will be followed by Line 1 Genesis, Line 5 Lizi, and Line 13 Enili (which will lay entirely within Pixl).

The Esti Mi network will supplement Pixl's existing transit systems, including the EDTS and Pixl Rail.

On July 31, 2018, Transport Pixl announced the immediate construction of Terminal 1 of the Pixl Vinayaka International Airport. It is a senator airfield located on the west end of Pixl.

Pixl has a Spleef Club, the Estify SC. Pixl is also home to the Pixl Spleef Arena. A golf course is also planned to be built in Pixl.

The Government of Pixl runs the Pixl Broadcasting Corporation. The PBC is a crown corporation that runs various TV and Radio Channels, both locally in Pixl and to other regions of the MRT.
Pixl is a communications hub, with state of the art telecommunications infrastructure.

The department of Global Affairs works to expand Pixl's global presence, and facilities the growth and expansion of cities across the MRT.
Global Affairs Pixl (GAP) has its main headquarters in Central City. This is due to its ease of access and neutral location. GAP also has an office building in Downtown Pixl, and offices in the Pixl Global Outreach Centre.
Pixl is a part of the Southwestern Allied Territories, and is in the Estify Region.

The Pixl Border Services Agency (PBSA) is the government agency responsible for border enforcement, immigration enforcement, and customs services. As the national security threat to Pixl is quite low, the Government of Pixl and PBSA opts to keep a fairly relaxed border security policy. Nevertheless, Pixl still has extensive border security, customs, and immigration infrastructure.

As of early 2019, the Pixl Border Services Agency changed its tactics regarding border security. All traditional border crossings (Road and Rail) have been retired in favour of new security strategies.

Towards the South of Pixl is the border of Pixl and the City of Espil (specifically, at the mid-point of Estify Rd.). The Pixlate region is home to Pixl's busiest land border crossing, the Genesis Avenue crossing, operated by the Pixl Border Services Agency.

This region, towards the west, is the Downtown Core of Pixl (centered on Pixl Rd). It is administrative and economic centre of Pixl, home to many corporate offices, government buildings, and the Pixl City Hall.

Dorval is located on Pixl's east end. Compared to other regions of Pixl, Dorval is quite unique, as it is the francophone centre of Pixl. As such, it has many differences to the rest of Pixl, for example, the prominent bilingual signage, French road names, etc.

Dorval is also home to the University of Estify, the first post-secondary educational institution in the Estify Region.

Initially founded only a couple days after Seshpenguin's unbanning from the server, Pixl itself has a rich history behind it. Beneath the Pixl-Cliotis region, there are artifacts from the beginning of Gamma from the previous city, which has since been demolished. Pixl, as we know it today, was initially founded about 2 years ago as Avult, owned by Nano69. Later, Applearon, took over and renamed the city Kloyne. After, the city was renamed to Cliotis, owned by Cliotey. Finally, Seshpenguin took over the city. It was initially named "Scyfil", a recommendation by EspiDev, but Seshpenguin later decided to name the city Pixl.
To this day, Pixl continues to expand, and is at the forefront of standards for a modern city.