MRT Land is a community build theme park which was built as part of the server's fifth anniversary celebrations. The official event took place from July 22, 2017 to August 5, 2017; however, work on the park is ongoing. The theme park and build event was organised by thomasfyfe and officially endorsed by the MRT Server. The goal of the community build project was to be a large theme park with roller coasters and other amusements, located just East of Central City. During the first two weeks a large number of rides were creating ranging from roller coasters, static decorative rides and redstone powered mini-games. Building work is ongoing at the theme park to complete existing rides, terraform the terrain and possibly introduce a monorail system. In May of 2019, JTrain77 took over the park as the new caretaker due to inactivity, who began the 2019 MRT Land improvement project.

Please note: your may build may be relocated within the park for space purposes. Any major modifications will require your approval but minor modifications may be made by event organisers (e.g. adding signage, standardizing paths). Incomplete builds may be removed or completed by another member if left incomplete for over 2 weeks. 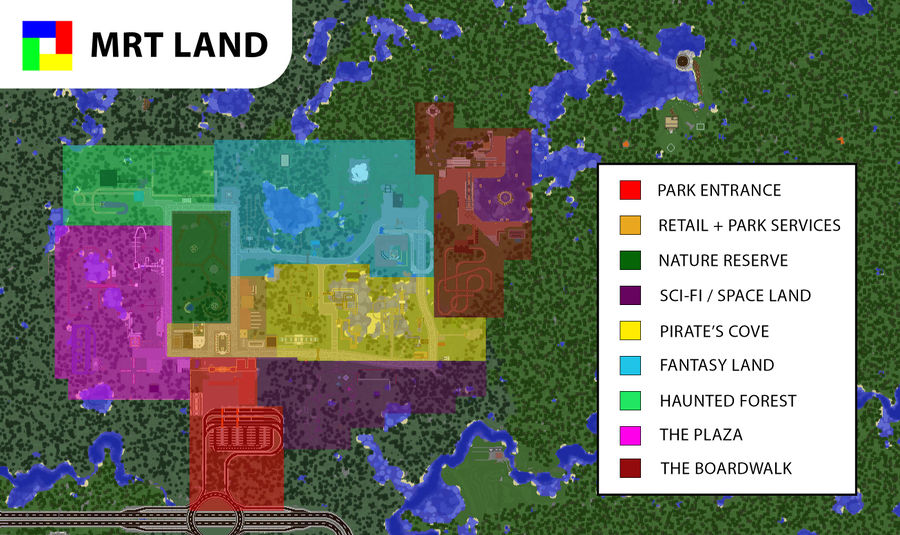 Guidelines for the park's themed zones

Shortly after becoming MRT Land caretaker, JTrain77 began an initiative to improve the existing park through clean-up and general improvements. This project has several goals:

This project is currently ongoing, and plans are subject to change. If you have any questions about this project, don't hesitate to contact JTrain77 using /mail or through discord.

In 2021, a monorail circling the park was constructed by JTrain77. The monorail runs in a clockwise loop serving five individually themed stations across the park. 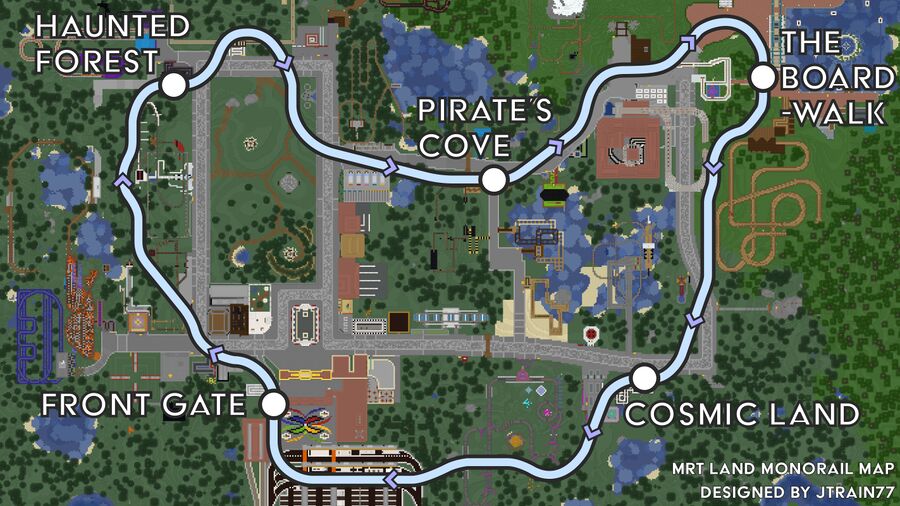