BirchView was established on the 30th of October 2014 and has since grown to be a Governor ranked city. BirchView is being served by the  C1 - ZN13  BirchView MRT station. The station exterior has been renovated to suite the city's modern theme. Over the days of building BirchView,it has gotten itself many notable dates such as the opening of Leydon International Airport. 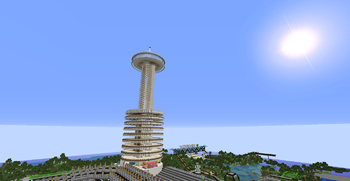 There are many ways to connect to BirchView from riding the MRT to Driving and Taking intercity trains.
Roadways 🚗:
1.

BirchView City is divided into 6 districts. In these districts, you will find many different kinds of building like highrised buildings in the Central business distrct and new city district.

In the Downtown District, you will find many high-end shops like Music's Gems, Rapid Coffee etc. You will also find the Downtown Transit Center where you can board a train or take a bus to other part of the city.

The Ocelot Housing District is where lower density houses can be found.

The New Town District is now one of the newest and modern district that can be found in BirchView. Buildings such as CitiRail and an elevated New Town metro Line can be found in this district.

The North-Light District is where the road connecting BirchView and Heights City can be found. It is also where the Regional Connect station can be found. 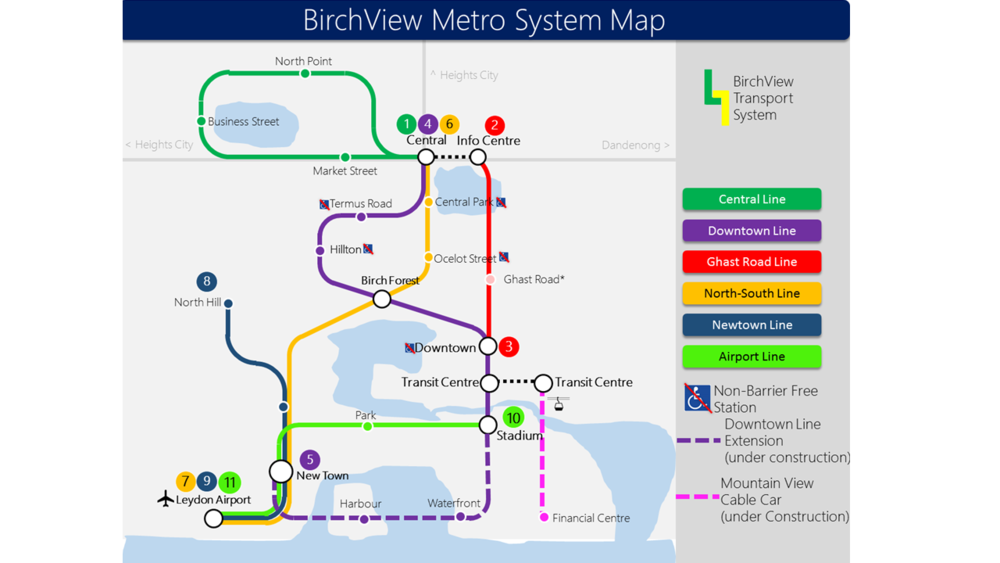 Take a look at the possible future metro map of BirchView too! 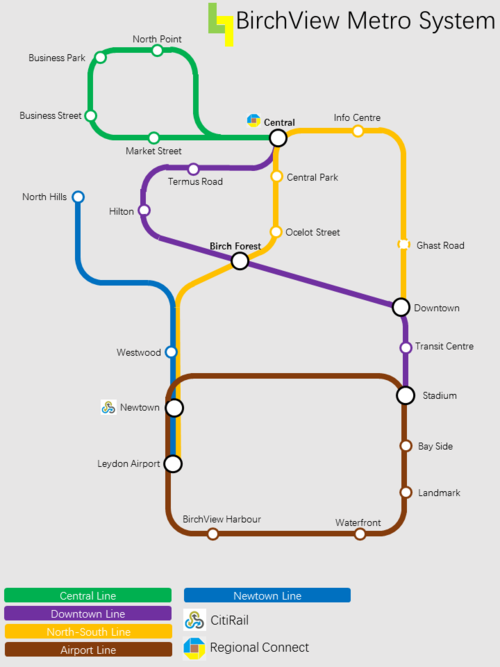