From Minecart Rapid Transit Wiki
Eagle Awards redirects here. Please go back to the page that linked you here and correct the link.
Jump to navigation Jump to search

The Eagle Awards is a ceremony that gives awards to airlines on the MRT server. The winners and nominees are chosen by the public, with the winners being announced at a ceremony. Formally the eristheeagle awards, the first award show was held on January 31st, 2015. Each category has four to five nominees, with the Outstanding Airline category having up to ten nominees. The awards were founded by Kiwirainbow after the partially unsuccessful MRT's Favorite Airlines Awards.

There are seven categories: Best First Class, Best Business Class or Premium Economy, Best Economy Class, Best Ground Service, Best In-Flight Service, and the Eris T. Eagle Server Achievement Award. Each category's nominees are determined by voting, as well as the winner. Voting is used for fairness when determining winners. To ensure fairness, a player may not nominate their own airline, however, they may vote for it. At the first Eagle Awards, OneMRT's airlines were nominated for a total of 21 awards, with only 3 of the 24 total nominations going to other airlines. Despite being a OneMRT member, many players were shocked to find IntraAir, which won Best Airline at the MRT's Favorite Airlines awards, to only have been given two nods. Later it was found that kiwirainbow, who organizes the ceremony, had accidentally left out the Best Routes and Destinations category. Following the mistake, IntraAir owner KittyCat11231 was announced as the Eris T. Eagle Award Recipient. Every ceremony, the categories have changed slightly. The Third Eagle Awards included Best Airline Lounges and Best Fleet, as well as Best Airport, which was first a category at the Second Eagle Awards. Due to few nominees, The Third Eagle Awards excluded the Best Airline Alliance category.

Feline Holdings is the official Sponsor of The Eagle Awards! 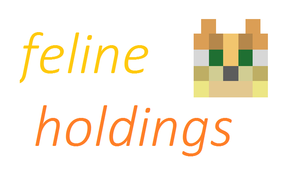 The First Eagle Awards were hosted by Music3_0 and KittyCat11231. They were hosted at The InterContinental Theatre in Central City on January 21, 2015.

The Second Eagle Awards were hosted by hntredtie and Gopher at the Epsilon Theatre in Airchester on March 28, 2015.

The Third Eagle Awards were originally supposed to be hosted by Gopher. However, due to complications, the formal ceremony was cancelled and the winners were announced via chat. However, a banquet is scheduled for the future to commemorate the awards.

The Fourth Eagle Awards were hosted on December 17th, 2016 at 8pm GMT.

The Fourth Eagle Awards will be hosted on June 9th, 2018 at 7pm GMT. This years Eagle Awards was sponsored by Epsilon Aircraft Manufacturing