Valemount: Let The Mountains Move You!

Valemount has been a slow developing city based off the the Valemount Village in British Columbia, Canada. Though none of the buildings in the city share any design resemblance with the actual village.

How To Get To Valemount

From Central City. Board The Expo Line at  X0  and Travel East to  XE22  and transfer onto the MRT Eastern Line and head North to  EN7  OR  EN6

Just south of the Willdamere Bus Stop, there is the Willdamere Auditorium which can be used for various community and national events if needed. It can host talent shows, community concerts, or unveiling events. 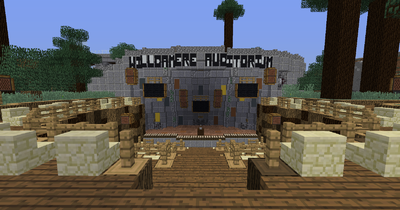