AT is home to the New World Naval HQ, ADF Academy, and Solarion shipyards for the Atlantis Defense Force. In addition, there are two more civilian boating docks, a cargo ship harbor, and a vehicle ferry dock. MRT Marina is located just north of AT's Merchant City District.

Due to acquiring Solarion XE18 - XE20 and Unit1224 old town from XE15-XE17 AT has Grown in size to Incorporate three districts of AT. In addition AT has recently acquired Merchant City XE07 and XE08 bring The number of Incorporated districts up to Four

Located at MRT stations XE07 and XE08. AT's Newest District From a town auction due to Technology99 inactivity. Some of the things that Merchant City contains are:

The Original area of AT located at MRT stations XE11-XE14. Old Town is the Seat of Power of the City of AT Some of the things that Old Town contains are:

Located at MRT Stations XE15-XE17. Orion District was acquired when Unit1224 went inactive and was acquired thru the town auction system. Due to receiving This new district this opened up AT to calming the District of Solarion as a district of AT. Basically Tripling the size of At overnight. Some of the things that can be found in Orion District are:

Located at XE18-XE20 and C15-C18. Solation once an independent Mayor level Town was incorporated into AT when AT incorporated Orion as well. Some things you can find in Solarion District is:

AT has one unincorporated area. These areas fall directly under the AT government.

This area is mostly industrial and Transportation industries. In this area, you will find 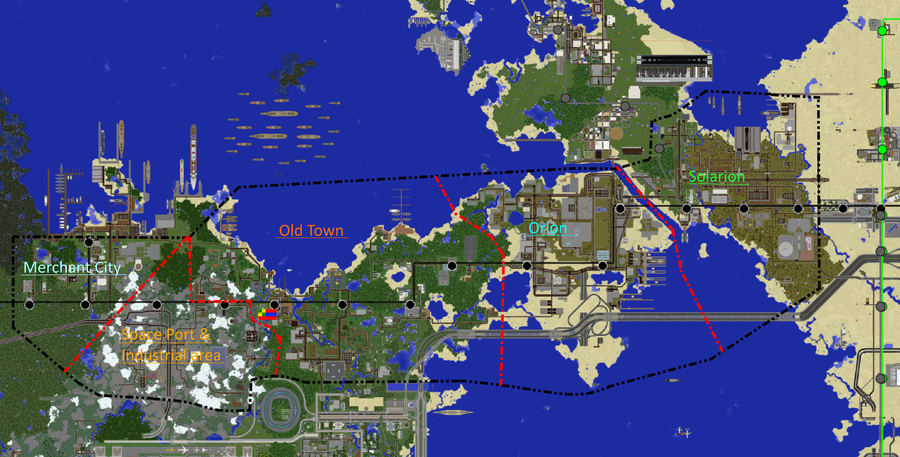 Some Interesting things at AT are.