From Minecart Rapid Transit Wiki
Bronte redirects here. Please go back to the page that linked you here and correct the link.
Jump to navigation Jump to search

Bronte was founded at an unknown date in the New World. In June 2017 Jian_Zen received it in a town auction, and he is the current mayor. It is situated in Ward 4, north of Tranquil Forest and south of Marblegate.

The Steward and Deputy Steward of Bronte are the official 'Mayor' and 'Deputy Mayor' respectively, for the purpose of MRT ranks. The Deputy Steward is a regular citizen and has the same role as every other citizen with the exception that, if the Steward is inactive for 6 months without prior notice, to call a vote in the People's Senate for the installment of a interim Steward until the Steward returns. If, by 10 months, the Steward has still not returned and not given any notice, another vote may be called for the installment of the interim Steward as full Steward.

The Steward and Deputy Steward live in 1a and 1b Capitol Hill respectively, and both have administrative offices in 1 Capitol Hill (The official 'Town Hall') 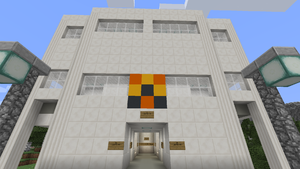 1 Capitol Hill, the town hall and apartments of the Steward and Deputy Steward 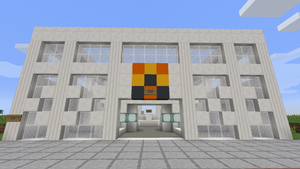 As the state is in its infancy, the senate has little power. However, as the senate grows, the steward will devolve more power to the senate in order to boost the growth of Bronte.

Everyone is welcome to build a franchise or house in Bronte. If you wish to do so, please /mail tomtomy8 on the server, or DM tomtomy8#5070 on discord. Non-first time builds are preferred, however if you have past evidence that you are a good builder then this will be wavered. The only rule to building a franchise in Bronte is you must also have a registered residence in Bronte. For this I am willing to pay a little more than usual.

Bronte works off a numbering system for each building. To work this out, start at the beginning of the road chose which side you are building. Left are even numbers, right are odd. Each 10 blocks is another number. This works out, for example: If a building takes 15 blocks on the road, and there is a 10 block gap between it at the end of the road, and it's on the left side of the road, it would be 3-5. No two places can have the same number. If in doubt, don't put one on and /mail Jian_Zen. The only exception to this rule is Capitol Hill, where the one building, the town hall, occupies 1, 1a and 1b Capitol Hill (1a and 1b being the Steward and Deputy Steward's apartments respectively).

Here is the current population of Bronte, as well as their registered addresses: