Southern Plains Rail is a rail company primarily serving the plains area in the South-east area of the New World. It is a member of UniRail. It was founded on 6th May, 2017 by Jian_Zen, and aims to fill the large gap in transport and especially warp trains in the south-east area.

Routes are split into five categories: (S) Shuttle, (L) Local, (R) Regional, (E) Express, (W) World. Each SPR branded route is given both a name and a number, and is advertised as such as stations and so forth.

Shuttles generally run only between 2-3 stations, and are simply connecting trains for moving between far off cities. They generally consist of a major SPR termini at one end, and a shuttle only station at the other hand. They are sometimes referred to as 'Branch Lines'. Currently, the new 2 Coach SPR Class 201 is being developed to cater to these lines.

The Paixton Line runs from Paixton Central in the south to Utopia AFK in the North. It derives its name from the southern terminal. It is run on behalf of the UC, which gives it the code W6.

Local lines generally run between 4-8 stations, and run within a small region, often calling multiple times per city. They generally use 4 coach SPR Class 100 EMU locomotives, although will soon hopefully be replaced by the new 4 coach SPR Class 200 EMUs.

The Bereinstein Line runs from Royal Plaza in the West to Bearainstein station in the East. It derives its name from the former name of Karuizawa town.

The Bishop's Hill line runs from Bronte in the west to New Richville in the East. It derides its name from its eastern penultimate station.

Regional Trains can serve anywhere betwen 4-12 stations. They generally only stop once per city, with a few exceptions, and there is generally a larger gap between stations than there are on Local lines. Regional trains use a combination of 4 coach SPR Class 200s EMUs, 2 Class 200s to make an eight coach train, or the eight coach SPR class 300 EMU.

The Bronte line runs from Schusterlans in the west to Bronte in the east. It derives its name from the latter city.

The Bronte line runs from Subton-On-Sea in the west to New Burningwood the east. It derives its name from the western terminus.

These are stations that SPR has promised to serve in the future:

All rolling stock used by SPR is developed by internaly hired engineers.

The Class 100 series were the first train to be put into use, starting on the opening section of the Bereinstein line between Dulwich and Silent Plains. They were designed to be cheap, reasonbly reliable and with good breaking time for the short distance route. However, as time went on problems were found with the ventilation systems, as well as widespread reliablity problems. Plans for a newer locomotive to replace the Class 100 were put in place, but were not ready for the opening of the Bronte line, with its first section between Tranquil Forest Central and Dulwich. Therefore this was the last route to see usage for the Class 100. The Class 200 is being developed to cater to the growing demands and to replace the old Class 100. 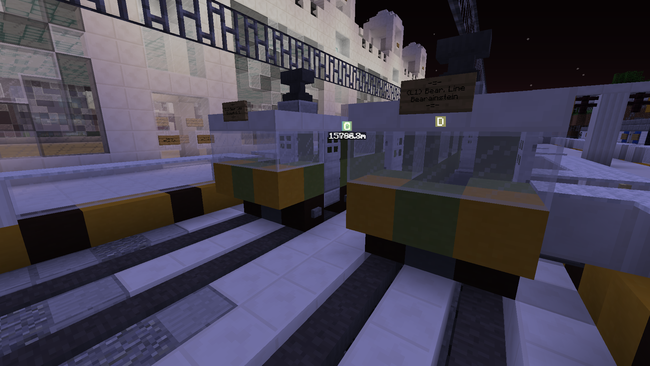 The Class 200 series were the next generation of SPR trains, boosting a higher max speed, greater reliability and better ventilation than their predecessor the Class 100. They were however considerably more expensive to design and produce, and so it took time for them to be rolled out to all the lines. The first iteration of the 200s was the 201 "Lincoln", built for the (S1) Paixton Line, which first started operating in April 2018. 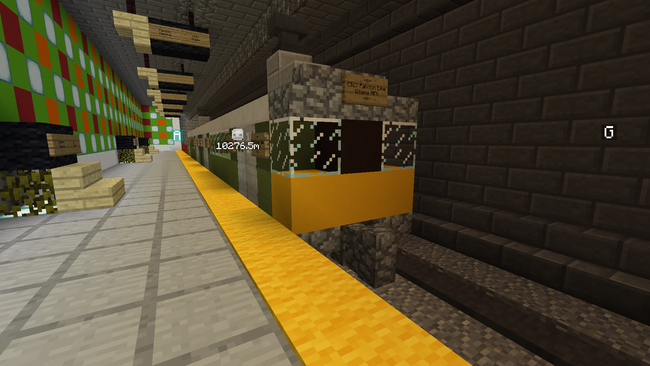 A Class 201 at Paixton Central station